First screenings and discussions in the States

The following is an excerpt from an email sent to the Community Supported Film team of filmmakers that has now been founded, post training, in Kabul:

This week I am working on a revised proposal for funding from the US Embassy, preparing for screenings and speaking opportunities and catching up on many many things left unattended while away.

Monday, I made two presentations of the films followed by discussions.  In both cases I introduced the training, the filmmakers, the work of CSF and showed the excerpts of the films and took questions and comments.

In the morning I presented to students and faculty at Harvard University’s Kennedy School of Government and in the evening to graduate students at the Massachusetts College of Art.  All were very impressed by the quality of the filmmaking, the amount learned and the issues of everyday Afghan life represented by the films.

To my surprise, a few of the art students in the evening didn’t believe the authenticity of the work – primarily because from their point of view the war is not mentioned or shown at all.  When I tried to explain that the film’s intention is to present outsiders a view of Afghanistan beyond the battlefront it became clear that the western media has created such a strong impression of Afghanistan being only about war, terror and extremism, that viewers can not trust a representation that does not include these things.  I am very interested to know what you and the others reaction to this is.  Have we created a false image of daily life in Afghanistan?  I don’t believe so but you should give some feedback.  It would be great if some of the filmmakers could be interviewed about this on tape.  I could include some of this then in the screenings.

Another response from a minority of the viewers was that these films do not represent an Afghan perspective because they feel too ‘western’ in style.  (And others felt they were too good in quality to actually have been made during the 5 week training!) This is very interesting because of course the intention of the training was to help professionalize Afghan documentary filmmaking – so that trainees can get work and make there own high quality films.

I am interested to know if for any of you, this ‘quality’ of filmmaking seems forced by a western stylistic approach?  To some art students in the US, if the films look to be made in the ‘western’ tradition of documentary filmmaking and do not include a unique Afghan documentary filmmaking style, then they can not represent an honest Afghan perspective.  This is a very interesting subject and one we should all think about and discuss further.  I would very much like to know if you all feel that an external style of filmmaking has been forced on you or that you have been taught ‘universal’ aspects of the art and craft of filmmaking and will move on to develop your own style as your careers develop?

I am missing you all very much, 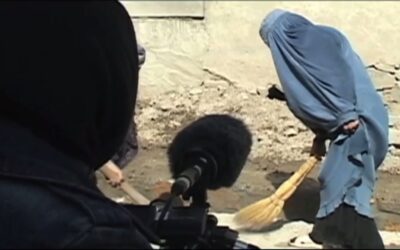