Community Supported Film wants to help your people, community, beneficiaries… tell their story. You provide the people, and we provide the documentary filmmaking training and production mentoring needed to get their stories told. Together we use these stories to inform public opinion from town halls to the halls of congress. 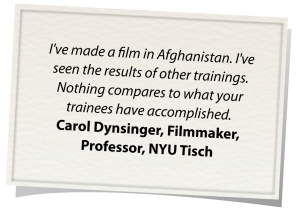 This model empowers under- and mis-represented people with the skills to communicate their concerns through documentary filmmaking. The training produces films that will serve your outreach, education, public policy and campaign needs. The knowledge gained is sustained and will keep on producing.

Let’s get together in a partnership of strengths. Partnering your people and ours, storytelling needs and production, public conversations and impact. This is about refusing to be defined and communicated about by outsiders who have their own interests and concerns. This is about strengthening local voices to use their own experience and access to tell their story from a uniquely insider perspective.

When the public learns about issues from the local perspective, they are better able to respond effectively.

Community Supported Film trains women and men to communicate their lived realities through documentary filmmaking. Their films are made to be used in local and international Screen&Discuss campaigns to inform public opinion and policy from town halls to the halls of congress. 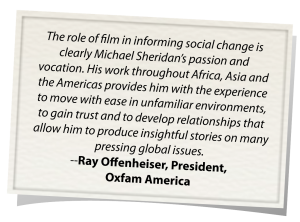 Community Supported Film has decades of experience teaching and producing documentary films. The organization specializes in conveying the social and economic concerns of developing countries and transitional communities around the world and impacting public opinion, action and policy.

We have worked in dozens of countries including Afghanistan, Haiti, Indonesia, India, Pakistan, the Congo, Malawi, Bolivia, Guatemala and the United States.  CSFilm has partnered with governments, NGOs, and educational institutions – including the Danish Department of Foreign Affairs, the Swiss Development Cooperation, Oxfam, Save the Children-UK, The Killid Group, the Art Institute of Jakarta and Groupe Medialternatif.

CSFilm works with each partner to develop and implement a:

Community Supported Film is committed to partnering with collaborators on fundraising.  CSFilm provides language, budgets, and timelines for project proposals. Collaborators provide a demonstrated sustained commitment to the people and issues at the center of the proposed project.  Funders are interested in projects that are collaborative and demonstrate that the outcomes of the training, film production and public engagement are an integrated part of the collaborator’s ongoing community development, education and advocacy work.

In the interest of amplifying the voices and expertise of Afghans, Community Supported Film used its proven action-based learning techniques to conduct an intensive production training for Afghans in documentary filmmaking in 2010. This was a partnership with Afghanistan’s leading independent public media group, The Killid Group.

The Killid Group in consultation with CSFilm conducted a nationwide call for applicants. 10 Afghan trainees were selected – including four women, and representatives of three ethnic groups. The trainees did not need any previous knowledge of filmmaking. They were required to have a background in some form of storytelling, such as in theater, radio, print or photojournalism. Trainees were also selected based on their level of engagement with their community’s social and economic development issues, and their capacity to use documentary filmmaking in their ongoing work.

During the 5-week intensive training, facilitated by translators and local staff, the trainees were immersed in the technical and artistic components of documentary film production and storytelling. The training included instruction from local Afghan experts in the field of socio-economic development work, to provide the students with an understanding of the issues and introduce them to potential story subjects. After three weeks of rigorous exercises in camerawork, sound and storytelling, each student developed and produced a character-driven short documentary.

The 10 films produced by the trainees were compiled in the collection The Fruit of Our Labor: Afghans Perspectives in Film, offering a personal and first-hand Afghan point of view rarely seen or heard outside of Afghanistan. As a series, the films bring to life Afghans’ daily efforts to address their challenging social and economic conditions, such as the effects of heroin addiction on Afghan families, and flash floods and dangerous droughts that threaten most Afghans more than insurgent attacks. Afghan culture is illuminated through intimate conversations, and films broach topics such as local education initiatives and entrepreneurship in the face of disability. 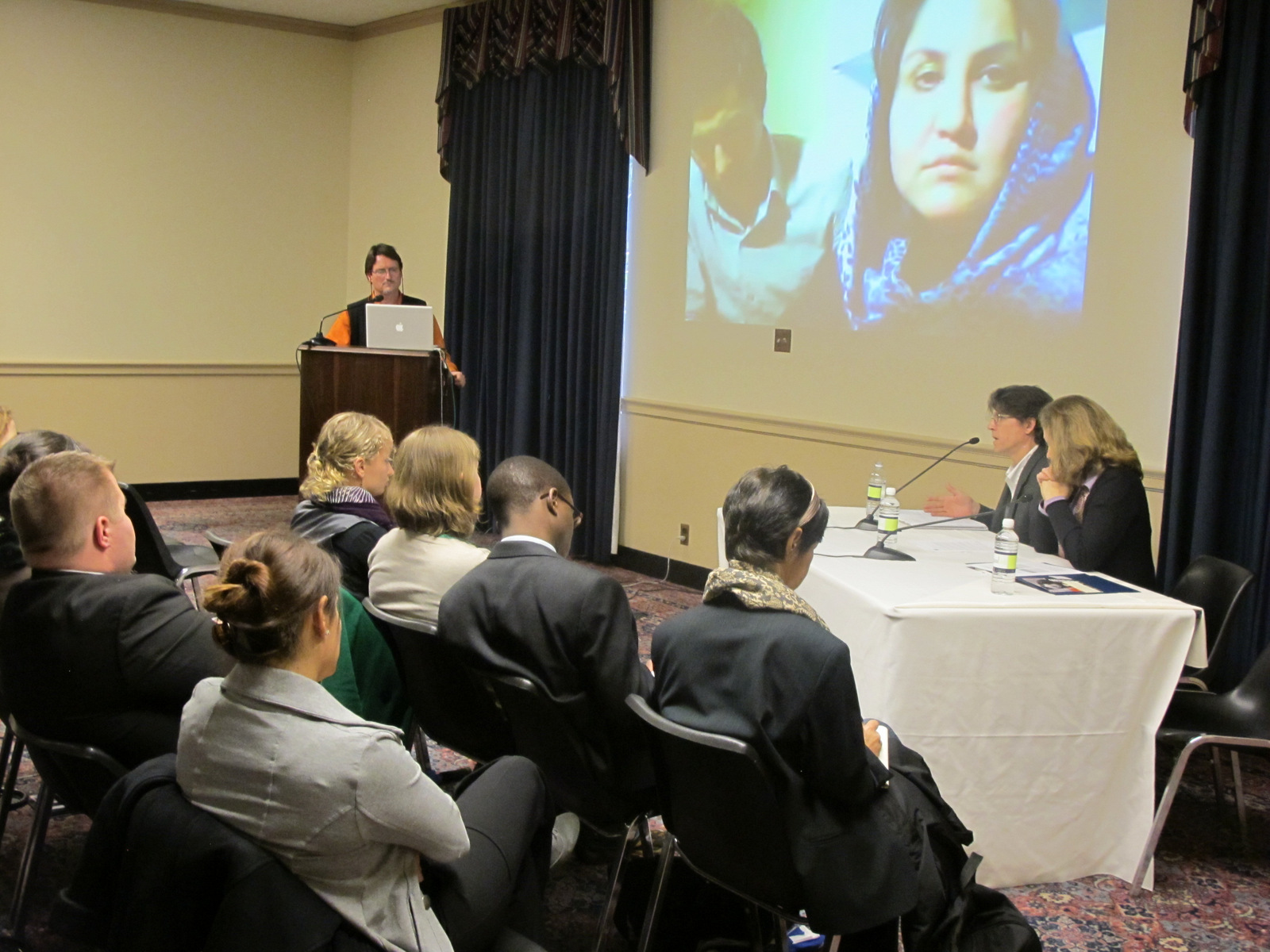 The Fruit of Our Labor films served as the basis of a public engagement campaign inside and outside of Afghanistan – stimulating dialogue and debate among government officials, the aid community, local leaders, and the general public about Afghan socioeconomic issues. Audience engagement collaborations were formed with American Friends Service Committee and 3P Human Security to present the films at a Congressional Briefing in Washington DC, with Women’s Action for New Directions as the basis for a teaching webinar, with the Windows and Mirrors traveling art exhibit about the war in Afghanistan, as part of an action email campaign organized by the Friends Committee on National Legislation, and as a key component of the national Compassion Campaign for Afghan Civilians.

The variety of film topics and their short length served to meet the needs of different audiences and different modes of presentation: broadcasts, internet screenings, DVD distribution, and screenings events in communities, institutions, and classrooms. The films were one component of a public engagement campaign that included publications and a web site to stimulate discussion and participation.

The films were screened at more than 60 venues, including at institutions such as the US Institute of Peace and the World Bank, universities, community screenings, and festivals, including North America’s premier festival, Hot Docs. One of the documentary shorts, Death to the Camera, won Best Documentary at the first Human Rights Film Festival in Kabul, Afghanistan and the prestigious $10,000 Promotion Prize from the Winterthur International Short Film Festival.

For further inspiration, learn about our partnerships with US immigrants and Haitians: