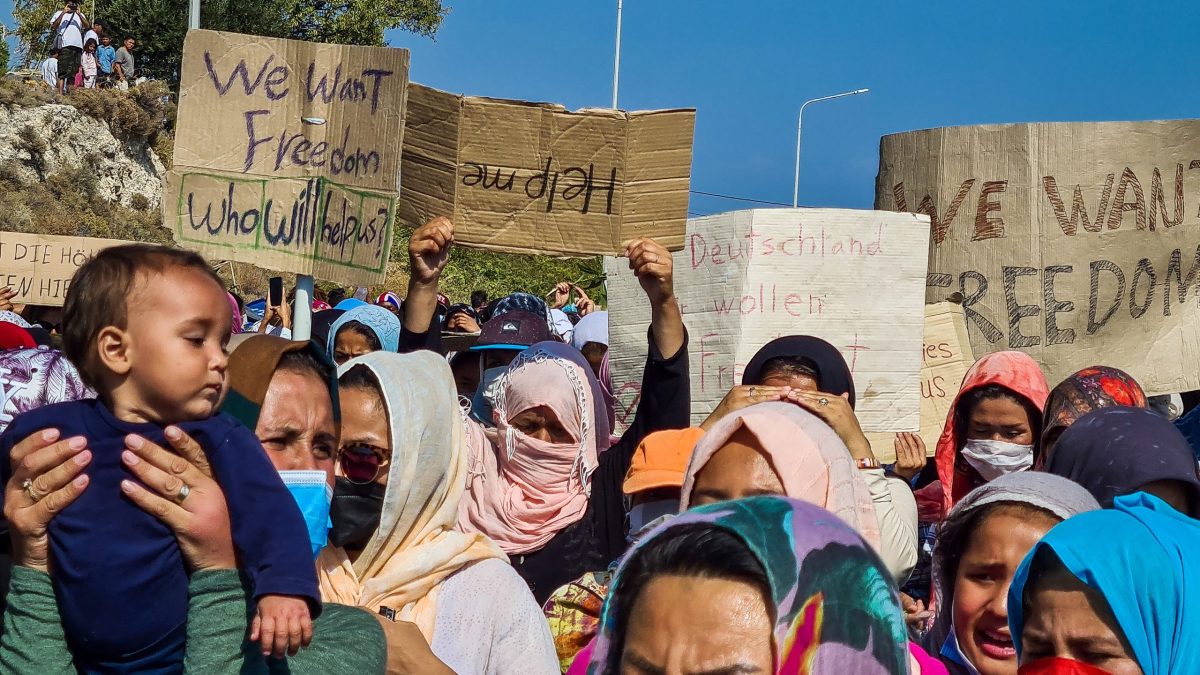 In Nothing About Us Without Us, a 2022 documentary film produced by ReFOCUS Media Labs and commissioned by Allianz Kulturstiftung, refugees of the Moria camp in Lesvos, Greece, are behind the camera, reclaiming control of their narrative.