August 25, 2021
After a thirty-four-hour sleepless marathon, we finally got three CSFilm colleagues and their families through the hell of the Taliban checkpoints and the crushing crowds. Was able to navigate them to Polish troops who were outside the perimeter looking for people with a large bold P drawn on their palms. Two families of six with small children and two newlyweds all got into the airport. First two families were told their names were not on the Polish list. Screen grabs of list images sent around the world allowed them to be squeezed through the first layer of bureaucracy that is going to consume their lives for many many months if not years Those are the positives. Two more families didn’t make it and one  watched the Taliban kill his friend as a group including his wife and two children tried to get through the Taliban checkpoint. Today we try again with these shell-shocked families and more screaming on the phone and over the computer for help. 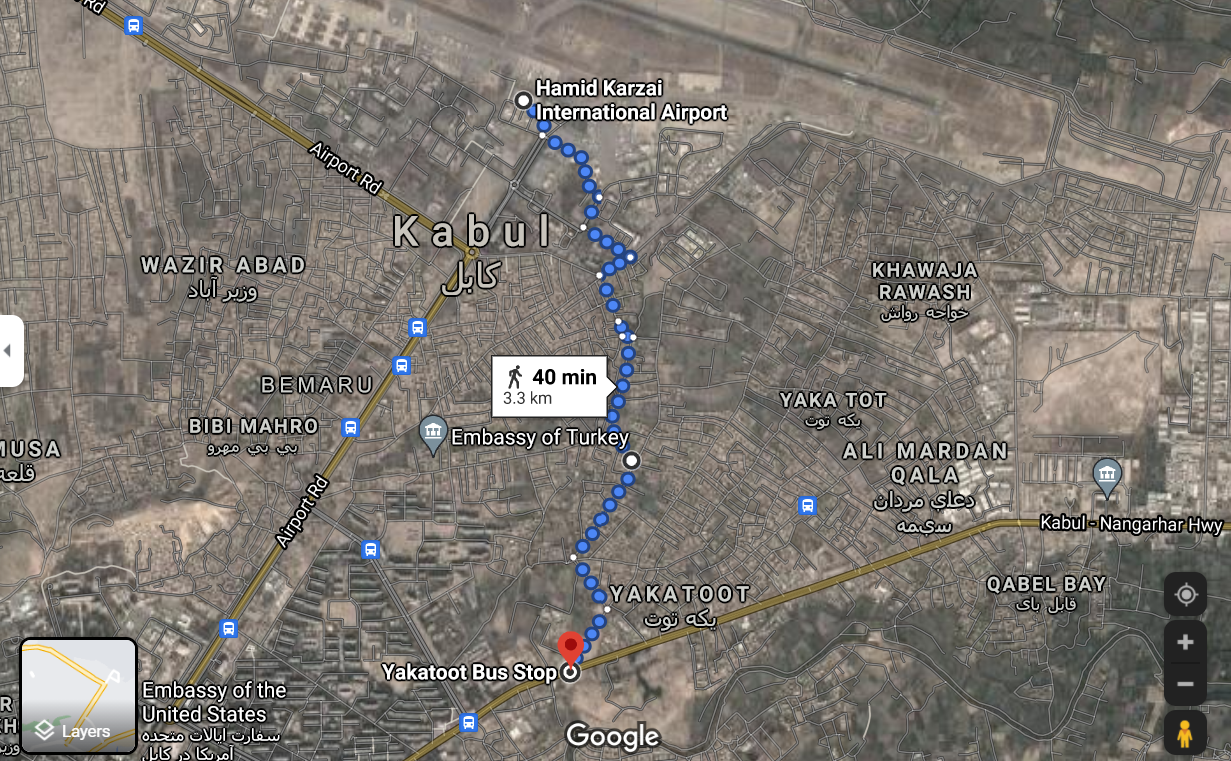 The first leg of a Wahid’s 13 hour walk to the airport and Polish troops. 40 mins on google maps was 6 hours in Kabul