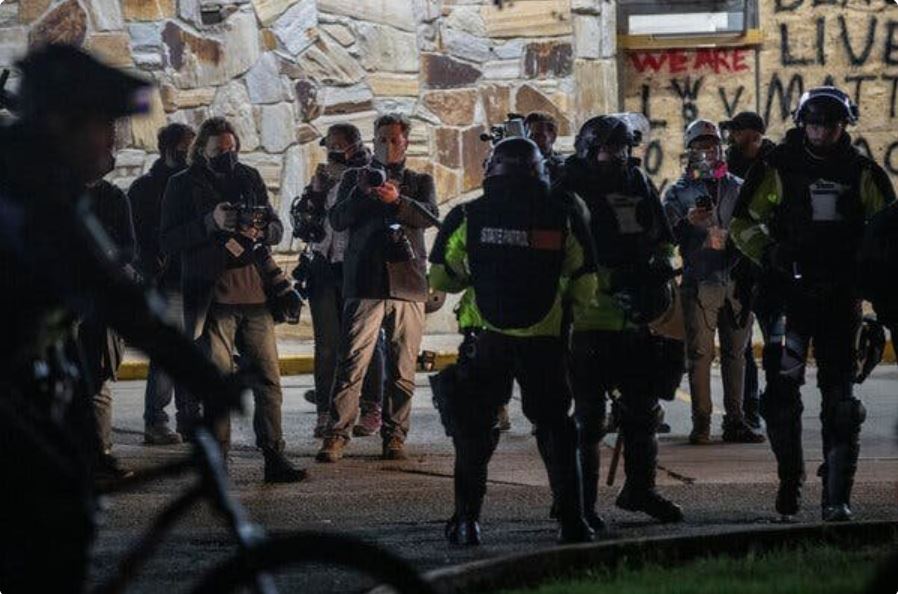 As protests continued over a police officer accused of killing Daunte Wright during a traffic stop in Minnesota, journalists have been subjected to numerous instances of mistreatment by Minnesota state police. Joshua Rashaad McFadden, a Black freelance photographer who was covering the protests for the New York Times, told the paper that the police surrounded the car he was in on Tuesday as he tried to leave the protests. “It was definitely scary — I’ve never been in a situation like that with so many police officers hitting me, hitting my equipment,” he said, adding that police did not believe his press credentials were real. Carolyn Sung, an Asian American CNN producer, was seized by police, despite identifying herself as a journalist, and was zip-tied while a state police officer yelled “Do you speak English?” Sung was then then taken to a nearby jail, where she was subject to an invasive search and forced to wait in a cell for several hours before finally being released. Still other journalists have been pepper-sprayed despite identifying themselves, or had their credentials taken.

Many of these incidents — including one in which journalists were forcibly stopped and made to lay on the ground, before having their identification photographed, and in some cases being detained for several hours — occurred after a district court judge issued a temporary restraining order on Friday barring police from harassing journalists, to include threatening arrest and seizing camera or recording equipment. In one incident, a state police officer grabbed a photojournalist, pulled him out of a line, and took away his phone while another officer held his arms behind his back. When the photojournalist asked why he was doing this, the officer reportedly said, “Because that’s our strategy right now.”  Read More