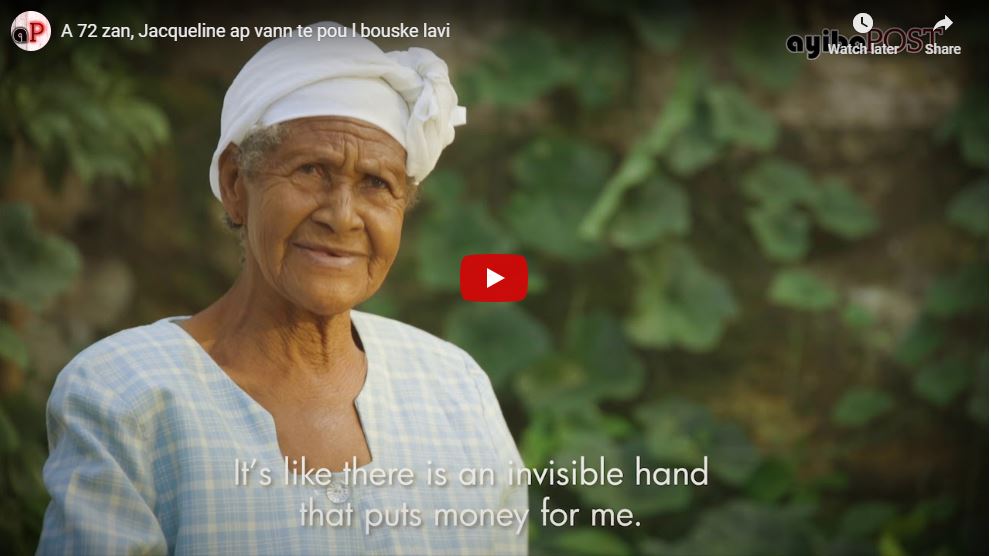 Ralph Thomassaint Joseph, the producer of this story and short video, was the force behind csfilm.org‘s 2014 doc filmmaking training that resulted in the collection of 10 short films, Owning Our Future – Haitian Perspectives in Film (https://csfilm.org/films/haitian-perspectives-in-film/).

He is the Chief Editor at ayiboPOST and has just produced this story and short film about an infectiously positive and generous 72 year old tea maker squeaking out a living for herself and her extended family in Haiti. It has over 500,000 views on Facebook and over 20,000 views on Youtube, Twitter and Instagram.

Ralph wrote to me that “The story sparked a great movement of compassion and generosity. Yesterday night, an online fundraising has collected $5000 US to help Jacqueline leave the streets definitely. Many people have called her to send their support and express their love. The story is not about misery and begging. People have seen in her a brave Haitian woman who believes in working despite her age. I thought a lot about you and what you taught us while making this video.”

At a time of blinding challenges and disappointments, there is hope! Thank you Ralph. Thank you Jacqueline.