“Where are you from?” – Immigrant Origins Stories 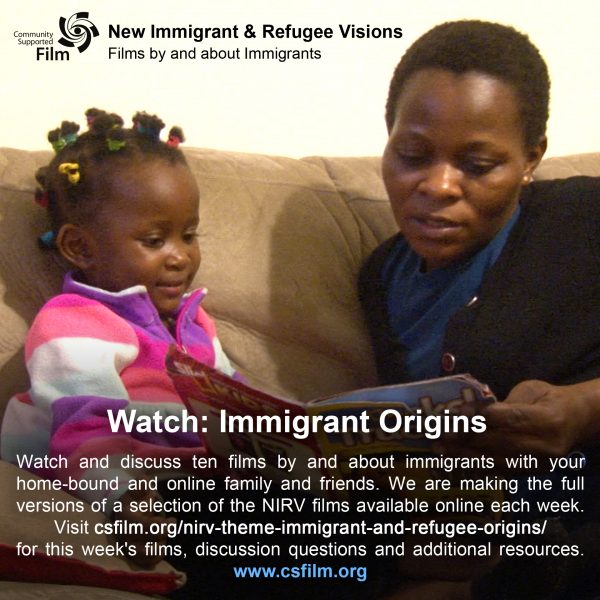 Here are the ten films from New Immigrant and Refugee Visions – ten films by and about immigrants – organized by the origins of the filmmakers and subjects: Africa, Asia and the Caribbean.

In these difficult times, we need your help to organize NIRV Screen&Discuss events in your community to raise awareness about the issues facing new immigrants and refugees.

New Immigrant and Refugee Visions (NIRV) is a collection of documentary films by and about new immigrants in the United States.

In response to the current crisis we are making these films available online for free for a limited time. Help us cover our costs by donating.

Buy the films and support CSFilm by asking your town or institution’s library to purchase the films.