The 10th anniversary of the devastating earthquake that struck Haiti is Sunday, January 12th.

In 2014 CSFilm was lucky to find Ralph Thomassaint Joseph to lead its documentary filmmaking training and production process. The project lead to the training of 10 Haitians and the creation of 10 short films in the collection Owning Our Future, Haitian Perspectives in Film.

Ralph is now Editorial Director at AyiboPost.  Posted below is his deep-dive article on the social, economic and political crises that have followed the earthquake (see the original in French, or use your browser to translate it).

AyiboPost is the online source of news and information for many Haitians and CSFilm is so pleased that Ralph has reconnected with CSFilm to partner on a new program of video-journalism training and production in 2020.  It is essential to strengthen Haitian capacity in high-quality journalism and documentary filmmaking so as to hold their government, institutions and the international community accountable.

We have posted links to a number of this week’s investigative articles but find them all at AyiboPost and use your browser to translate as needed.

Natural disasters, corruption, political instability and political neglect. So many combined ingredients that justify why Haiti has lost the opportunity to change paradigm for the past ten years. 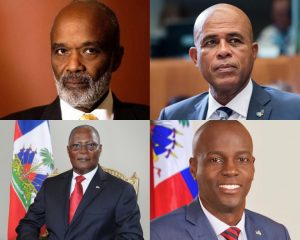 For a country that suffered as terrible a shock as the earthquake of 2010 with officially 300,000 dead and millions displaced, it was hard to understand the importance of holding elections. But the stake was too great for the community. The evocation of the 300,000 dead and the shocking images unfolding on international channels would provoke unprecedented global solidarity in Haiti.

The humanitarian effort which was about to start should not be encumbered with the illegitimacy of a power, especially when it was necessary to bring the State to commit. Because, several billion dollars were at stake. Officially, after tumultuous elections in 2010, Michel Martelly was elected with 67.57% of the votes. 716,986 votes. Pierre Louis Opont, director general of the then Electoral Council, will declare that these results are not the true expression of the votes . It will be known later that the fraud was orchestrated by the United States. American journalist Jake Johnston will publish an investigation into Al Jazeera which will reveal that USAID was funding groups close to Michel Martelly to promote him in the elections.

The end of Michel Martelly’s mandate will end in a political crisis. The negotiations will bring Senator Jocelerme Privert to power. It is under his presidency that the contested elections of 2015 will be reorganized which will bring to power Jovenel Moïse, the foal of Michel Martelly. Jovenel Moïse is elected president under the banner of the Haitian Party Tèt Kale (PHTK) with 590,927 votes out of an electoral population of six million voters.

Source: AyiboPost, 09 January 2020, Ralph Thomassaint Joseph, Over 170 ministers and other staggering figures from the past decade