Thank you to everyone (~50 of you) who joined CSFilm and the Commission on Immigrant Rights & Citizenship (CIRC) at the Cambridge Public Library on October 12, 2019 for a screening of films from the New Immigrant and Refugee Visions collection and a discussion with filmmakers and film subjects. 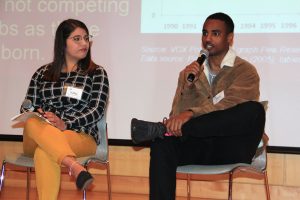 Filmmakers Abdirahman Abdi (Somalia), Katsyris Rivera-Kientz (Puerto Rico) and Mubarak Muwonge Nsamba (Uganda) opened the event with a presentation about the mission of CSFilm — to strengthen communities by amplifying local voices — as well as an introduction to the New Immigrant and Refugee Visions (NIRV) project.

The three films screened were Worlds Apart at Home, by Abdirahman Abdi; Pulse of a Dream, by Mubarak Muwonge Nsamba; and Rhythms of Respect, by Katsyris Rivera-Kientz.

It was a powerful experience to share the work of immigrant filmmakers with the Cambridge community. 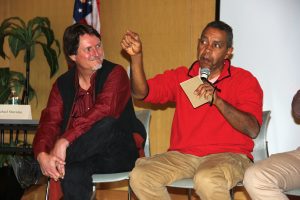 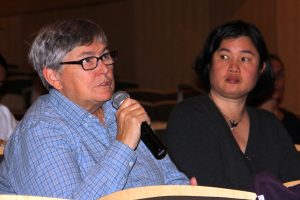 Many thanks to the Cambridge Public Library, Nancy Schlacter and the Commission on Immigrant Rights & Citizenship (CIRC) for hosting and helping us organize this event.