ON HAITI | Haiti’s new crisis and the humanitarian risks 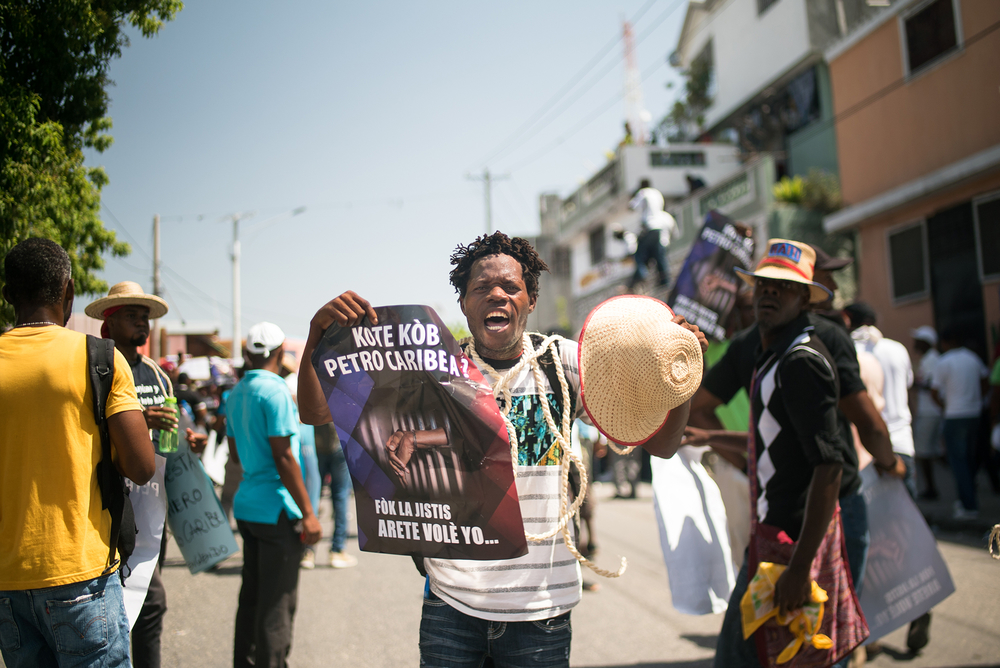 Protests have erupted at high inflation, soaring prices, and a political elite accused of siphoning off billions of dollars in foreign aid.

The last decade has been cruel to Haiti: one of the world’s deadliest ever earthquakes struck in 2010; cholera, brought in accidentally by UN peacekeepers, then ravaged the country for years afterwards, claiming at least 10,000 lives; and, in October 2016, Hurricane Matthew wiped out 90 percent of buildings along the southern coast at an estimated cost of $1.9 billion.

The Caribbean country is now gripped by deadly protests over allegations of government corruption and the crippling effects of stubbornly high inflation – protests that could bring down President Jovenel Moïse and have already plunged the nation of 11 million people into renewed uncertainty.

One of the most vulnerable countries to extreme weather events, Haiti has long had chronic problems trying to feed its population. In December, the UN’s World Food Programme stated that “between March and June 2019, it is projected that 2.6 million people will be acutely food insecure, including 571,000 in a food emergency.”

But the current political and economic crisis, aid officials are warning, will only worsen the humanitarian prognosis for what is already the poorest country in the western hemisphere.

Why did protests erupt?