East Somerville Main Streets, The Welcome Project, Connexion, Cambridge Health Alliance, and Somerville Media Center are excited to turn the Chuckie Harris Park into an outdoor movie theater August 9, 2019. This year’s films cover many genres and are from filmmakers representing a wide variety of countries. 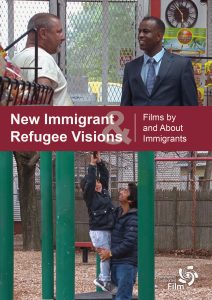 Community Supported Film (CSFilm) trains women and men in underrepresented communities to use documentary filmmaking to reveal their economic and social realities. Their films are used to stimulate dialogue informed by local perspectives. During the last four months of 2017 CSFilm trained new immigrants and refugees in character-driven, scene-based documentary filmmaking. The subjects they chose, and stories produced came out of this training and production process.

New Immigrant and Refugee Visions (NIRV) is a collection of documentary films by and about new immigrants from 13 countries of origin. The films were made during a 2017-18 CSFilm training and production project. The stories produced provide a unique insider perspective on the integration challenges faced by immigrants and the contributions they make to our culture, economy and social fabric. The filmmakers made these short films to engage communities in dialogue about immigrants and immigration.

Lift with Your Heart, by Braulio Tellez-Vilches : (7 mins 47s)

More information on at https://www.eastsomervillemainstreets.org/movie-nights-in-the-park