Ten films by and about immigrants, a celebratory screening 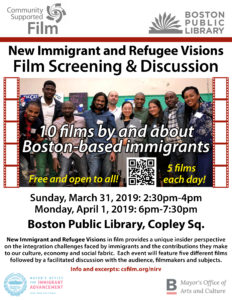 Join Community Supported Film (CSFilm) and the New Immigrant and Refugee Visions (NIRV) filmmakers to celebrate the premier of all ten documentary films by and about immigrants and refugees.

Five different films will be screened & discussed at each event
Details 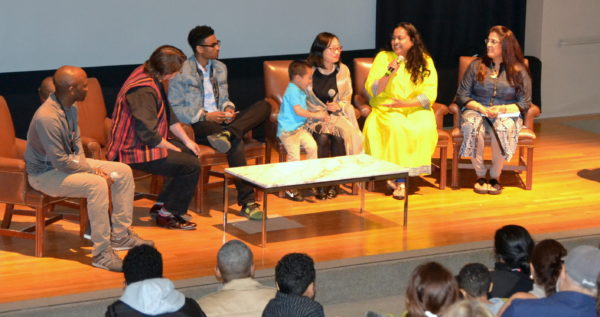 Each event will feature five different films followed by audience discussion with the filmmakers and film subjects about the issues raised by the films, including:

– The impact of immigrants on economic, social and cultural conditions;
– Similarities and differences between Americans from diverse backgrounds;
– Integration and assimilation enablers and inhibitors;
– Media coverage and public perceptions of immigration and immigrants;
– Immigration policy and practice.

Audience members will receive resources for exploring these issues in greater depth and suggestions for how they can use these films to stimulate dialogue in their own communities.

Part 1 – Sunday, March 31, 2:30-4p
She’s an American Child by Rafael DeLeon of the Dominican Republic
Navigating Hope by Sayed Najib Hashimi of Afghanistan
Lift with Your Heart by Braulio Tellez Vilches of Cuba
Campaign for a New American by Qin Li of China
Pulse of a Dream by Mubarak Mwonge Nsamba of Uganda
Part 2  – Monday, April 1, 6-7:30p
Worlds Apart at Home by Abdirahman Abdi of Somalia
The Fixer by Wilson Thelimo Louis of Haiti
Borrowing Fire by Kebrewosen Densamo of Ethiopia
Rhythms of Respect by Katsyris Rivera-Kientz of Puerto Rico
Seeking Settled Ground by Mohammad Arifuzzaman of Bangladesh 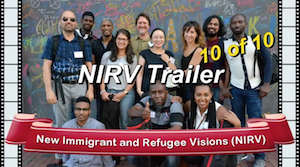 View our new NIRV Trailer and watch excerpts of each film

You can help share immigrant stories to increase understanding and motivate action:

Organize a Screening in your Community

We need your help to reach as many people as possible with these unique insider immigrant perspectives. Thank you to all the Friends of CSFilm.