“Somos valiente!” — We are brave, said an audience member who believes that immigrants always put themselves forward. She emphasized that immigrants should take pride in maintaining and sharing their cultures, foods and languages. She is one of many immigrants in CSFilm’s home community of Roxbury, MA, where we recently held a NIRV Screen & Discuss event. The event took place on Wednesday, October 9 at St Augustine & St Martin’s Church, which rents us our office space and generously donated the space for the NIRV training. 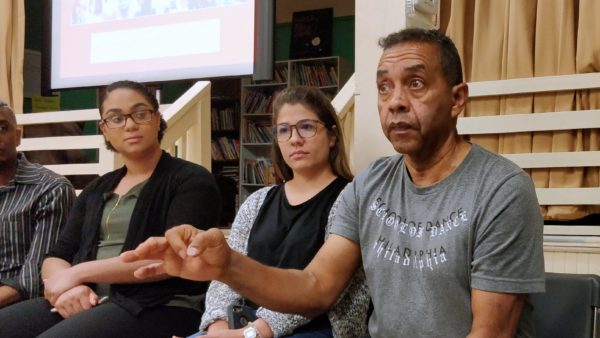 New Immigrant and Refugee Visions (NIRV) uses films made by and about immigrants and refugees to raise awareness and foster empathy about immigration issues at a time when people are divided in their beliefs. While our target audience is non-immigrants who are both welcoming and resistant to immigrants, we also strive to engage new immigrant communities to empower them and to encourage their civic participation. Since the church has an after-school program that includes many Puerto Rican and the Dominican families, they asked us if we would present two films made by and about people from Puerto Rico and the Dominican Republic.

The screening opened with Katsyris Rivera-Kientz’s film Twist and Discover. Katsy, a graduate student from Puerto Rico, wanted to shed light on the work of Puerto Ricans in the US. The film focuses on Jorge Arce, a cultural activist whose music, dance and storytelling engages youth and adults in cultural awareness and community activism.

Rafael De Leon, from the Dominican Republic, screened She’s an American Child, about the uncertainty facing an undocumented woman from the Dominican Republic and her daughter who grew up in the United States. The audience appreciated the film’s focus on the relationship between the mother and daughter. During the discussion, Annabelle further elaborated on her fear of being separated from her mother and her struggle with cultural identities. She shared that she constantly grapples with the possibility of having to leave the home she knows and has grown up in, for a country that she is from but doesn’t know. 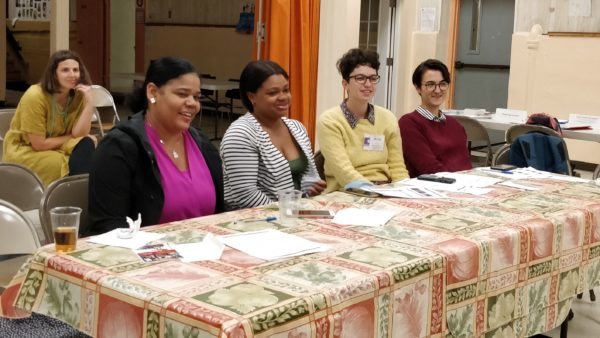 The NIRV films convey real stories of immigrants and refugees, aiming to spark open conversations across communities that both support and oppose immigration. CSFilm Founding Director Michael Sheridan, brought the discussion to an end by asking people to try and get into conversation, one-on-one, with people that don’t look like us – if an immigrant or refugee, with people outside our circles; if born in the US, with people from other cultures who are new to the country. This country will not get out of the rut of division that we are in unless we make a special effort to start talking with one another across our cultural and political divides.

View excerpts of the NIRV films and organize a Screen & Discuss event in your community! Our Action Toolkit and a lot more information and resources are available online.

And, please, in order for us to Screen & Discuss these films in communities around the country, we need your support!

Thank you to the organizers at St Augustine & St Martin’s Church, especially Rev. Evan Thayer and Rev. Dorothella Littlepage. Thanks also to our community members who joined us at this event.