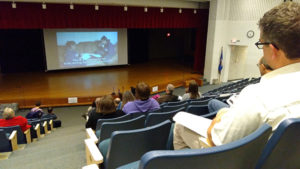 “It’s taken me a long time to learn that when talking with those whose opinions are different from mine I can’t be curious and judgmental at the same time.” — This was said by an audience member during a New Immigrant and Refugee Visions (NIRV) Screen & Discuss event in Saint Paul, Minnesota. A deep breath and ‘ah ha’ rippled across the room as each recognized or grappled with the potential of being curious about and non-judgmental of those they disagree with.

In this case, at the Wilder Foundation in Saint Paul, many in the audience came to the discussion with a welcoming attitude toward immigrants and refugees and a belief that immigration is fundamental and beneficial to life in the US.  The question put forward by presenter Michael Sheridan, CSFilm’s Founding Director, was how to talk one-on-one with people that have a different opinion about and experience of immigrants and refugees? 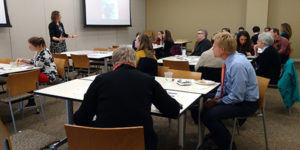 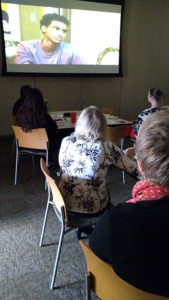 In Rochester, Minnesota at a NIRV Screen & Discuss organized by the Diversity Council, new immigrant and native-born audience members found common ground in what surprised them about aspects of the films’ stories.  The new immigrant was surprised to realize that other immigrant communities, whose youth seem so obedient and disciplined, deal with inter-generational tensions. Similarly for native-born audience members, it hadn’t occurred to them that any new immigrant families deal with what they thought was the American phenomenon of adolescent resistance. Another second-generation American said that they had never come to terms with their grandparents ‘obsession’ with their country of origins’ culture, language and religion. The films allowed her to experience and understand this universal tendency through the lives of others.

Common ground can be found and our entrenched and ever more violent divisions addressed. To do so, many in these Minnesota audiences agreed to push themselves on a daily basis to talk to people outside their circles — with curiosity and without judgment.