US Project more challenging to implement than in Afghanistan or Haiti

It turns out that doing a Community Supported Film training and production project in the US is much more challenging than in Haiti or even Afghanistan. This came as a surprise to all of us!

When the New Immigrant and Refugee Visions (NIRV) training began in July 2017, the plan was for the films to be finished by the end of the training in November. We had an incredible and inspiring four months of learning and working together with ten new immigrants in Boston, but despite all the great energy and effort, when the training wrapped up we only had a couple of films near completion. We’ve all worked hard since – especially the filmmakers whose lives are pressured by many demands. Nonetheless, this week we had to face the reality that the films will not be ready by our hoped-for premiere on March 19th at the Boston Public Library. 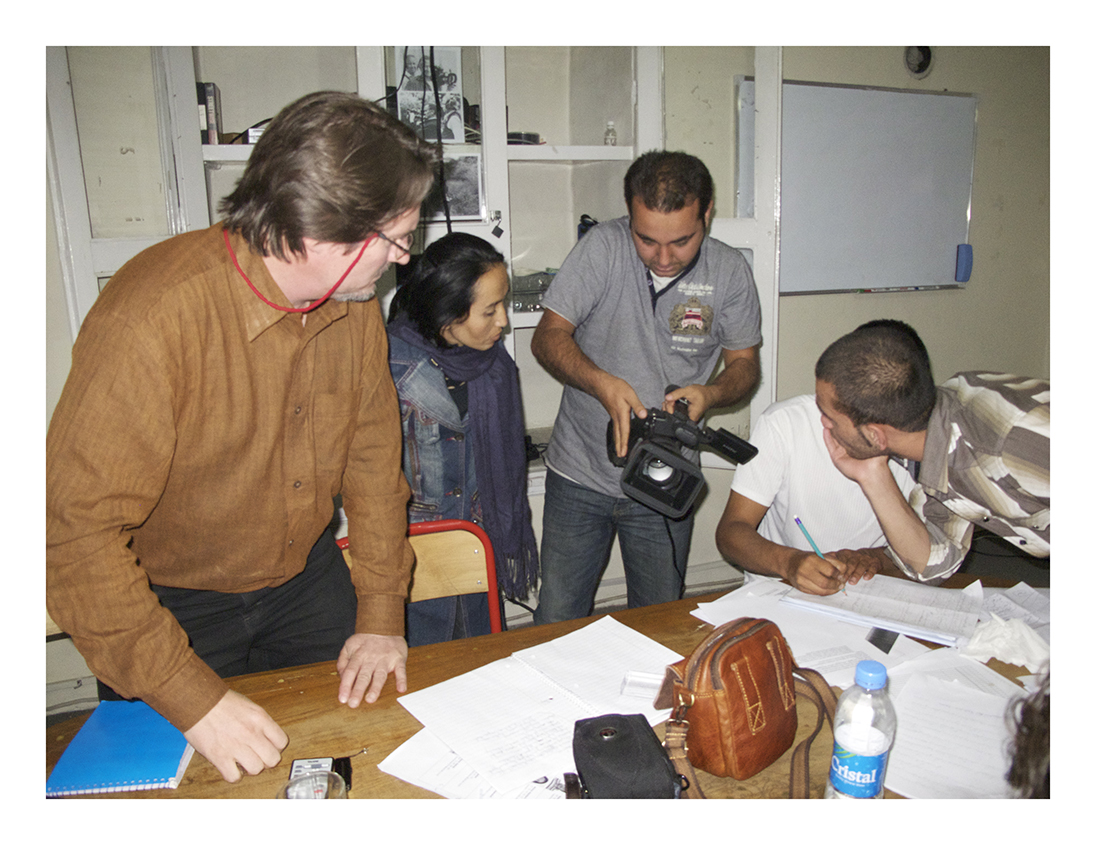 More and less
In Afghanistan in 2010 and Haiti in 2014, the training and production process ran full time for five weeks. How was this possible? The trainees had the flexibility at work to allow them to participate in this training opportunity, or they were living on a patchwork of jobs that allowed for flexibility in their schedules. For those with children, their extended family already had an integrated and interdependent network of caretakers.

In the US, seven of the ten participants immigrated within the last two years. To varying degrees all were navigating a new city, a new language, and a new country for themselves and their spouses and children. They didn’t have a network to help with childcare. Their employers did not have the interest or capacity to give them the time off. This required that the training and production process be spread out over 15 weeks, meeting Wednesday evenings and full days on Saturdays.

Learning and relearning
The difference in training and production schedules impacted the process in more ways than anticipated. No matter how the training is done, there is a very steep learning curve. Whatever you are learning, if you can devote your full attention to it, chances of retaining that knowledge are much better than if there are several days in between the learning, especially if during that time you are involved in a myriad of other responsibilities – including multiple jobs and and the demands of raising a family.

In addition, when the training runs full time, as it did in Afghanistan and Haiti, the participants are continually learning and practicing together. Each person has different strengths – technical, visual, story development, etc. – and they can share their skills with each other. In the US the participants had to do a lot of their learning and final project production on their own. They were living too far from each other and couldn’t coordinate their busy out-of-class schedules to work together.

The subjects of the films – all new immigrants or refugees themselves – added another layer of complication. Story subjects in the US were less willing to participate or got cold feet during the production process. This happened oversees but less frequently. Fear and uncertainty are concerns for many new immigrants and refugees in the US who are working their way through the immigration process or trying to get settled with a place to live and work.

What really surprised us was the number of subjects that refused to participate because they did not want people in their country of origin to know what their daily life is like in the US. If their living conditions were not great or they were working seemingly menial jobs, they may have felt shame in sharing their stories; if their situation looked good, they worried about being asked for more money back home. These concerns didn’t apply to everyone who was approached, but this was a factor that some of our filmmakers had to deal with. 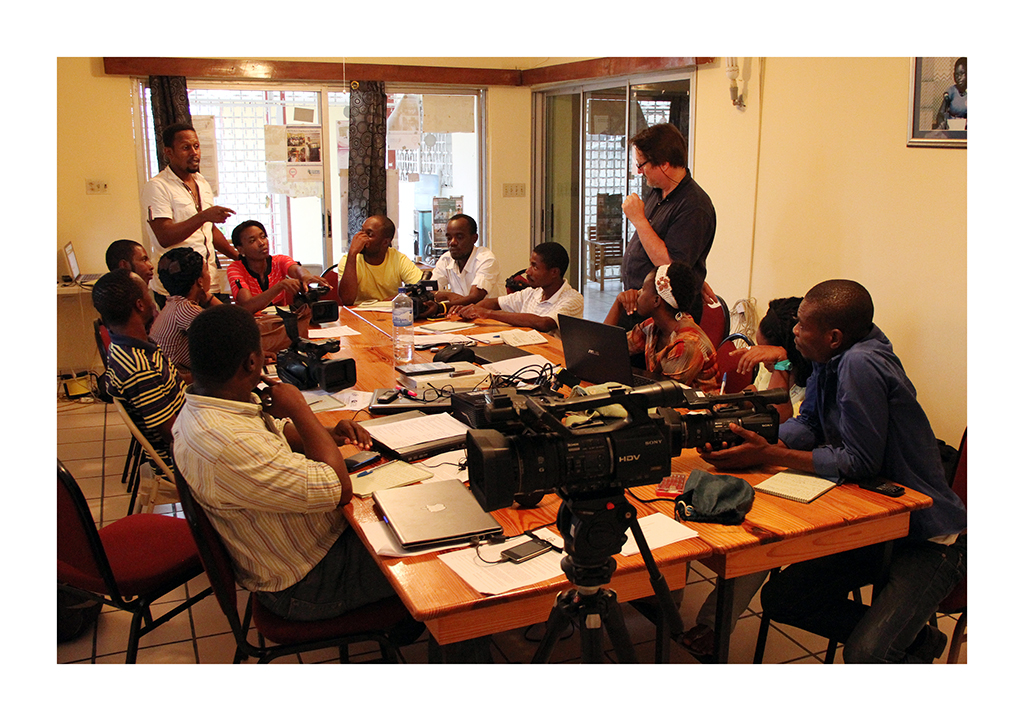 Seven of the filmmakers had to start over on new stories, many more than once. During the filming process subjects either stopped communicating with our filmmakers, decided they wanted to be paid, or were convinced by someone – family member or other – that they shouldn’t be in a film. One filmmaker started on five different stories. In two cases the subjects stopped cooperating after the filmmakers had finished filming 80-90 percent of the stories!

Local and not so familiar
One final factor is that, being newcomers to the US and Boston, our filmmakers at times faced cultural and linguistic barriers when communicating with potential subjects and institutions. In Afghanistan and Haiti, the filmmakers did not need translators—linguistic or cultural—to make their films; they were working in a place where they were of the dominant culture or ethnic group and familiar with local practices. Here in the US, our filmmakers often lacked the connections and surefootedness that comes with being a ‘local.’

The institutional gatekeepers in the US are often wary of the media and were less receptive to the NIRV filmmakers’ requests for access. CSFilm almost never had to mediate these relationships in Haiti or Afghanistan and never went on shoots with the filmmakers. We learned the hard way that we had to here. For example, it is unlikely that one of the filmmakers would have been able to film their subject, a newly arrived refugee, in an English class at a local immigrant services agency if CSFilm had not gone to the site to communicate with the case worker, managers and marketing staff.

Surprising and infectious
Working in the US has provided me a surprisingly steep learning curve. All involved have faced varying degrees of stress and disappointment but the indelible impression is of deep warmth, focused learning, bountiful positive energy, dedication to mission and raucous infectious laughter. I am blessed to have so many new and unique friends in my life. I look forward to being able to hang out with them and their families post filmmaking – and for years to come!

We look forward to overcoming the challenges and sharing with you a very unique and hard-won collection of films. Please stay tuned for the announcement of a premiere and Screen & Discuss events across the country.

Please be in touch with any questions or comments.

Thank you for your continued support!