ON THE MEDIA: The Better India will show you all the positive news, on all the channels you might want it

“It was a huge revelation: If these kinds of stories, read by just a few thousand back then, could drive this kind of response, then imagine what we could achieve if we got to hundreds of thousands, then millions, of readers.” 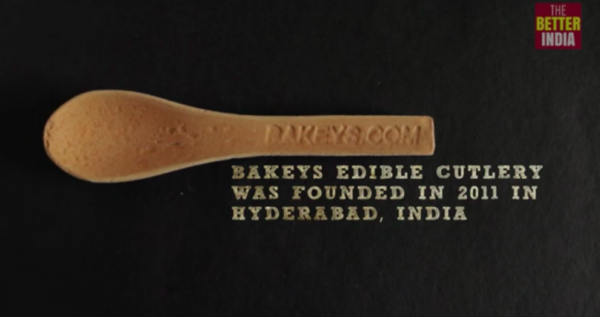 The Better India wants to show you the good stuff.

Anuradha Kedia, cofounder of The Better India with her husband Dhimant Parekh — both have engineering backgrounds — started the effort in 2009 as a side-project blog. They spent their weekends writing posts about people doing good work that reflected a side of Indian communities they felt wasn’t represented in mainstream news at the time.

“There was so much negative and sensational news out there about all the issues that existed within our country. We know that coverage is important,” Kedia said. “But we knew a lot of people who work on the ground, who work in the social sector helping people, some in their own small ways, and we felt none of these organizations and none of their good deeds really got any mainstream coverage.”

Over next few years, the site started to spread beyond their network of friends and family. Journalists from larger news organizations sent The Better India tips for social issues and solutions-focused stories that didn’t fit at their own organizations, Kedia and Parekh said. (In those early days, when he spoke to mainstream media editors, Parekh claims, many told him there would be no readership for explicitly positive stories; the market incentives simply weren’t there.)
The two soon realized that places they spotlighted would sometimes get a flood of interest from strangers wanting to help out. A couple of years into the blog’s existence, they had written a post about a school for deaf students, Parekh said, and a week later the school got in touch to say a group of people had driven over to volunteer and donated money for renovations.

“It was a huge revelation: If these kinds of stories, read by just a few thousand back then, could drive this kind of response, then imagine what we could achieve if we got to hundreds of thousands, then millions, of readers,” Parekh said.

Kedia quit her job to focus on building sources, reaching out to people working in sectors from health and science to education to gender rights to hear about what was changing, what approaches they were trying, on-the-ground realities: “The work done in those years formed the backbone of the site; we still get stories to this day that come through that network.” By 2014, the site had grown too big for one person to run it; Parekh also left his job to join The Better India full time. At the beginning of 2015, they raised around USD $160,000 from angel investors to hire more staff. It’s also gotten some funding from the Independent and Public Spirited Media Foundation.

The Bangalore-based operation is now a profitable organization with 27 full-time staffers, and its good news mission sprawls across all the usual distribution channels, plus some: The site now has 1.9 million followers on Facebook, 565,000 on Twitter (“no traffic, just influencers”), 52,000 on Instagram, and 10,800 subscribers on YouTube. It also has about 100,000 subscribers to its email newsletters (in additional to a regular briefing, it even offers customized corporate packages), 35,000 subscribers to its WhatsApp channel, some content partnerships with larger organizations including radio stations, and ambitions for a TV show, Kedia and Parekh say. 30 percent of its audience comes from outside of India (mainly, the U.S., U.K., and Singapore).

“We still see ourselves as, we would call it a solutions-based media platform,” Parekh said. “What we really focused on, as Anuradha talked about earlier, are innovations, initiatives by common citizens, grassroots-level change.”

The good news focus is, of course, not an unfamiliar editorial strategy, though The Better India caught an early wave. Its stories are all over the place: A quick scan of recent pieces will get you original interviews, delightful histories, policy explainers, and many original videos — but also a lot of excited headlines on top of aggregation from larger mainstream outlets such as The Times of India, Indian Express, Hindustan Times, and the Week. (All media are watching each other: The Times of India, for instance, now has a Good News & Inspiring News Stories from India section.)

The Better India publishes around 18 to 20 pieces a day — a mix of video, short hits, and longform — around half of which come out of original reporting. Its stories continue to be relentlessly positive, often accompanied by an action item (e.g., This resilient farmer tills his land with a cot frame. Here are his bank details if you want to donate. Reader, he got the bulls.)

Right now sponsored content makes up 80 percent of The Better India’s revenue, a stream Parekh said he expects will continue to grow in the next few years. The “Partner Campaigns” section of its site hosts these sponsored videos and stories. “We were trying to figure out how do we work with that wouldn’t dilute our content. We thought: Hey, let’s look at brands that want to talk about stuff we also want to talk about, if there’s an overlap, we could partner and co-create content,” Parekh said. Programmatic advertising is currently another slice of revenue. The site just started to test asking for reader donations as well. (Three additional revenue streams under consideration for the coming year: organizing events around issues such as healthcare innovation and women’s empowerment, providing consulting to companies looking to build corporate social responsibility initiatives, licensing publishing and audience engagement tools it built in-house.)

(A couple of years ago, you may have seen that viral video above — or read one of the many articles about it — about a small company in Hyderabad that made edible spoons. That was one of The Better India’s biggest successes. The video is part of an India Innovates series, and TBI is looking for sponsors for a second season.)

The site also has a section that functions like a contributor network for foundations, NGOs, and other vetted social-good initiatives to post policy ideas, inspirational stories, helpful guides — though here no self-promotion is allowed and no money is exchanged. In all of these sections, the main rule applies: only inspirational, useful, fun topics allowed.

The Better India has earned its reach by being everywhere, and though it’s hampered by being mainly English-language, it’s made more systematic efforts to reach beyond younger, urban readers. It designed a WhatsApp hack to help broadcast a “magazine” digest — a PDF pulled together automatically from posts published to the site that day and fed into a design template, allowing people to read Better India stories offline (about 80 percent of subscribers there who get the content, read the content). It’s started a Hindi edition. It syndicates some of its stories to regional news outlets that translate and run those stories for their own audiences. It’s making a lot of social-friendly video, but not just to “jump on the video bandwagon.” In any case, The Better India has also taken a significant hit from Facebook’s recent algorithm changes.

“This is why we’re experimenting with formats,” Kedia said. “If you’re looking at populations that are lower income, that have not had as much access to education or exposure to technology, video, through sharing, has reached these underserved populations as well. Even if they aren’t able to consume our longform articles in English, they can get the gist of the video.”