Rallies across Australia call for end to government’s policy on detention centres and to allow refugees in the country.

Melbourne, Australia – Thousands of Australians marched in major cities across the country to protest the government’s treatment of refugees while demanding an end to its controversial policy of processing asylum seekers overseas.

Thousands took part in rallies in Melbourne, Sydney, Brisbane and Perth among other cities to call on the Liberal Party-led government to allow refugees under its care on Manus Island and Nauru to come to Australia.

Almost 10,000 people marched in Melbourne, according to the organisers, including religious leaders, community organisations and refugee advocates.

Under strict border control policies, asylum seekers who arrive by boat are sent to processing centres the Australian government manages in the Pacific and permanently bans them from settling in Australia.

Many have been waiting for a country to resettle in for years. Although the US has agreed to take some of the 1,700 asylum seekers currently on the islands, most still face an uncertain future. 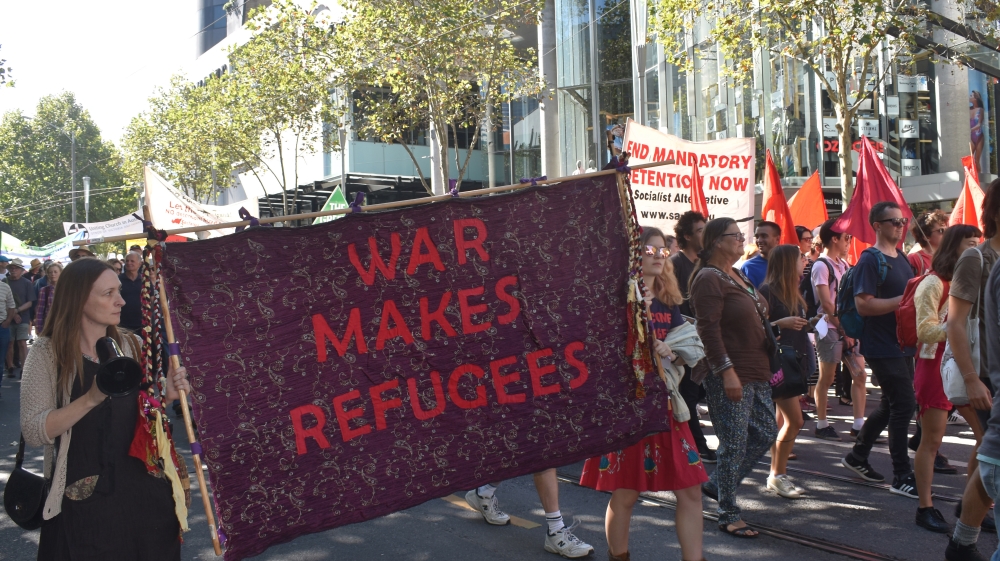 “I think it’s cruel and unethical,” said Miron Mizrahi, a protester in Melbourne.

“It’s shameful and damning, the fact that this society – one of the richest and safest on the planet – is suddenly so afraid of these people and that this is what we have to do to them to protect ourselves.”

Abdul Aziz, a Sudanese asylum seeker, addressed the crowd from Manus Island, Papua New Guinea, where he has been kept for the last five years.

“We will keep fighting and we will never give up,” said Aziz while speaking over the phone.

“Despite the brutality, the hardship, the torture and trauma that we are seeing every single day on Manus Island and Nauru, we will not stop fighting for our freedom.”

Turnbull’s centre-right government insists off-shore processing is necessary to secure the border and deter human smugglers from claiming they can give asylum seekers a new life in Australia. 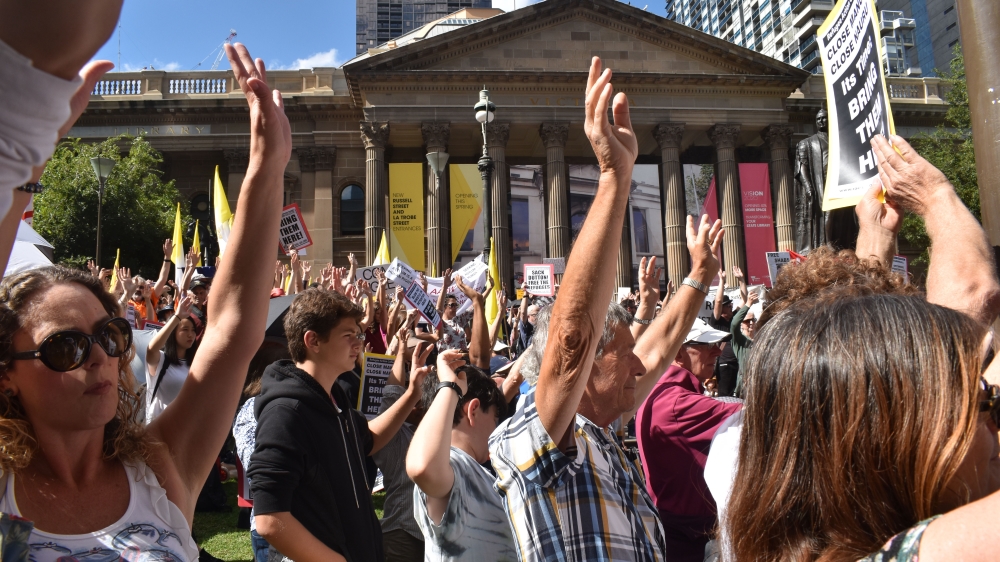 Under laxer policies overseen by a previous Labor Party government, about 50,000 people arrived in Australia by sea – 1,200 asylum seekers drowned while making the journey.The centre-left opposition party has supported the government’s stance on off-shore processing.

An opinion poll released by Roy Morgan last year found Australians to be evenly divided on whether refugees at off-shore centres should be allowed to enter the country.

The UN and rights groups such as Amnesty International have condemned the off-shore processing system as cruel and inhumane, causing widespread despair, self-harm and suicide attempts among those affected.

Last month, a judge overruled the Department of Home Affairs and ordered a 10-year-old boy on Nauru, who had repeatedly attempted suicide, to be brought to Australia for treatment.

“There’s got to be a better way of doing it,” said Mizrahi outside Melbourne State Library of Victoria. “In other words, it’s like having an infection and cutting your figure off. It makes no sense.”