CSFilm NIRV Filmmaker, Qin Li, Appointed as a Visiting Assistant Researcher at the University of California

CSFilm New Immigrant and Refugee Visions filmmaker, Qin Li, has been appointed as a Visiting Assistant Researcher at the University of California, Berkeley in the Beatrice Bain Research Group (BBRG) from February-April 2018. 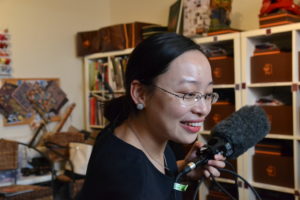 Qin participated in CSFilm’s four-month documentary filmmaking training for new immigrants and refugees.   Her short documentary centers on Lata Rana, an immigrant from India whose daughter is the first woman of color running for city council in Revere, MA. Her film highlights the challenges of integration in a community that has been resistant to newcomers.

Qin emigrated from China to the US in 2016; prior to that, she attended the Fairbank Center for Chinese Studies at Harvard University as a Fulbright Visiting Scholar from 2010 to 2011. From 2012 to 2017 she worked as a lecturer at Wuhan University in China. Qin’s research, which has been published in Chinese journals, focuses on the field of public policy for the advancement of women in China; her work presents  important new policy concepts for capacity building in support of participation by women in the local and regional electoral process.

Congratulations, Qin! We are very happy for you – although we are sorry that you will have to miss the rest of winter in Boston!