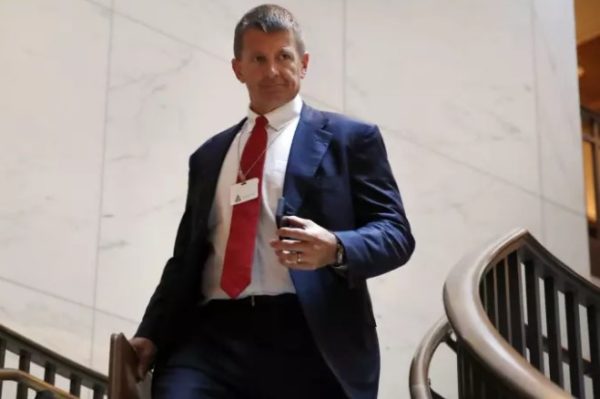 Controversial private security tycoon Erik Prince has famously pitched an audacious plan to the Trump administration: Hire him to privatize the war in Afghanistan using squads of “security contractors.” Now, for the first time, Buzzfeed News is publishing that pitch, a presentation that lays out how Prince wanted to take over the war from the US military — and how he envisioned mining some of the most war-torn provinces in Afghanistan to help fund security operations and obtain strategic mineral resources for the US.

Prince, who founded the Blackwater security firm and testified last week to the House Intelligence Committee for its Russia investigation, has deep connections into the current White House: He’s friends with former presidential adviser Stephen Bannon, and he’s the brother of Betsy DeVos, the education secretary.

Prince briefed top Trump administration officials directly, talked up his plan publicly on the DC circuit, and published op-eds about it. He patterned the strategy he’s pitching on the historical model of the old British East India Company, which had its own army and colonized much of Britain’s empire in India. “An East India Company approach,” he wrote in the Wall Street Journal, “would use cheaper private solutions to fill the gaps that plague the Afghan security forces, including reliable logistics and aviation support.”

But the details have never been made public. Here is the never-before-published slide presentation for his pitch, which a source familiar with the matter said was prepared for the Trump administration.

One surprising element is the commercial promise Prince envisions: that the US will get access to Afghanistan’s rich deposits of minerals such as lithium, used in batteries; uranium; magnesite; and “rare earth elements,” critical metals used in high technology from defense to electronics. One slide estimates the value of mineral deposits in Helmand province alone at $1 trillion. 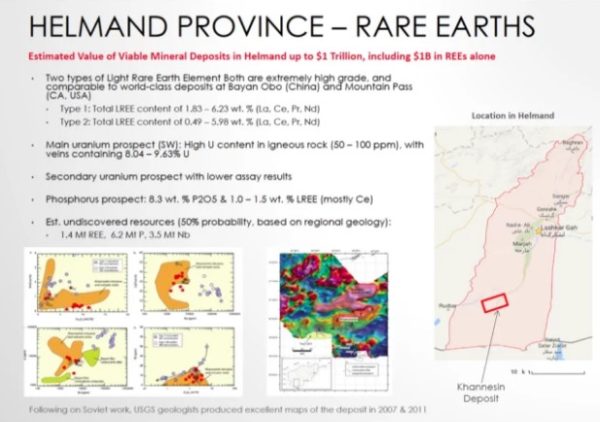 From “An Exit Strategy for Afghanistan”

The presentation makes it plain that Prince intends to fund the effort through these rich deposits. His plan, one slide says, is “a strategic mineral resource extraction funded effort that breaks the negative security economic cycle.” The slides also say that mining could provide jobs to Afghans.

“What is laid out in the slides is a model of an affordable way for the US to stabilize a failed state where we are presently wasting American youth and tens of billions of dollars annually,” a Prince spokesperson emailed BuzzFeed News Thursday.

Defense Secretary James Mattis “did meet with Mr. Prince earlier this year,” a Defense Department spokesperson said. “He meets with people all the time to listen and hear new ideas.” The CIA declined to comment. It’s been widely reported that the Pentagon pushed back against Prince’s concept, and that national security adviser H.R. McMaster was opposed to it as well.

Prince currently runs a Chinese security and logistics company, as BuzzFeed News has previously reported. Still, in his pitch to America’s policymakers, he plays the US against China. One slide, devoted to “market manipulation in rare earth elements,” presents China as dominating the market for the valuable minerals.

Ironically, the statement from Prince’s spokesman that said Prince’s Chinese company, Frontier Services Group, would participate in the Afghanistan plan, and “would provide logistics support to the extractive firms with secure transportation and camp support.” 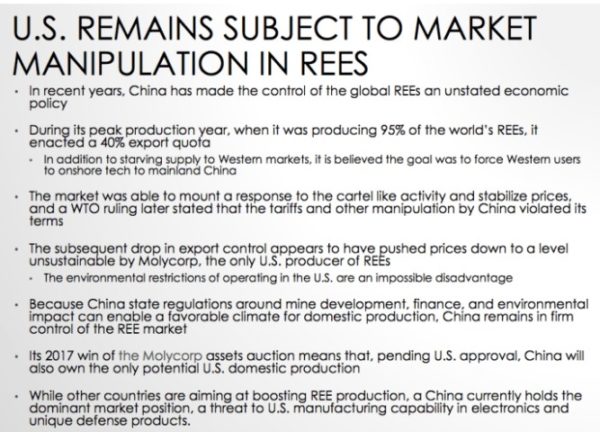 Many experts on Afghanistan mock Prince’s concept of privatizing the war there. His supporters say that since the military has so far failed in Afghanistan, his approach deserves a try. One source who was briefed by Prince says, “His heart’s in the right place. The problem is that his head is up his ass.”

On Tuesday, BuzzFeed News caught up with Prince in Leesburg, Virginia. He declined to talk, saying, “You’re a fucking hack.”

Erik Prince’s presentation for privatizing the war in Afghanistan: 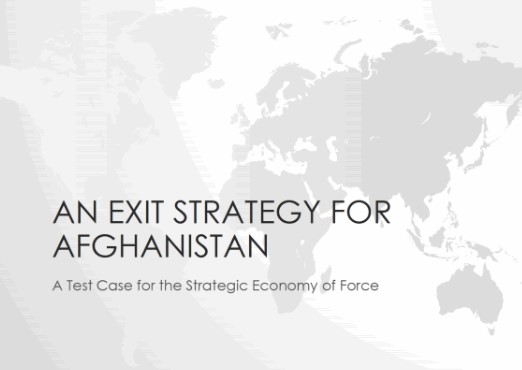 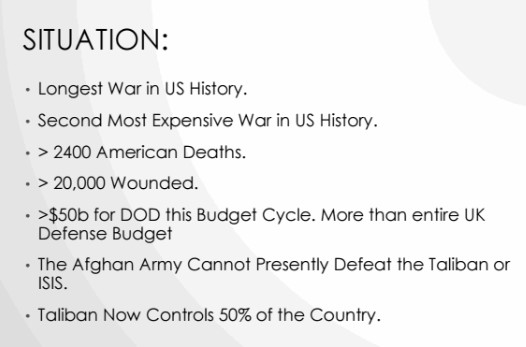 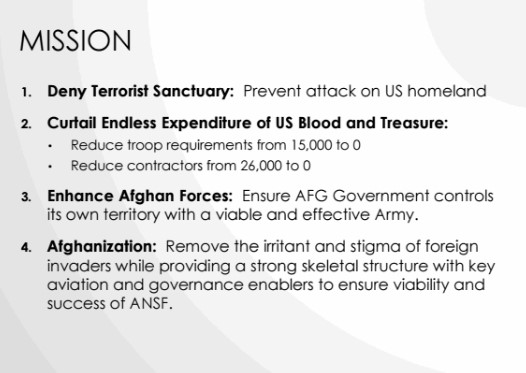 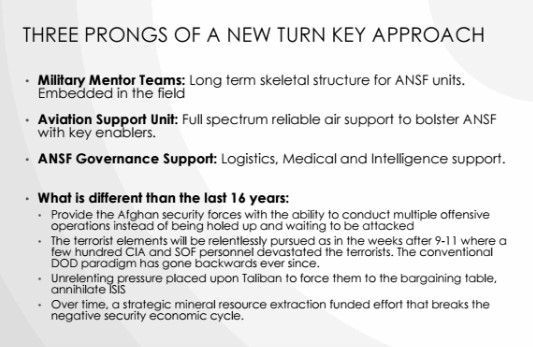 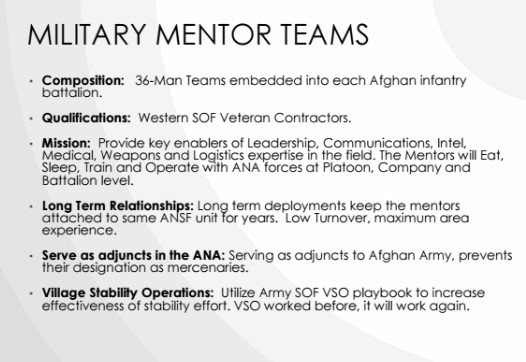 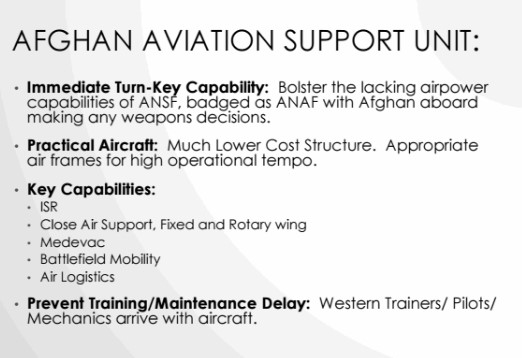 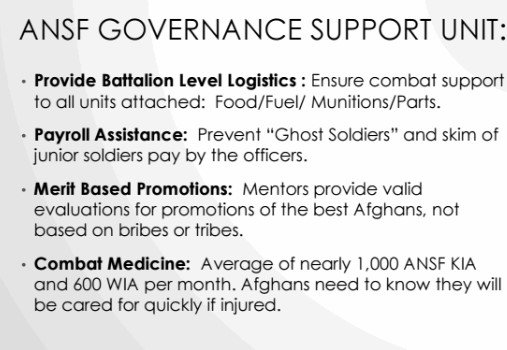 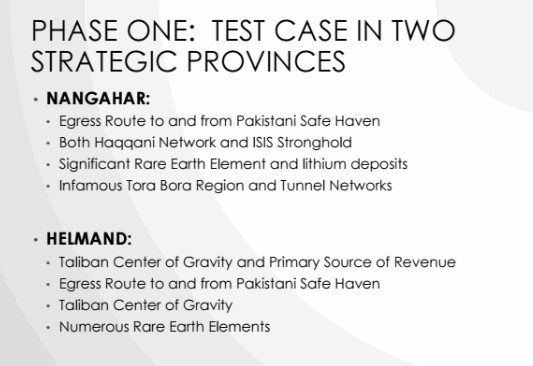 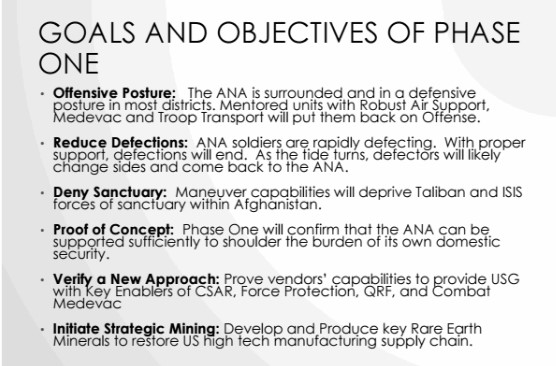 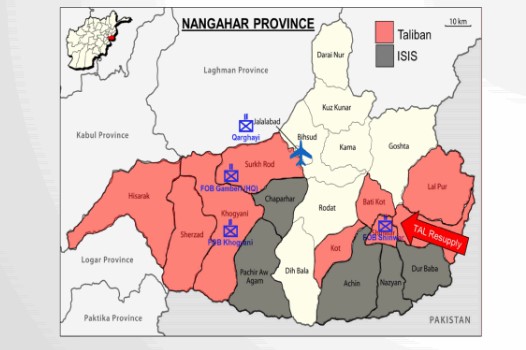 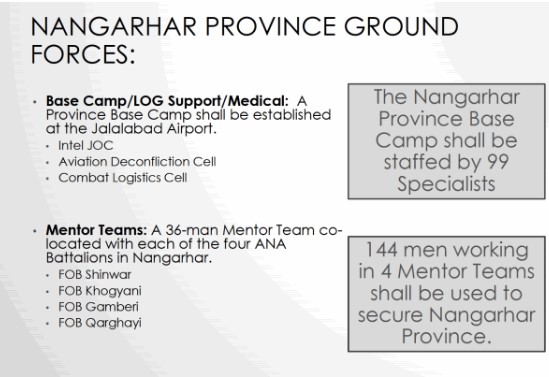 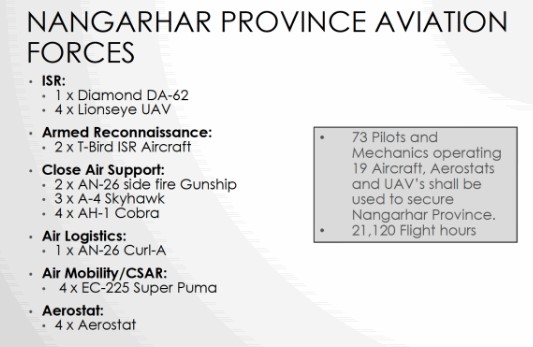 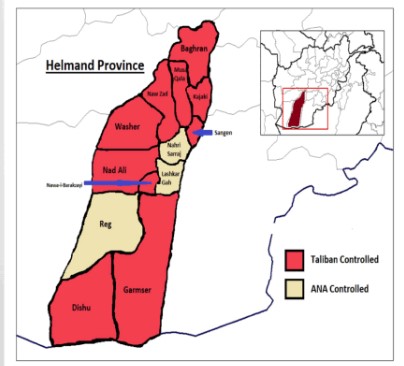 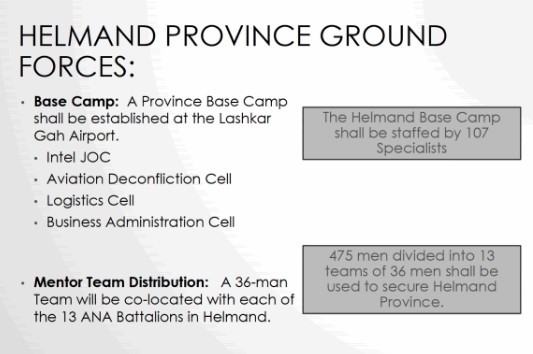 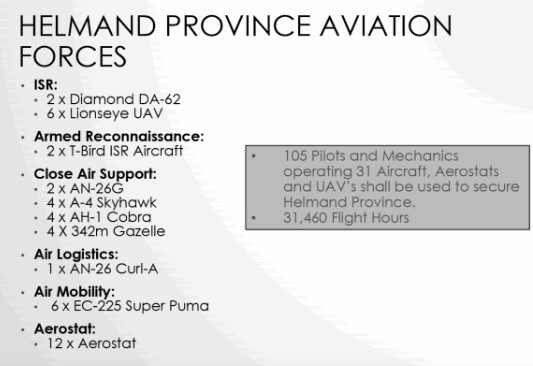 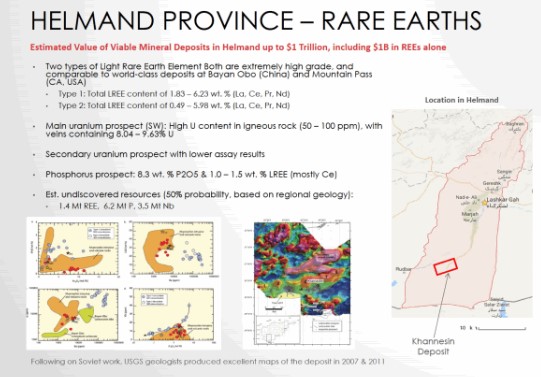 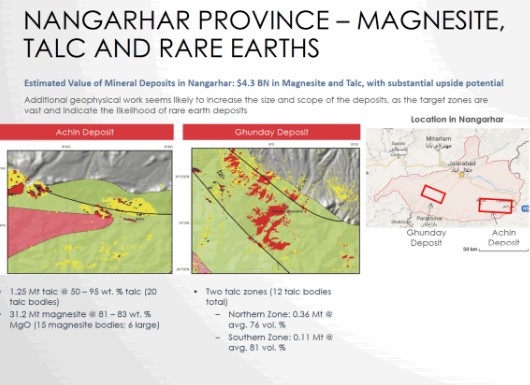 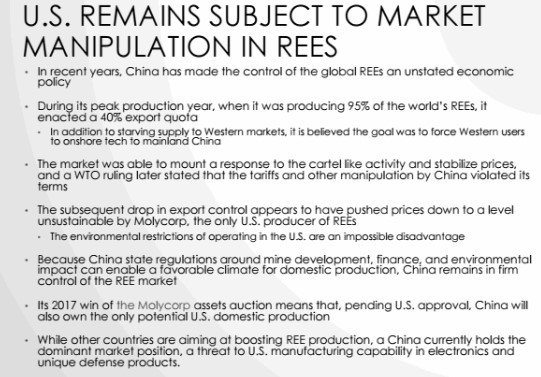 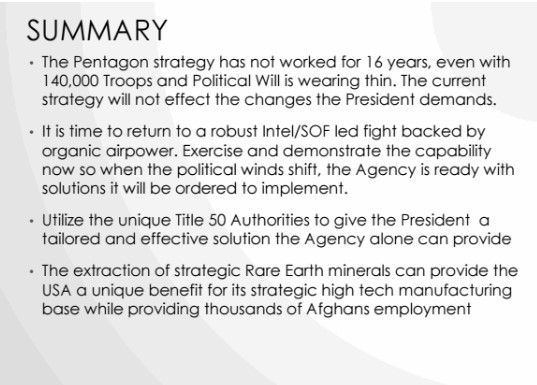