ON THE MEDIA: The Trust Project brings news orgs and tech giants together to tag and surface high-quality news 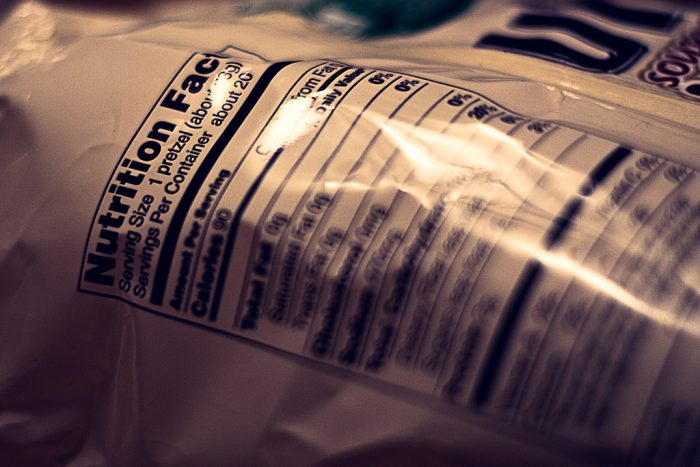 “The hope is that, if news organizations are more clear and transparent about what they’re doing, then users can make their own decisions.”

Will readers trust the news more if they have more information about who’s behind it?

It’s worth a try. Thursday marks the launch of The Trust Project, an initiative three years in the making (but feeling oh-so-relevant right about now) that brings together news outlets such as The Washington Post, The Economist, and the Globe and Mail, as well as Facebook, Google, Twitter, and Bing, in a commitment to “provide clarity on the [news organizations’] ethics and other standards, the journalists’ backgrounds, and how they do their work.” The project will standardize this method of increased clarity so that news organizations, large and small, around the world can use it, and so that the algorithms of the tech giants can find and incorporate it.

“The public can look at this and say, ‘okay, I know more about what’s behind this organization’,” said Sally Lehrman, senior director of journalism ethics at the Markkula Center for Applied Ethics at Santa Clara University and the creator of the project, which is funded by the Craig Newmark Philanthropic Fund, Google, the Knight Foundation, the Democracy Fund, and the Markkula Foundation. “Hopefully, it will pull back the curtain on some of our practices as journalists, which, in fact, a lot of people don’t know about. And this lack of transparency is partly what creates a sense of suspicion.”

A team of representatives from dozens of media companies worldwidecame up with eight “core indicators”:

— Best Practices: What Are Your Standards? Who funds the news outlet? What is the outlet’s mission? Plus commitments to ethics, diverse voices, accuracy, making corrections and other standards.
— Author Expertise: Who Reported This? Details about the journalist who wrote the story, including expertise and other stories they have worked on.
— Type of Work: What Is This? Labels to distinguish opinion, analysis and advertiser (or sponsored) content from news reports.
— Citations and References: For investigative or in-depth stories, greater access to the sources behind the facts and assertions.
— Methods: Also for in-depth stories, information about why reporters chose to pursue a
story and how they went about the process.
— Locally Sourced? Lets people know when the story has local origin or expertise.
— Diverse Voices: A newsroom’s efforts to bring in diverse perspectives.
— Actionable Feedback: A newsroom’s efforts to engage the public’s help in setting coverage priorities, contributing to the reporting process, ensuring accuracy and other areas.

“Think along the lines of a nutrition label on a package of food, or a lab report that conveys your health status when you go in for a checkup,” Lehrman wrote in a post on TheAtlantic.com earlier this year. The Trust Project worked with Schema.org to create a standardized technical language for the tags so that tech sites can incorporate them.

The first wave of publishers going live with the Trust Indicators includes The Washington Post, Mic, The Independent Journal Review, The Globe and Mail, The Economist, Trinity Mirror, The German Press Agency dpa, and Italy’s La Repubblica and La Stampa. Lehrman sought out these organizations to be first because “those are ones I knew had the technical capabilities to be the demonstrations. I also aimed to experiment with how this would work across different types of media.” The integration of the standard is a heavy technical lift; it needs to be incorporated into publishers’ CMSes and site code. You can check out this Trello board for links to how the Indicators are being incorporated onto various parts of participating publishers’ sites, from “About” pages to author bios to citations and references. And here’s a mockup of an article that contains all of the Indicators.

The second wave will probably include a similar number of publishers. The Trust Project also worked with the Institute for Nonprofit News to develop a WordPress plugin that allows qualified publishers to incorporate the indicators into their sites. Eventually, the project will begin scaling more ambitiously. “The costs will lessen over time,” said Lehrman. “I’m thinking a lot about how to ease the path for newsrooms that don’t have the kinds of resources that this first phase of newsrooms does.”

There are also, of course, the tech companies. Facebook, Google, Bing, and Twitter partnered with The Trust Project early on, and will be incorporating the Trust Indicators into their products in various ways. Partnering with The Trust Project since its conception has been important to Google, in large part because “we believe the indicators can help our algorithms better understand authoritative journalism — and help us to better surface it to consumers,” said Richard Gingras, VP of news products at Google, in a statement. “We hope to use the Type of Work indicator to improve the accuracy of article labels in Google News, and indicators such as Best Practices and Author Info in our Knowledge Panels.”

Facebook, meanwhile, will be displaying the Trust Indicators via the article context feature it launched in October.

For now, the tech giants’ buy-in appears experimental and limited. Nobody is saying that they’ll favor Trust Project partners in their algorithms or anything like that. “You’re not going to see sudden changes with the algorithm,” Lehrman said.

The Trust Project is explicitly nonpartisan. The Independent Journal Review is the most conservative launch partner, but overall, the project is meant to be a consortium of “news organizations that adhere to traditional standards,” Lehrman said. “The idea is that news organizations are providing information about how they go about their work, who funds them, and what their mission is in terms of coverage. The hope is that, if news organizations are more clear and transparent about what they’re doing, then users can make their own decisions.”

There are bound to be naysayers, “fake news” criers, and both readers and sites that regard the appearance of the Trust Project’s logo as, in fact, a sign that an outlet should not be trusted. But Lerhman believes that, over time, the project will make inroads among readers. The Center for Media Engagement (formerly the Engaging News Project) at The University of Texas, Austin, has been testing news consumers’ reaction to the Trust Indicators over the past few months, and though the full results haven’t yet been released, “the Trust Indicators did create a statistically significant shift in attitude about whether the site was trustworthy,” Lehrman said.

“I am confident that, over time, this will start to build,” she added. “The Trust Project provides a strong sense of how journalism is distinct from other kinds of information. These [participating] organizations are independent. They don’t want to be controlled. But they are saying this is a situation where they want to band together to respond to the public need.”