ON THE MEDIA: Documentary Filmmaker Frederick Wiseman on Life in Donald Trump’s America 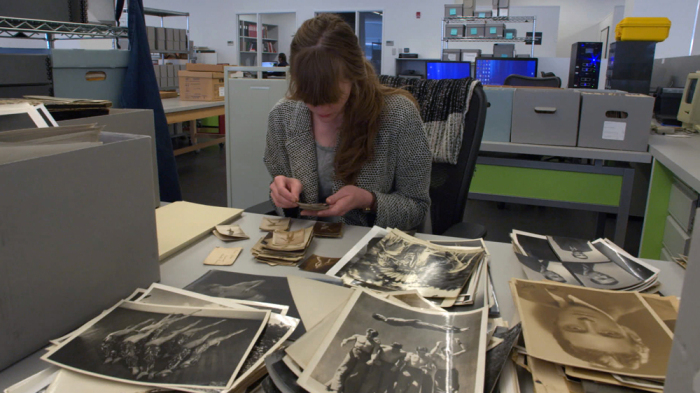 Frederick Wiseman, 87, whom Camerimage Film Festival is honoring with a retrospective of five films and its award for Outstanding Achievements in Documentary Filmmaking, has remained resolute in his approach to subjects, from Chicago public housing to juvenile court, beef feed lots and Paris’ Crazy Horse nightclub, since 1967. That’s when his first film, “Titicut Follies,” exposed such abusive practices at the Bridgewater, Massachusetts hospital for the criminally insane that it was banned for decades (though attorneys argued it was a violation of patients’ privacy).

His new project, “Ex Libris,” is an incisive, three-hour-plus look at the New York Public Library system that presents a host of the real-life heroes, struggles and small victories that have drawn audiences to Wiseman’s work ever since he left behind his career as an instructor and/or researcher at Boston University, Brandeis and Harvard, and picked up a camera.

“Ex Libris” leaves you with kind of a glow – something about seeing all these brilliant librarians thinking up incredible ways to serve their community.
Trump has made it a political film. Because everything the library represents is in such stark contract to everything he represents. Interest in others, helping poor people, helping immigrants, you can go right down the line – everything. Access to knowledge, interest in science…

The New York Public Library staff are incredibly resourceful and motivated, as you discovered.
They’re genuinely interested in helping other people. And that’s nice to see any time – particularly great to see it now. It’s interesting for Europeans to see it because a lot of them have never been to America and all they know about is Trump. And it gives them a sense of another aspect of American life.

You’ve said you never go into a film with a thesis and that filming is your research – what was your most striking discovery in “Ex Libris”?
The real answer to that question is what you see in the film. I think it’s the variety, the diversity of activities – and wish to genuinely help other people, which the diversity of activity is an expression of.

I really don’t know what the point of view or the themes are until I begin to put the sequences together. And that’s after seven or eight months of editing.

I first edited all the sequences I thought I might use, and then when I thought all the so-called candidate sequences were editing and close to final form then I began to work on the structure at that point. I made the first assembly very quickly – maybe three or four days. Because I knew the material very well and I could make the changes fast.

What’s your method for constructing the narrative at that point?
The first assembly always comes out 30 or 40 minutes longer than the final film and then it takes me six or eight weeks after that where I work on the internal rhythm within a sequence, the transition sequences, until I’m satisfied that I’ve got the best film I can make out of the material I have.

And then I go back and I look at all the rushes all over again to make sure I haven’t forgotten anything that might be useful as a result of the choices that I’ve made.

It’s fascinating how public and private funding come together in such a vast institution, which your frequent focus on exploring class really illustrates.
It’s about 50-50. I think their annual budget is about $300 million and half come from the private sector and half from the city.

The library bridges the class divide in the sense that all classes use it and rich people support it. And you see all classes, races and ethnicities are present. But in terms of the great gap between rich and poor in America now, it certainly suggests that, although it doesn’t deal with that – it’s not a principal theme of the film.

But you see the people who are the board of trustees and you contrast them with the people you see who are in that one-room library in Harlem. It does begin to suggest that there’s a pretty big gap.

“Ex Libris” involved more locations than you’ve ever had – 13, correct? How do you not get lost while editing all this material yourself?
Yeah, that is the most. That’s where you make or break the film, in the editing. You can have good material and screw it up or you can have mediocre material and improve it. I don’t start with a script or anything so the idea is always to find the film in the rushes.

Well, if I’m having a bad day, I go take a walk or take a nap then go back at it. I like doing it so that helps.

Right from your start with “Titicut Follies” in 1967, you’ve rejected the conventions of interviews, voiceovers and music. Did you always have the feeling that these manipulate the audience’s emotions?
I don’t feel any need to do it. Yeah, that’s what music does. I try to do it with the music that’s available that the people in the film heard.

I try to cut the movie so that I give the viewer enough information so that they can understand what’s going on. When this technique works, it works because the viewer feels that they’re present. I’m not against interviews – I’m only against using them myself. I mean Marcel Ophuls has made great movies because he’s a terrific interviewer.

Same with voiceovers – I don’t like to use anything that distances the viewer from what they’re watching.

You’re also a purist in your stand against re-enactments, insisting on filming only what occurs in front of the lens. But doesn’t this mean important events can often happen off camera?
Inevitably you miss stuff but I like to be prepared to shoot interesting things that are going on when I’m present. At least I don’t know what I missed when I’m not present!