HAITI NEWS AND VIEWS: How Trump can be Haiti’s ‘champion’ 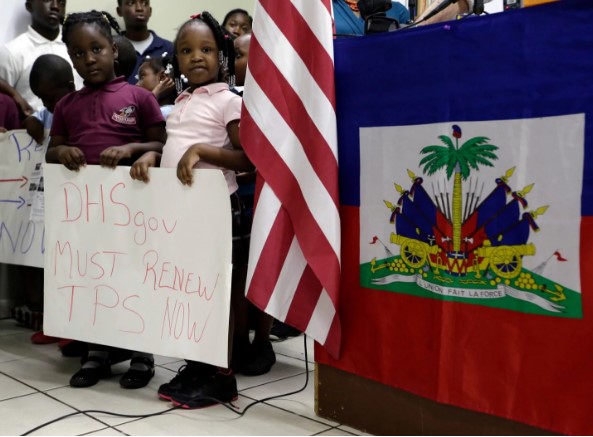 AS A CANDIDATE for president last year, Donald Trump felt Haiti’s pain. Campaigning in Miami’s Little Haiti neighborhood, Mr. Trump recounted the ravages visited by the devastating 2010 earthquake on the hemisphere’s most destitute country and concluded , “Whether you vote for me or don’t vote for me, I really want to be your greatest champion, and I will be your champion.”

Now is the moment for Mr. Trump’s administration to make good on that promise. It faces a stark choice with enormous repercussions: whether to grant another extension for some 50,000 Haitians living legally in the United States, or to expel them, a decision that would be devastating not just for thousands of screened, law-abiding migrants and their 27,000 U.S.-born children but also for Haiti itself, whose economy is heavily dependent on the remittances they send home.

The Haitians in question, some of whom have lived in the United States since at least before the 2010 earthquake, and for 13 years on average, were granted permission to stay under a U.S. government humanitarian program known as temporary protected status. After several renewals under the Obama administration, hard-liners in the Trump administration are pressing to revoke TPS for the Haitians, having already done so for several other nations, including some who had lived in the United States even longer. Their current status expires in January; a decision from the Department of Homeland Security on granting them an extension is expected by Nov. 23.

Haiti is extraordinarily ill-equipped to absorb 50,000 people arriving on its shores, most of whom would need jobs, shelter and a variety of government services, including education and health care. No country in the Americas is as dependent on remittances as Haiti, and the losses it would sustain if TPS were revoked for the 50,000 Haitians in the United States would be a severe blow.

True, the word “temporary” in “temporary protected status” should mean something; no one is proposing granting the Haitians permanent legal residence, let alone citizenship. But as Mr. Trump seemed to grasp, Haiti is an especially needy case. And the idea of the hemisphere’s richest country intentionally imposing sudden and significant economic hardship on the poorest is not just anathema to the United States’ idea of itself as a great and compassionate nation. It’s also gratuitously cruel. Why would the United States, whose nominal per capita gross domestic product is more than $57,000, seek such suffering in Haiti, whose per capita GDP is $740?

It cannot be because Haitians represent a burden to the United States. Nearly all speak English; 80 percent are employed; nearly three-quarters have completed high school; and more than a third have studied in or completed college.

A great nation that wants to remain great, and to be seen as such, understands that its prestige and stature are diminished if it disregards the well-being of weak, dependent and friendly neighbors. Haiti is a test of the proposition that a great nation, as Mr. Trump seemed to understand, must sometimes be the “champion” of a weak one.