AFGHANISTAN NEWS AND VIEWS: Violence is so bad in parts of Afghanistan that Red Cross clinics are shutting their doors 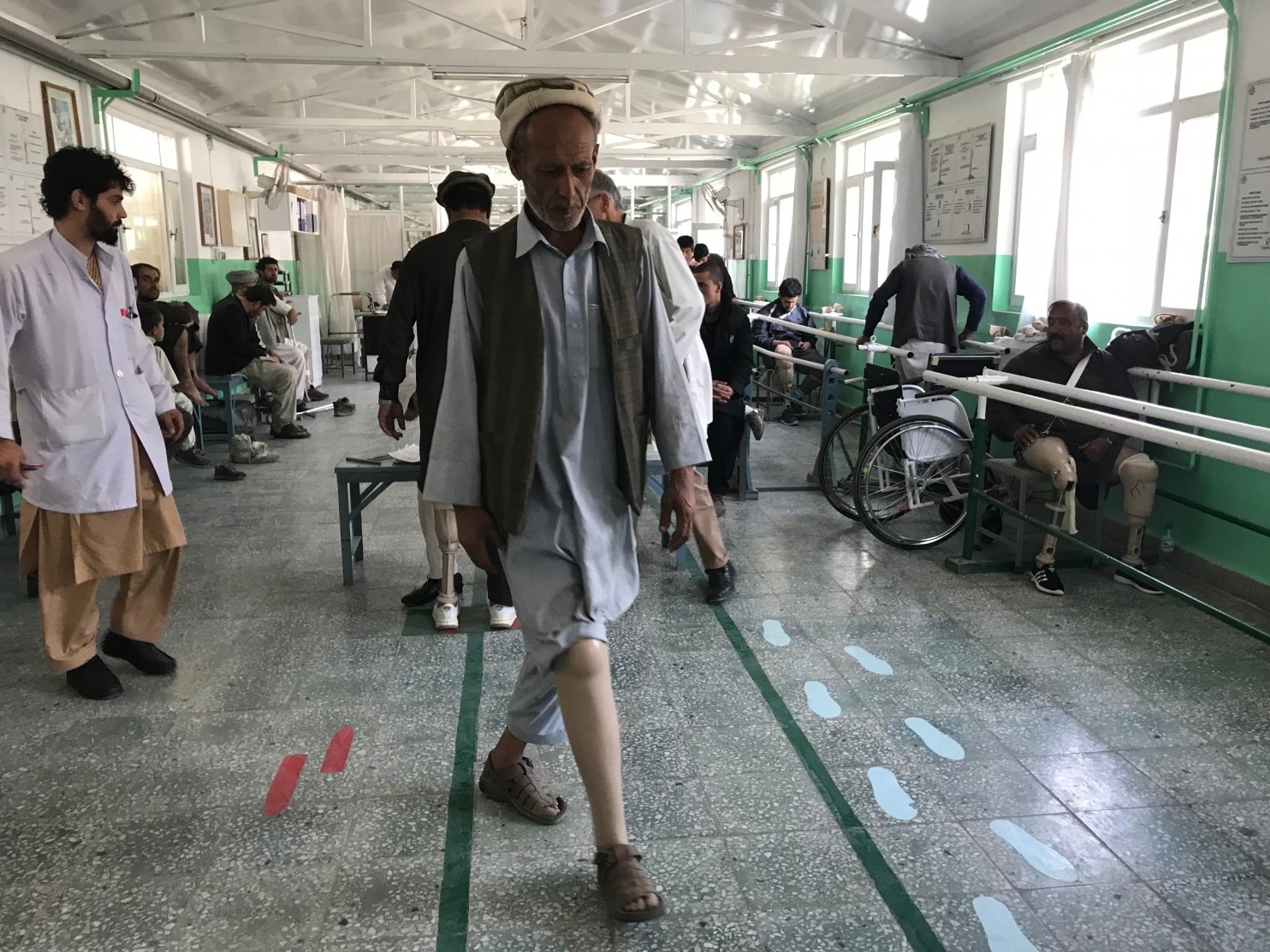 A smiling physiotherapist beams in a framed photo inside the Red Cross ­center here, hinting at the radiant personality that charmed her orthopedic patients before a man with polio took out a gun hidden in his wheelchair and killed her.

The slaying of Lorena Enebral Perez at a clinic in the northern city of Mazar-e Sharif followed the roadside killing of six Afghans working for the International Committee of the Red Cross (ICRC) and three abductions in the past year, part of a spike in violence by smaller militias and by the Taliban that has led to more than 200 deaths in the past week.

That violence has prompted the international aid agency to shut down two of its offices in the northern part of the country and to scale down operations in Mazar-e Sharif — a decision that will affect hundreds of thousands of Afghans who receive aid from the organization in seven northern provinces.

“The places where you have war and insecurity are the places where your help is needed,” said Alberto Cairo, a doctor who during the early 1990s spearheaded the creation of the ICRC’s orthopedic program, which treats 160,000 people annually across the country. “At the same time, you cannot deliver it. If we cannot guarantee the security of our staff, how can we work?”

So far this year, there have been 107 attacks on health facilities, up from 41 last year, according to the U.N. Office for the Coordination of Humanitarian Affairs. Fifteen aid workers have been killed in attacks, and an additional 43 have been abducted this year, down from 121 kidnappings the year before.

The orthopedic center’s roughly 8,500 patients who have lost legs to war or stray land mines, plus an additional 17,500 who have problems walking because of cerebral palsy, polio and other ailments, will still be able to receive treatment at the Mazar-e Sharif clinic. But the approximately 675,000 other Afghans who rely on the ICRC for food, water or medical aid in
the north will be left without options until the Afghan government or a different aid group fills the gap.

With U.S. Secretary of State Rex Tillerson calling on Pakistan to help force the Taliban into peace negotiations amid a surge of 4,000 more U.S. troops, the militant group is fighting for a stronger presence outside its southern strongholds.

In the past 12 months, 8,000 civilians have either died or been injured by military operations, down slightly from a peak of 8,500 in the previous year, according to the United Nations.

U.N. officials say humanitarian aid groups are trying to strike a balance by limiting their operations in some areas or prioritizing services to meet only the most urgent demands.

“We have to put the oxygen mask on ourselves before we can help others,” said Toby Lanzer, the U.N. humanitarian coordinator in Afghanistan. “I think, for the time being, you will see a reduction of aid in some of the areas where aid agencies have been hit.”

The erosion of security in the north has multiple causes, security analysts say.

In the hostile province of Kunduz, fighting between the Taliban and government forces has led to instability all around, making it harder for aid groups to know who is in charge. Elsewhere, smaller renegade groups — some of whom claim affiliation with the Islamic State — have taken hold in areas not under firm control of the government or the Taliban.

Those groups are behind many of the aid worker abductions and the attacks on medical facilities, said Obaid Ali, a director with the Afghan Analysts Network, who focuses on security issues in the north.

“They are small groups who work under their own flag, and in many cases, they refuse to obey Taliban rule and honor local culture,” Ali said. In the case of abductions, “it’s really hard, and it’s really dangerous to approach these people and discuss terms with them.”

The increased instability revealed itself to the ICRC in December when a Spanish member of the staff was abducted by a group of gunmen while traveling from Kunduz to Mazar-e Sharif. The man was held for a month before the ICRC negotiated his release.

In February, a group of armed men attacked an ICRC convoy in the northwestern province of Jowzjan, killing six Afghan staff members and abducting two others, holding them until September.

Lanzer said the U.N. humanitarian affairs office is working on how to fill the gap in services
left by the ICRC’s decision to close its offices in Kunduz and Maimana.

There, the organization assisted wounded fighters on both sides of the conflict, connected prisoners with their families, developed clean water and sanitation programs, and referred patients to the orthopedic center in Mazar-e Sharif, which was temporarily shut down after the shooting but will remain functioning at least through the end of 2018.

Lanzer said replacing the two other offices will be challenging if it isn’t clear who is in control.

“I think that with the Taliban, there is a conversation which is manageable ,” Lanzer said. Once services cease in those gray ­areas, “re-engagement becomes very difficult because you don’t know who to deal with.”

In Kunduz and Maimana, local officials lamented the closure of the ICRC offices.

“People will suffer a lot,” said Mohammad Hashim, a parliament member from Maimana. “We have discussed the problems people will face in the parliament and very much hope they will come back.”

Inside the ICRC orthopedic center in Kabul, therapists busily attended to dozens of patients without legs and those with walking disabilities.

In the mornings, as many as 500 people come to the center for treatment and therapy, said Cairo, the doctor.

He lost his right leg about a year ago after stepping on a land mine in his neighborhood in eastern Paktia province, near the Pakistan border, while walking to a local shop on an errand. After being fitted for a prosthetic limb four days earlier, he was still wobbly, Rohullah said.

But “it will change my life in a positive way because, without it, I will not be able to work,” he said.

Most patients are grateful for the aid. But Enebral’s murder revealed how vulnerable the ­organization can sometimes be while tending to people who bear grudges against other patients or staff members, Cairo said.

“We trust very much that our visibility, our acceptance, the fact that we are useful has always been our best defense,” he said, adding that the shooter was a 21-year-old man who had been receiving treatment since he
was 2.

“It’s like if your child suddenly kills you,” Cairo said. “It comes as quite a shock.”

Sayed Sahaluddin contributed to this report.