The South Florida congressional delegation and both of the state’s U.S. senators issued a bipartisan plea to the Trump administration on Monday to extend temporary protected status for Haitian nationals in the U.S., partly because of the impact of Hurricane Irma.

Irma hit northern Haiti on Sept. 7. It caused flooding, destroyed crops and homes and further damaged infrastructure, cutting off rural villages from nearby cities, the lawmakers said in a letter to Trump’s Department of Homeland Security.

Not mentioned in their letter is a looming potential threat: Hispaniola, home to Haiti and the Dominican Republic, is in the cone of uncertainty for Hurricane Maria in coming days.

Last year, Haiti suffered severe damage from Hurricane Matthew, which devastated its main food-growing region. Earlier this year, the Trump administration said TPS, which was granted and has been renewed repeatedly since the devastating 2010 earthquake, would end early next year. 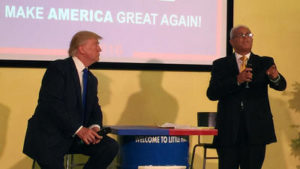 It prevents deportation but does not grant a path to permanent residence or citizenship. TPS has been repeatedly extended as the country recovered slowly, often with setbacks. Haiti has experienced an epidemic of cholera introduced to the country by United Nations forces brought in to help after the earthquake.

On May 24, then-Homeland Security Secretary John Kelly announced a six-month extension of TPS, until Jan 22, 2018, and advised Haitians in the U.S. to use the time to get their affairs in order. Kelly is now Trump’s chief of staff in the White House.

Kelly said Haiti has “made progress across several fronts.” He cited multiple signs of progress including the closing of the vast majority of camps for displaced residents, the plan to rebuild the Haitian president’s residence in Port-au-Prince and the withdrawal of the U.N. stabilization mission.

South Floridians with ties to Haiti and elected officials with lots of Haitian-American constituents said there hasn’t been much progress on recovery. And, they said, there is no way the country can absorb the return of 58,000 people who have protected status. An April report from the Immigrant Legal Resource Center said the largest concentration of Haitians with temporary protected status were in South Florida. The New York metropolitan area was second. 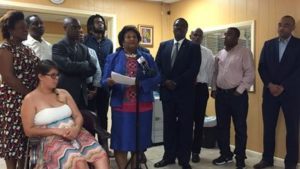 Haitians in US get slight reprieve but worry about future

The only representative from southeast Florida not on the list is U.S. Rep. Brian Mast, a Republican who represents northern Palm Beach, Martin and St. Lucie counties. 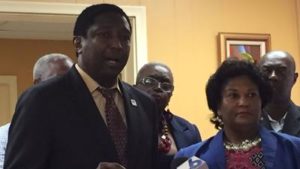 They said TPS “is central to our country’s commitment in providing safe haven to individuals unable to securely return to their home country due to ongoing violence, environmental disasters, or other extraordinary conditions. Haiti continues to face such conditions.”

In their letter, the lawmakers also said that “some statistics may look encouraging at first glance, a closer look shows a country still struggling significantly to recover from the extraordinary conditions” caused by the earthquake and Hurricane Matthew.