On Wednesday, August 9th, and Saturday, August 12th, five experienced film editors joined the NIRV team to help guide our documentary filmmakers-in-training.  Now the truth would be revealed!  Had they learned how to shoot material that would make an editor happy?  During the previous week, each of the trainees shot an activity of someone making something: a process with a beginning, middle and end.

Each editor met with teams of trainees to review their footage.  There was a lot of laughter and some grimaces, about the footage presented.  The editors created a scene from the trainee’s material, talking through how an editor thinks and what they are looking for to turning raw footage (or sewage?) into a story. Trainees learned firsthand how their shot choices affected the editor’s ability to construct a scene with smooth continuity.

Dan Girmus, points out to Braulio Tellez Vilches of Cuba, and Katsy Rivera-Kientz of Puerto Rico how certain aspects of the footage they shot work well.

We are privileged to benefit from their wisdom, experience, and spectacular good humor! In addition to being expert film editors, three of the five editors are immigrants to America like our trainees. We are thrilled to have them on board. Learn more about the incredible talent that has joined the NIRV project. 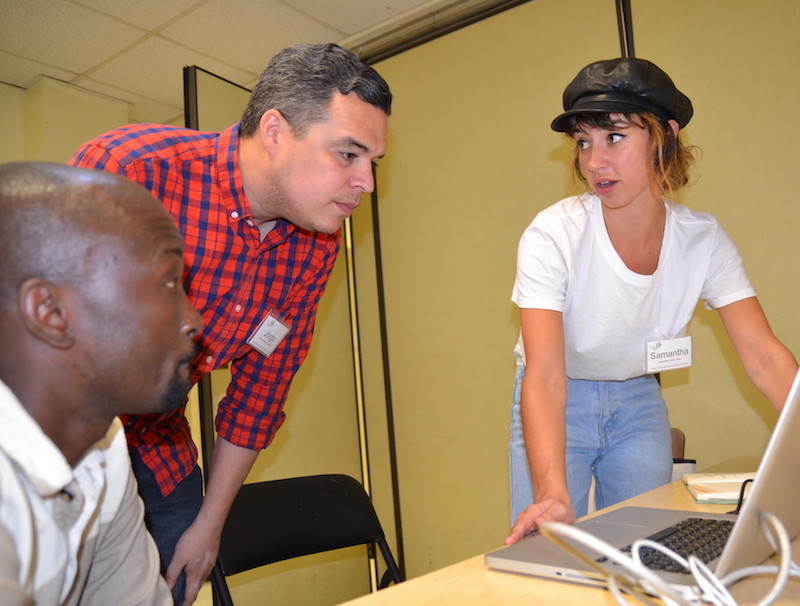 Peter Rhodes (center) describes the effect of shot selection on storytelling to Sayed Hashimi of Afghanistan (left), Qin Li of China, Kiki Densamo of Ethiopia, and Rafael DeLeon of the Dominican Republic. 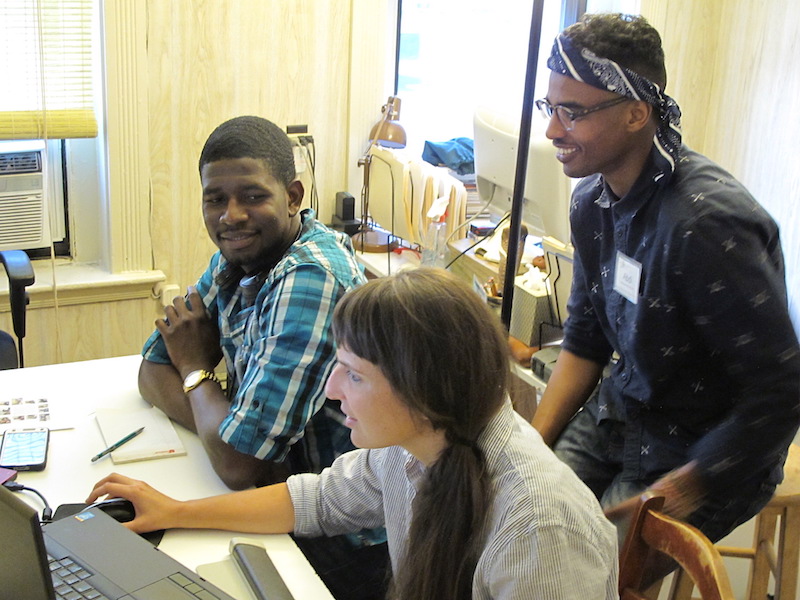 Monica Cohen “thinks aloud” as she edits the material shot by Thelimo Louis of Haiti and Abdirahman Abdi of Somalia.

During Saturday’s afternoon coffee break, the conversation turned to salsa (the dance, not the food), and Braulio and Katsy immediately gave an impromptu demonstration and instruction. By the end of the break, half the class was dancing away… 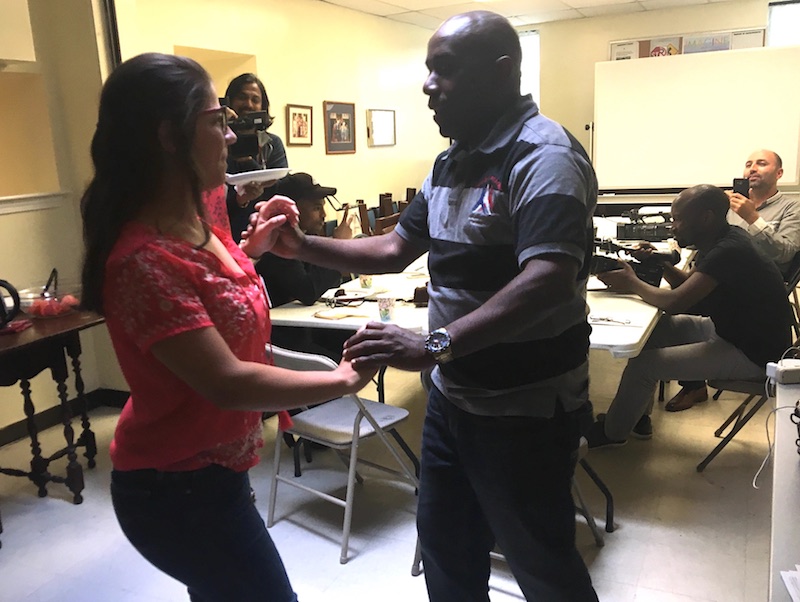 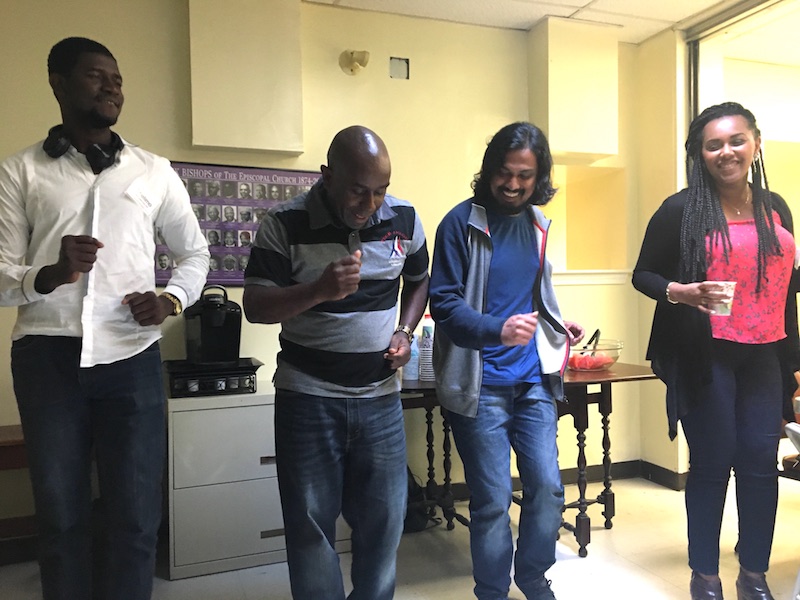 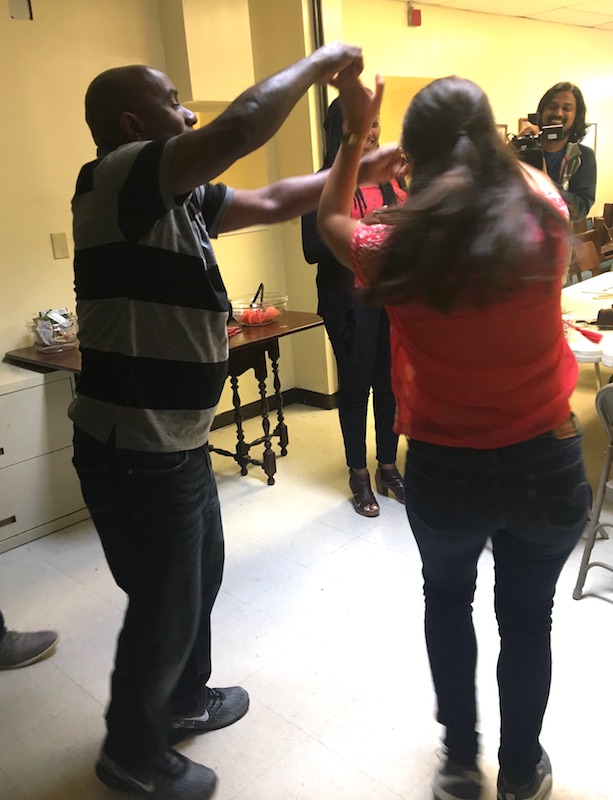 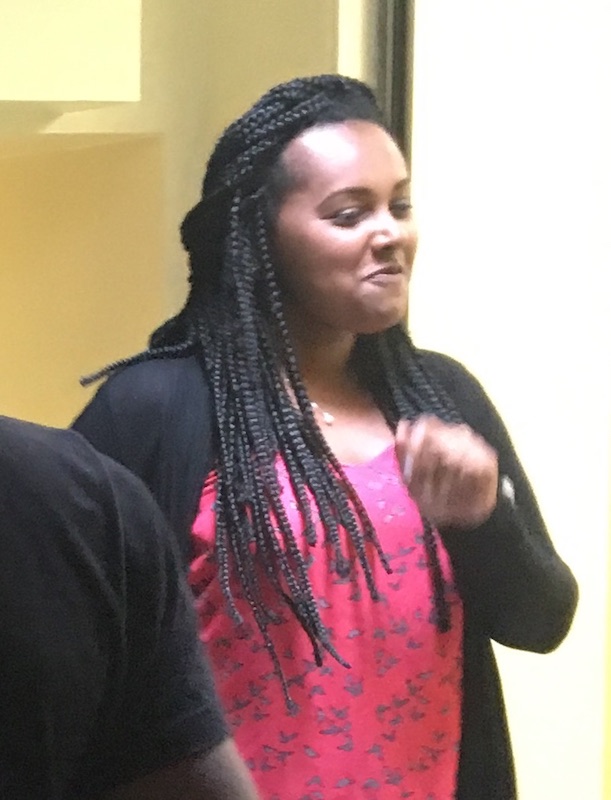 Kiki gets her salsa on!