When Sandy Yen learned earlier this year that home-sharing site Airbnb was looking for people to host refugees for free, she jumped at the chance, offering her Oakland guest house.

“My parents were Taiwanese immigrants in the 1970s, and when they came to the U.S., they struggled,” Yen said. “They were unfamiliar with the culture and the language. I’d like to give a family the kind of help I wish my parents had received.”

Yen is waiting to be matched with a family. She learned about Open Homes from an email Airbnb sent her about the program.

The 37-year-old is among 160 Bay Area residents to welcome refugees and other displaced people through Airbnb’s Open Homes program, which launched in June. 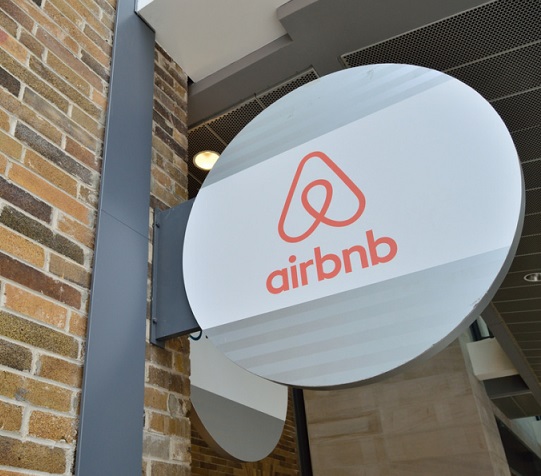 Residents of the East Bay, as well as elsewhere, are opening their homes to refugees through Airbnb’s recently launched Open Homes program. Photo: Creative Commons

There are 41 such volunteers from the East Bay, 75 in San Francisco and 48 in the South Bay. Around 450 Californians are participating, according to Airbnb.

Hosts can volunteer their homes and spare bedrooms to refugees via the Airbnb website. The International Rescue Committee, the startup’s U.S. partner, then books the listings for their refugee clients.

“They (the committee) have around 30-40 areas where they are actively working to settle refugee families, so we have been communicating with hosts in those areas to see if they would be open to signing up,” said Kim Rubey, Airbnb’s head of social impact and philanthropy.

Open Homes uses an enhanced version of a tool that was developed a few years ago to help folks displaced by disasters such as Hurricane Sandy in 2012.

“One of our hosts was living in Brooklyn and contacted us to say she had a big place and she wanted to list it for free,” Rubey said.

“At the time, we only allowed people to create listings when you charged. We realized what a great opportunity it was to help people out and a team of architects and designers worked through the night to redesign our payment system. That was the beginning of our disaster relief tool,” Rubey said.

The company has activated the tool more than 60 times to house people affected by disasters, she said.

Rubey said Airbnb, a $30 billion startup operating in 50,000 cities in 191 countries, got so much positive feedback about the disaster relief tool, the company decided to expand it.

“Since we are a global platform, we started exploring other global issues as well” and realized there was an overwhelming need for housing for refugees, Rubey said. This led to the development of Open Homes.

With the enhanced tool, “a host anywhere around the globe at any time can alert us to let us know their ability to help on the refugee front,” she said. This can be accomplished by visiting Airbnb.com/welcome and following the prompts.

“What has been really overwhelming to us is how many people are signing up who are not currently hosts,” Rubey said.

While the Brooklyn host was the inspiration for the disaster relief tool, another, unlikely person helped with the development of Open Homes: President Donald Trump.

In January, Trump issued his infamous executive order banning citizens from several Muslim-majority countries from entering the country. Travelers from those countries were detained or otherwise found themselves in limbo in airports around the world, including San Francisco International Airport. Many had fled wars in Yemen or Syria or repression in Sudan or Iran.

Protesters swarmed SFO in support of the detainees, and San Francisco-based Airbnb also stepped up.

Brian Chesky, co-founder and CEO of Airbnb, tweeted Jan. 28, “Airbnb is providing free housing to refugees and anyone not allowed in the US. Stay tuned for more, contact me if urgent need for housing.”

At that point, “we were not quite ready to launch (Open Homes),” but Airbnb activated the disaster relief tool and helped many detainees. “It helped us learn a lot in a short time,” contributing to the development of Open Homes, Rubey said.

“Our whole mission is to create a world where people feel like they belong wherever they go. Travel bans fly in the face of that, so we want to help in any way we can,” she said.

Yen said, “Knowing that there are millions of people displaced, I hope we can offer our home and help a family or an individual, welcome them in every way possible and make their path a little smoother.”