Portland, OR – Screening and Presentation – Afghan and Haitian Films 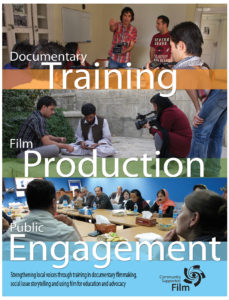 The Messenger is the Message-Local Perspectives in Film

Michael Sheridan, director of Community Supported Film, will introduce and screen Afghan and Haitian-made documentary films.  Michael went to Afghanistan in 2010 and trained Afghan journalists, storytellers and writers in lived-reality documentary filmmaking.  During this process they produced ten short films that provide a unique view of Afghans’ daily efforts to address their challenging social and economic conditions.  Community Supported Film completed a similar project with Haitians at the end of 2014.

These films nourish an understanding of Haiti and Afghanistan that goes beyond the western media’s relentless focus on crises, conflicts and disasters.  It is CSFilm’s mission to take the foreign out of foreign correspondence by putting locals in charge of the storytelling about their community’s economic and social development issues.

$5 donation suggested at the door for event expenses