AFGHANISTAN: To be born a women to burn in hell

Afghanistan is the only country in the world where the rate of female suicide is higher than that of men, and in the province of Herat almost 100 women a year burn themselves alive.

The olive eyes of Shaista peep between the bandages covering her burnt body, for she, like so many other Afghan women from the city of Herat, decided to escape her life by way of fire.

Shaista arrived at the hospital burning between wisps of hair and fabric, and her 19-year-old body is now a landscape of lava.

Tears seep between the gauze and the passageways of her blistered skin. Compassion is the closest thing to love that she will experience, and the hands of the man who changed her bandages are amongst the few that didn’t strike her.

She set herself on fire for a crime she didn’t commit, one that doesn’t exist, or one that everyone else appears to see except her. Her crime was being born a woman. 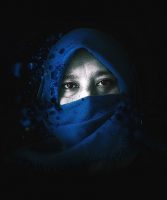 According to the British organisation Oxfam, 8 out of every 10 Afghan women suffer either physical, sexual or psychological violence.

In 2015, the Independent Afghan Commission for Human Rights registered 5,132 gender crimes and between April and June 2016 the Ministry of Women’s Affairs reported 600, but many go unreported.

The women who go to the police are at risk of being raped before being returned to their families. Those who escape for more than 48 hours face accusations of adultery, the punishment for which is either facial mutilation or death. Passed between relatives, offered to others to pay debts or settle disputes, raped and subjected to acid attacks in the streets; these women lose their mental stability and take their own lives in the most brutal way.

They usually come from lower social groups and as they don’t have access to guns or money to buy barbiturates, they drink rat poison, hang themselves, jump into rivers or set themselves on fire. 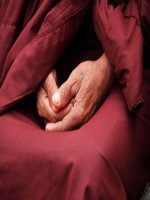 Although the families declare a ‘domestic accident’, it is easy to identify a suicide, as the majority are aged between 14-21 years old and are soaked in kerosene, when in fact most people use firewood or gas to do the cooking at home.

85% of Afghan women are unable to read or write and thus out of ignorance believe that they will die quickly. But instead they suffer for days before dying. Many pour boiling oil over themselves or drizzle it over their abdomen in order to raise attention to their plight, but sometimes the flames envelop them.

80% of those who arrive in hospital perish because of a lack of means to treat them, and if they do survive, they suffer lifelong consequences, for it is difficult to follow a course of treatment whilst carrying water and looking after numerous children.

Almost 40 years of war brought with it misery, poor health and lack of governance, under which the patriarchal system flourished; a system which made Afghanistan an open-air prison for women, causing them irreparable psychological damage.

The country’s laws tolerate tribal codes and 60% of girls under the age of 15 are forced to marry men double their age, according to the Revolutionary Association of Women in Afghanistan.

Studies from the UN Fund for the Development of Women reveal that the majority of widows sell their bodies or turn to begging in order to survive, and 65% of them see suicide as the only solution to their misery.

Herat, once known as the Pearl of Khorasan, is today a ghost town, with a horizon dotted with adobe houses, obsolete war munitions and faces hidden from the world behind the grille of a burka.

After a week in hospital, Shaista’s mother-in-law escaped with her to hide her at home, as her son simply didn’t deserve the shame of a suicidal wife.

Almost a month after the fire, she returned with wounds all over her body and without any feeling in her arms due to large necrotic areas. She did, however, survive – one of life’s cruel jokes.

Now with the same fears as before, scars from the fire on her skin and with only one arm to carry her daughter, Shaista is back in the place that she so wanted to flee.