On a crisp autumn morning in northern Afghanistan, a group of imams in elegant turbans and with cultivated beards listen to a seminar about the merits of a lubricated condom.

An array of contraceptives around him, Dr Rahmatuddin Bashardost, a programme manager for Marie Stopes International (MSI), then moves on to talk about birth control injections.

Some imams take boxes of condoms for themselves, others take them to distribute to their congregations. “It would be very good if we could show people that there are four or five kinds of birth control methods,” says one imam. The others nod. 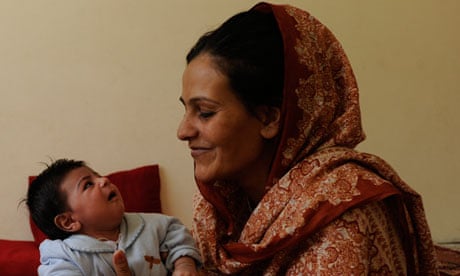 In culturally conservative Afghanistan, it is often left to local imams to deal with delicate social issues such as family planning. It is not, however, that simple. Those who advocate what are seen as modern ideas, including contraception, can fall foul of the Taliban. “Imams like myself disappear and no one asks about them,” says Mansour Mahsoom, one of the clerics involved in the programme.

Foreign aid to Afghanistan has dramatically increased access to healthcare and family planning, but despite reproductive health campaigns through public service announcements and healthcare providers, only 22% of Afghan families use contraception.

Cultural and economic barriers have kept both maternal and infant mortality rates the highest in Asia, with 67% of mothers giving birth at home, often because their husbands forbid them to go to hospital. The relentless pressure to bear many sons, a sign of high economic status, sometimes ends in tragedy.

One in 50 Afghan women dies of causes related to pregnancy. Five years ago, MSI and the UN Population Fund realised the most effective way to decrease mortality rates was to reach men through mosques. They set up partnerships with local imams and their wives to change reproductive practices in their communities.

The Qur’an supports the use of contraception to allow women breaks between pregnancies to nurse their children. It states: “The mothers shall give suck to their offspring for two whole years.” Another passage says: “Allah desires to lighten your burden, for man was created weak.”

Most Afghans, however, are not aware of this. Instead, the Taliban threaten imams for collaborating with a western occupying power. Some have received anonymous phonecalls and letters.

The Taliban are returning fast, so fast that the US announced last month that it would halt the pullout of its remaining troops. The insurgents’ brief takeover of Kunduz in early October was bad news for the imams. Afghan forces may have retaken the city, but growing sectarian violence has made any promotion of western medicine and practices too dangerous for now.

The 200-year-old mosque Imam Mahsoom presides over is the focal point of his community. Each day after prayer, scores of men and boys ask him for advice on health, money, jobs and family issues.

“These men are primarily farmers. They’ve known only war and guns and weapons,” the 36-year-old scholar says. “It takes time, but I’ve been able to encourage them to take their wives to the MSI clinic for treatment and medicine.” 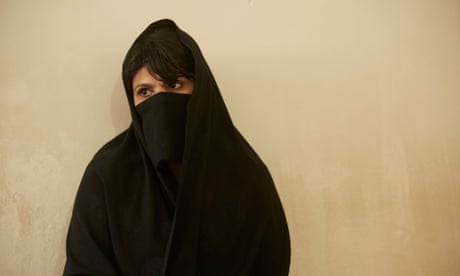 For women in the countryside, who are seldom allowed out of the house, the injection only requires them to make the journey to the clinic every three months.

MSI has reached out to 6,000 imams and their wives so far. With their help, it estimates that it averted 1,646 unintended pregnancies in 2014, up from 199 in 2008. Last year the charity even noticed the wives of local Taliban members coming to its clinics for consultations.

An atmosphere of fear, however, surrounds the programme. For a time, the imams were comfortable distributing condoms outside their mosques. Today threats from the re-emergent Taliban forces mean they all have given up the practice.