ON DEVELOPMENT: School out of reach for nearly one in 10 children worldwide, UNESCO says 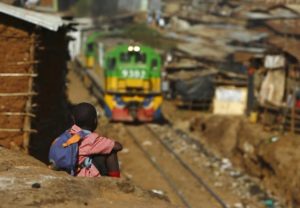 Many children out of school live in areas of conflict, others are girls living in societies that do not advocate educating women

NEW YORK, July 15 (Thomson Reuters Foundation) – Some 263 million children worldwide, nearly one in 10, do not go to school, posing a daunting hurdle to the United Nations’ efforts to educate all children by 2030, the U.N.’s cultural agency UNESCO reported on Friday.

The number is “staggering,” yet marks an improvement from 2000 when some 374 million children did not attend school, UNESCO said.

Many children out of school live in areas of conflict, others are girls living in societies that do not advocate educating females and others live in countries that do not make secondary school compulsory, the report said.

Children in their late teens are four times more likely to be out of school than younger children, it said.

“Our focus must be on inclusion from the earliest age and right through the learning cycle, on policies that address the barriers at every stage, with special attention to girls who still face the greatest disadvantage,” said UNESCO’s Director-General Irina Bokova in a statement.

U.N. member nations last year adopted a set of global goals for 2030 that included a call for children around the world to complete primary and secondary school.

“These new findings show the hard work ahead if we are to reach this goal,” Bokova said.

Around the world, 22 million out-of-school children of primary education age live in conflict areas, it said.

Also, many children not in school live in sub-Saharan Africa, where three out of five children of secondary school age are not in classes, it said.

UNESCO said while primary and lower secondary education are compulsory in nearly every country, upper secondary school is not. Also, it said older children are often of legal working age.

It said globally 15 million girls of primary school age will never attend classes compared with about 10 million boys, and more than half those girls live in sub-Saharan Africa.