HAITI, DEVELOPMENT: Health workers in Haiti on mission to thwart spread of Zika

Fleurilus Vilton Melyse trudges up and down miles of rugged, goat-track trails every week to deliver critical medical updates to some of Haiti’s most remote mountain communities.

Her primary directive this summer: Teach and motivate rural Haitians — most of whom lack electricity and Internet access — to thwart the spread of Zika, the mosquito-borne virus declared by the World Health Organization to be an international public health emergency.

Melyse, 45, is among 142 community health workers trained to do medical outreach for Hopital Albert Schweitzer, a 60-year-old institution in Haiti’s Artibonite Valley with Pittsburgh origins and a Strip District-based administrative staff.

Its 610-square-mile service area of about 350,000 people has combatted deadlier diseases in recent years, including HIV/AIDS and cholera, and mosquito-borne illnesses such as dengue and chikungunya, which causes debilitating joint pain and is carried by the same mosquito type that transmits Zika.

Yet, to Melyse, who was born in these rural mountains and is a mother of five, Zika elicits a heightened sense of trepidation and urgency because of its link to severe brain damage in babies whose mothers carry the Zika virus during pregnancy.

“I won’t always be here. The children, the next generation, they will be here to support Haiti,” Melyse said in her native French, translated for the Tribune-Review by a hospital official. “It’s really important for us to prevent this, because if it has a negative impact on the children, it has a negative effect on all of Haiti.

“I don’t want that for my country.”

Bracing for an outbreak

Mosquito-breeding season has begun in Haiti. June is typically its wettest summer month.

“It’s upon us, and that’s not anything we can change the schedule on,” said John R. Walton, board chairman for HAS, which has scrambled since January to develop a three-year, prevention-focused strategy for addressing Zika. “We’re very nervous.”

International observers and local health care officials are bracing for a potential outbreak that could further devastate the poorest country in the western hemisphere.

Zika is transmitted primarily by Aedes aegypti, a species of mosquito that thrives in tropical areas and exists in the southern United States, surfacing in warmer months.

The threat of widespread disease in Haiti is exacerbated by deficient water and sanitation systems, a severely under-resourced health care system and infrastructure that was weak or lacking even before the 2010 earthquake that killed more than 220,000 people and displaced millions.

“Women who are already pregnant are more scared,” Melyse said. “Women who aren’t pregnant, there is a sense of worry.”

The CDC concluded in mid-April that Zika causes birth defects including microcephaly, an affliction in which babies are born with smaller than normal heads and often smaller, improperly developed brains.

Not all women infected by Zika have babies with microcephaly; however, there is no known cure, and experts estimate it could take 18 months to two years before a reliable vaccine becomes available.

“We can’t wait two years to deal with this,” Walton said. “The thrust of our work is to try to prevent women from being pregnant when they get bit the first time.”

Nearly 6,000 rural Haitians — about 5,000 of whom were women — attended 185 education sessions on Zika hosted by HAS community health workers in the past three months. The HAS staff members stand out in their approach because they also tap into a network of more than 300 matrones, the less formally trained but well-trusted birth attendants embedded within rural communities.

Community workers go over the symptoms of Zika — joint pain, itchy rash, red eyes — and urge anyone experiencing them to get to a health post for evaluation. They stress the importance of eliminating unnecessary standing bodies of water and protecting pregnant women from mosquito bites.

Basic protectants in the United States like screens on windows of air-conditioned homes are practically nonexistent for these Haitians, who must collect and purify their own water supply and clear their own trash.

Some standing water is merely a factor of subsistence farming.

“If you’re working in a rice paddy, it’s hard to say you’re going to eliminate the standing water; it’s not going to happen pretty much,” Walton said.

Women are being urged to participate in family planning and hold off on pregnancy if they want to minimize risks.

“The faster we can react and get people the family planning materials and information they need,” said Jayson Samuels, major gifts manager for HAS, “the more successful we can be at stemming the tide of this thing.”

The hospital’s Zika response plan — developed in January and revised this month — focuses on strengthening the health care system’s outreach capacity, increasing data collection and building partnerships with organizations that work with children with disabilities. It calls for increased training to ensure any pregnant woman who has contracted Zika receives an ultrasound 18 to 20 weeks into pregnancy.

The nonprofit health care group is heeding close attention to the budding development of low-cost tests, vaccines and so-called Zika kits — packs advocated by the CDC that include the likes of a bed net, insect repellent, standing water treatment tabs and condoms.

The hope of HAS officials is that if the region can hold off a major outbreak for two years, a majority of the population will develop antibodies making them immune to the disease.

HAS, whose roots date to 1956 as the brainchild of public health pioneer and Pittsburgher Larry Mellon, has a $6 million annual budget, with 550 Haitian employees and five based in the Strip District.

It has succeeded in stemming deadlier problems than Zika, namely the cholera epidemic that infected 8 percent of Haitians through contaminated water and killed more than 9,000 between 2010 and 2014. HAS, which treated nearly 5,000 people at the height of the problem in 2011, had less than 30 cases last year.

“We’re hoping to see the same kind of impact here with Zika,” said Walton, “so that if women have already been exposed and then become pregnant, it won’t be an issue.”

Natasha Lindstrom is a Tribune-Review staff writer. Reach her at 412-380-8514 or nlindstrom@tribweb.com. 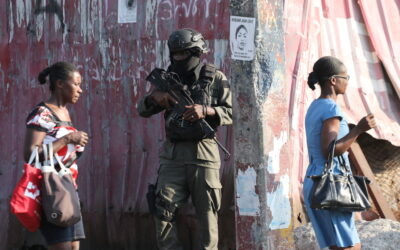 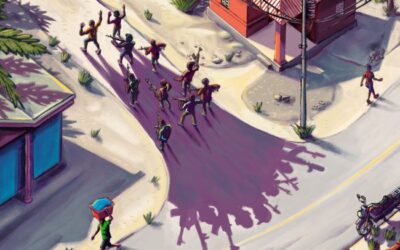