Let’s pretend, for a moment, that you are a 22-year-old college student in Kampala, Uganda. You’re sitting in class and discreetly scrolling through Facebook on your phone. You see that there has been another mass shooting in the US, this time in a place called San Bernardino. You’ve never heard of it. You’ve never been to the US. But you’ve certainly heard a lot about the gun violence there. It seems like a new mass shooting happens every week.

You wonder if you could go there and get stricter gun legislation passed. You’d be a hero to the American people, a problem-solver, a lifesaver. How hard could it be? Maybe there’s a fellowship for high-minded people like you to go to the US after college and train as social entrepreneurs. You could start the nonprofit organisation that ends mass shootings, maybe even win a humanitarian award by the time you are 30.

Sound hopelessly naive? Maybe even a little deluded? It is. And yet, it’s not much different from how too many Americans think about social change in the global south.

If you asked a 22-year-old American about gun control in this country, she would probably tell you that it’s a lot more complicated than taking some workshops on social entrepreneurship and starting a nonprofit. She might tell her counterpart from Kampala about the intractable nature of the legislative branch, the long history of gun culture in this country and its passionate defenders, the complexity of mental illness and its treatment. She would perhaps mention the added complication of agitating for change as an outsider.

But if you ask that same 22-year-old American about some of the most pressing problems in a place like Uganda — rural hunger or girls’ secondary education or homophobia — she might see them as solvable. Maybe even easily solvable.

I’ve begun to think about this trend as the reductive seduction of other people’s problems. It’s not malicious. In many ways, it’s psychologically defensible; we don’t know what we don’t know.

The reductive seduction is not malicious, but it can be reckless

First, it’s dangerous for the people whose problems you’ve mistakenly diagnosed as easily solvable. There is real fallout when well-intentioned people attempt to solve problems without acknowledging the underlying complexity.

There are so many examples. As David Bornstein wrote in the New York Times, over four decades of westerners working on clean water has led to “billions of dollars worth of broken wells and pumps. Many of them functioned for less than two years”.

One classic example: in 2006, the US government, the Clinton Foundation, the Case Foundation, and others pledged millions of dollars to Playpump, essentially a merry-go-round pump that produced safe drinking water. Despite being touted as the (fun!) answer to the developing world’s water woes, by 2007, a quarter of the pumps in Zambia (pdf) alone were in disrepair. It was estimated that children would need to “play” for 27 hours a day to produce the water Playpump promised.

We are easily seduced by aid projects that promise play. The Soccket, an energy-generating soccer ball, made a splash in 2011 when it raised $92,296 (£64,300) on Kickstarter. Three short years later, the company that created it wrote to its backers: “Most of you received an incredibly underwhelming product with a slew of manufacturing and quality control errors … In summary, we totally f*#ked up this Kickstarter campaign.”

Reading their surprisingly candid mea culpa, I couldn’t help but wonder where the equivalent message was to the kids in energy-starved areas whose high hopes were darkened by a defunct ball. In some cases, the reductive seduction can actively cause harm. In its early years, Toms Shoes — which has become infamous for its “buy one give one” business model, giving a pair of shoes for every one sold — donated American-made shoes which could potentially put local shoe factory workers out of jobs.

Second, the reductive seduction of other people’s problems is dangerous for the people whose problems you’ve avoided. While thousands of the country’s best and brightest flock to far-flung places to ease unfamiliar suffering and tackle foreign dysfunction, we’ve got plenty of domestic need.

In a chilling essay, CZ Nnaemeka calls this underserved American demographic – single mothers, veterans, the elderly – the “unexotic underclass” and argues that entrepreneurs have missed a huge opportunity. “The unexotic underclass has big problems, maybe not the Big Problems – capital B, capital P – that get ‘discussed’ at Davos. But they have problems nonetheless.” 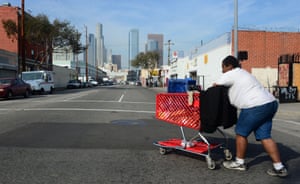 Poverty in the world’s largest economy remains far from being eradicated, with a US Census Bureau report revealing that nearly one in three Americans experienced poverty for at least two months between 2009 and 2011. Photograph: Frederic J. Brown/AFP/Getty Images

There is tremendous need and opportunity in the US that goes unaddressed. There’s a social dimension to this: the “likes” one gets for being an international do-gooder might be greater than for, say, working on homelessness in Indianapolis. One seems glamorous, while the other reminds people of what they neglect while walking to work.

The activists, entrepreneurs, advocates, designers, and organisers that I admire most these days are up for that kind of investment. They seem to lean in to systemic complexity with a kind of idealistic sobriety. They are people working on the least “sexy” issues imaginable: ending homelessness, giving more people access to credit, making governments work better.

I understand the attraction of working outside of the US. There’s no question that the scale and severity of need in so many countries goes far beyond anything we experience or witness stateside. Why should those beautiful humans deserve any less of our best energy just because we don’t share a nationality?

And I’m not arguing that staying close to home inoculates kids, especially of the white, privileged variety, like me, from making big mistakes.

Don’t go because you loved studying abroad. Go because, like Molly Melching, you plan on putting down roots. Melching, a native of Illinois, is widely credited with ending female genital cutting in Senegal. But it didn’t happen overnight. She has been living in and around Dakar since 1974, developing her organisation, Tostan, and its strategy of helping communities collectively address human rights abuses. Her leadership style is all about finely calibrated moments of risk – when she will challenge a local leader, for example – and restraint – when she will hold off on challenging because she hasn’t yet developed enough trust with him. That kind of leadership doesn’t develop during a six-month home stay.

There’s a better way. For all of us. Resist the reductive seduction of other people’s problems and, instead, fall in love with the longer-term prospect of staying home and facing systemic complexity head on. Or go if you must, but stay long enough, listen hard enough so that “other people” become real people. But, be warned, they may not seem so easy to “save”. 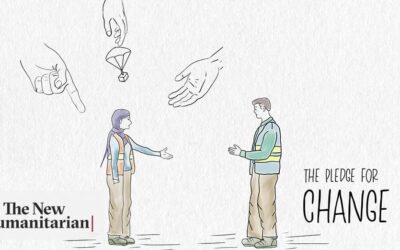 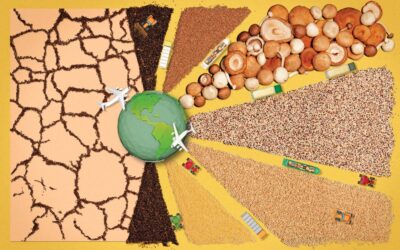