ON DEVELOPMENT: The future of aid: will international NGOs survive? 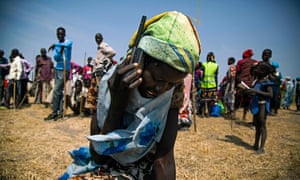 My first job in the international NGO (INGO) sector was working with the British Red Cross on a project to improve accountability of humanitarian action to beneficiaries. It was the mid 1990s, and humanitarian NGOs were reeling in the aftermath of the Rwandan genocide, concerned about their failure to prevent a humanitarian catastrophe.

There was a lot of soul-searching, with multiple inter-agency initiatives aimed at responding to the critics and making the sector more accountable, more humane and responsive. But they failed to stem the tide   of discontent that was beginning to wash over the sector.

Twenty years later and INGOs – humanitarian, human rights, development and environment – are all facing a set of far more critical and far-reaching crises. Their very legitimacy is in question from all sides: governments, southern partners, donors, and even their own staff.

The critiques are myriad. Southern organisations and governments argue that INGOs are unaccountable and have too much power; humanitarian agencies, meanwhile, fail to consult beneficiaries and local groups effectively, and it’s unclear where donors’ money goes. At home some politicians argue that INGOs shouldn’t bite the hand that feeds them by campaigning while receiving government grants. Conversely, they’re accused of not campaigning enough; that they are apolitical, and too close, in some cases, to the corporate sector. Add to this list concerns about overheads, aggressive fundraising tactics, gender representation, and the failure to win key campaigns on critical issues such as climate change.

In spite of what some perceive as great successes of the sector – reaching the 0.7% foreign aid targetor international debt relief – there is no backing away from the view that the sector needs, at the very least, a tune-up, if not a wholesale revolution to enable it to face modern times.

Because in addition to the critiques, the sector is facing a rapidly changing, complex, and increasingly demanding environment, with new conflicts and climate change and colossal political, technological, and demographic transformation. The world bears little resemblance to what it did in the sector’s heyday of the 80s and 90s. Seven of the largest development organisations in the UK (Oxfam, Christian Aid, Action Aid, Cafod, World Vision, Tearfund, Save the Children) now have a combined income of more than £1bn, but is their influence and impact commensurate?

Social innovation seems to be rising up around INGOs, making them appear out-dated and static in comparison. Social enterprises are rapidly occupying the service delivery space where INGOs once led, with a fresh wave of philanthro-capitalists seeking out “beyond charity” solutions to poverty. Meanwhile, new social movements from Occupy to UK Uncut are highlighting the issues of inequality and social justice and inspiring young people more than ever before. Digital technology has bred a new rise of campaigners, from 38 Degrees, to350.org, which seem to be more effective at rapid mobilisation, both on and offline.

It’s an exhausting list, and one that threatens to send even the most die-hard of INGO thought leaders into a dark closet, never to be seen again. I suspect a few are already there.

If INGOs were companies, most would shrug the critics off – “haters gonna hate” – and continue on as they were. But they’re not, nor can they afford to bury their heads in the sand. Historically, INGOs have gone through periods of growth and retrenchment, and no doubt these patterns will continue.

The sector’s traditional approach to challenge has been to develop codes of practice, joint charters, or training schemes. Some go further: Action Aid and Oxfam have shifted their headquarters to the global south. But such approaches feel a bit like changing a warning sign on a poorly engineered aircraft – they still have a high likelihood of failure.

It is unlikely that INGOs will survive, at least in their current form, without a direct full-frontal assault on the sector. With the external trends coming at rapid-fire pace, they will need to respond by innovating in an equally rapid-fire fashion. So the question is: how will INGOs face the issues of today, and what will they look like when they come out the other side?