ON THE MEDIA: Oscars: Examining Gender Bias in the Documentary Categories

The institutional bias against minorities and women within the Academy has been widely discussed. However, encouraging Oscar docu statistics as well as an impressive roster of female nonfiction gatekeepers suggest that women in the documentary arena are not only breaking down barriers but also successfully steering the ship.

Not so, according to a number of the communities’ leading female directors, producers and executives.

Unlike the narrative world, where hardly a week goes without a prominent actress or director making headlines by blasting Hollywood for treating women as second-class citizens, public discussion of gender inequality in the nonfiction community is not often spotlighted.

In early January, Cook wrote a 634-word Facebook entry about gender bias in the documentary world. In the post, Cook said there is a “misperception that the (feature) documentary category is more inclusive, less sexist and less racist than the other categories.” The entry went viral.

In spite of that grim stat, there is no denying that female feature documentarians have a better Oscar track record than their fiction counterparts. Case in point: In the past 10 years, 13 female helmers have been nominated in the feature docu race. (Poitras was nominated twice in that period.) They made up 30% of the nominations.

Through 1992, nominations and awards in docu categories went to producers, not directors. If directors were also classified as producers, they received the award. In total, 11 female directors have won the feature doc kudo, including two-time champ Barbara Kopple, who won for 1976 and 1990.

Compare that to the past 10 years of the directing race, where there’s been only one female nominee — Kathryn Bigelow, who went on to make history by becoming the first woman to win. In the past 88 years, 12 best picture nominees have been directed by women. Out of those 12 films, only three were nominated for a directing kudo.

Despite the promising Oscar numbers, prominent nonfiction female filmmakers attest to gender bias in the community even after winning a little golden man. “Learning to Drive” screenwriter Sarah Kernochan has won two Academy Awards for her nonfiction work, the first for 1972 feature “Marjoe” and the second for 2001 short “Thoth.”

“My co-director on ‘Marjoe’ was a man, Howard Smith,” Kernochan says. “He was good about thrusting me forward so people would have to deal with me as well, because they would automatically talk to him (about the film) and often I was the one with the answers. When I split up with him, there were no opportunities for me, but there were definitely opportunities for him.

“The Oscar didn’t get me anywhere at all because it was assumed that Howard did all the work and I was just the tag-along. The second Oscar, it had absolutely no effect. I think one person asked to meet with me. One! And it was just a meet and greet. It didn’t lead to a job. That would have never happened with a man. Especially a young man.”

In a recent essay for Medium.com, “What Happened, Miss Simone?” helmer and two-time Oscar nominee Garbus recalls fighting for a credit she rightfully deserved.

“On one of my earliest projects, on which I worked many, many years, for next to no money (the usual), my deal with my male filmmaking partner was that we would share producer and director credit,” Garbus wrote. “Three years later, after I had brought in one of the two financing deals, spent nearly two years in the field and a year in the edit room, and maxed out a personal credit card in order to get the film finished, as we were doing the credits in post this fellow suggested that we share just the directing credit, but the producing credit rest solely with him.”

Garbus ultimately kept her producing credit, but contribution questioning is not unique to her. Female directors point to gender disparity in all facets of the documentary process in spite of prominent female gatekeepers including HBO’s Sheila Nevins, Netflix’s Lisa Nishimura and A&E’s Molly Thompson as well as a lower barrier of entry into the field.

Problem is, many women in the field do not feel comfortable going on the record about it.

“The problem is a different kind of problem than the fiction world,” Porter says. “In documentaries it’s definitely not a problem of access and filmmakers getting greenlit, because documentaries don’t necessarily work that way. We are not an industry of commissions, so we don’t really have to wait for greenlights. But as a woman you have to make the case each time you want to make a film why you should be trusted. People assume that you, being a woman, don’t necessarily have an infrastructure. I don’t get the sense that people ask (male documentarians) those kinds of things. Or when working with a crew you aren’t familiar with — you get people challenging you in ways that I’m positive they don’t challenge guys. For instance, they think you never shot an interview before.”

Despite choosing a popular, historically well-funded nonfiction topic (“Amy” and “Miss Simone?” are about notable female singers Amy Winehouse and Nina Simone) for her first feature, Edwards did not receive any outside funding. Instead she was forced to self-finance, using credit cards, savings and asking family members for loans. (HBO acquired the film in April.)

Arguably project undercapitalization is a problem for both male and female documentary filmmakers, but Edwards says it’s worse for women and people of color.

“Making documentaries is tough all over, but when sh– gets tough all over, ultimately the first people who get what they need to get going are white dudes,” says Edwards. “The only way it’s going to change is to talk about it and hire more women.”

Garbus agrees. “I think it’s crucial that we’re having these conversations (and) that people are increasingly aware of whatever unconscious biases they bring to the table when hiring or deciding whose film to finance or distribute.”

Despite being the only female nominee in the doc feature race this year, Garbus says she does not feel like the underdog.

“(‘What Happened, Miss Simone?’) has had an extraordinary year, and has gotten incredible responses from audiences and terrific support from (Netflix),” the helmer says. “I feel I’m representing for female doc filmmakers — some of whom I had hoped would be my fellow nominees — but it feels more like an honor than a pressure.” 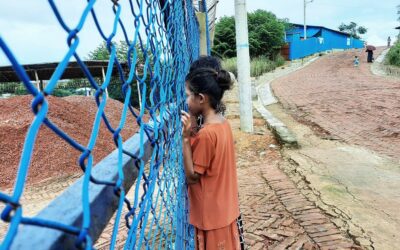 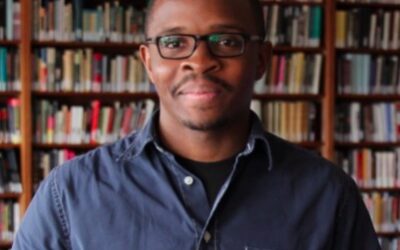