ON THE MEDIA; AFGHANISTAN: What next for media in Afghanistan? 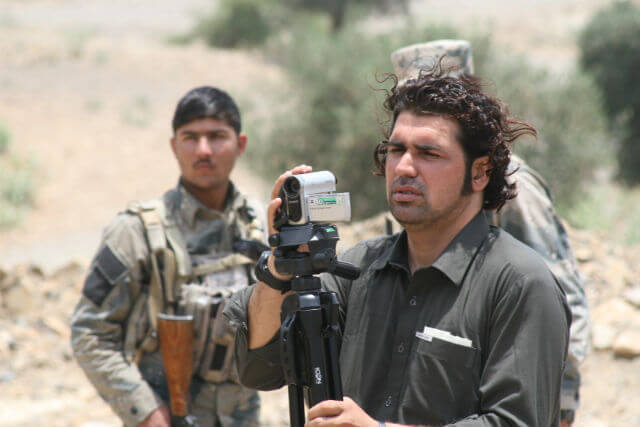 As private and independent media in Afghanistan struggle to come to terms with the loss of seven colleagues from Tolo TV in January following a Taliban-led bomb attack, the international community must now consider how best to move forward in their support for media workers in Afghanistan

The Taliban’s renewed hostility towards media and the emergence of equally media-hostile ISIS (Daesh) in Afghanistan pose serious challenges to the impressive gains in the field of independent media and freedom of expression in Afghanistan over the last 15 years.

The vulnerability of private, independent media in the country was brutally exposed when a bomb attack on 20 January targeted a minibus carrying workers from the country’s largest private broadcaster, Tolo TV, killing seven staff members and injuring dozens.

In the months leading up to the attack, the Taliban had exhibited increasing hostility towards media workers following a spate of years in which the terrorist group had built up stable relationships with mainstream media, providing regular press statements from spokesmen and utilizing social media with great effect to broaden their outreach. In September and October 2015, this strategy changed abruptly, as the Taliban proceeded to openly target journalists during the terrorist group’s capture of the Northern city of Kunduz. According to the IMS-supported Afghan Journalists Safety Committee (AJSC), the Taliban actively sought out journalists, searching and raiding the offices of media outlets.

Despite being taken somewhat by surprise by this turn of events in Kunduz, the AJSC, a locally led network of journalist union -, media and civil society representatives working to protect and improve the safety of Afghan journalists, was able to help over seventy journalists out of Kunduz in time. The emergency assistance involved providing accommodation, transportation by air and cash handouts to cover emergency expenses for the displaced journalists. Female journalists fled under the cover of their Burqas.

Following the Kunduz incident, Tolo TV News and 1TV, the two largest private broadcasters in the country, were singled out and named as military targets by the Taliban allegedly for having broadcast false reports about the conduct of Taliban fighters during their brief takeover of Kunduz. According to the AJSC, this was the first time that the Taliban had publically issued threats against specific media outlets directly from the Taliban Military Council. In a strong show of solidarity, some Afghan media and media support organisations issued a joint statement promising to boycott any Taliban media and news sources if such an attack was carried out. Tolo TV was attacked on 20 January.

The threat of another imminent attack is now one that staff at 1TV are living with every day.

“The attack on Tolo TV was shocking. I expected it, but not so soon,” says Abdullah Azada Khenjani, editor-in-chief and Head of News and Current Affairs at 1TV.

“1TV covered the attack and issued a statement saying that we considered this to be an attack on all media. The night of the attack, we focused on supporting our colleagues at Tolo TV. The next morning, BBC Persia reported that a spokesperson for the Taliban had said that 1TV was next in line.”

The attack on Tolo TV has taken its immediate toll on the daily lives of staff at 1TV. Many staff members are opting not to come to work out of fear of another attack and while the management group at 1TV has taken the threats against the station very seriously, ensuring the protection of over 100 staff members remains not only logistically difficult, but also very costly.

“Not only are journalists living in fear. Their families are affected as well. My mother is not sleeping and I need to report to my wife every hour for her peace of mind,” Abdullah Azada Khenjani explains.

“The aim of the Taliban is to demolish the beginnings of a democratic system in Afghan society in which media is a main pillar. My fear is that they will succeed. We need the Afghan government to help mitigate these attacks on media and we need more support from the international community. I think the coming year could well become the deadliest yet for journalists in Afghanistan.”

“In the last 15 years, the international community has spent millions of dollars in Afghanistan, but more of this should have been invested in securing freedom of expression values. We need to help Taliban supporters understand that media has an important role to play as a watchdog of government and power holders and that for this reason, media should not be a target. In addition to this, there is a need for more technical support to educate local media in the provinces on how to better protect themselves.

For now, the IMS-supported, locally anchored Afghan Journalist Safety Committee remains the only country-wide safety and protection mechanism for Afghan journalists that operates in 32 out of 34 provinces. The Safety Committee has assisted some 600 journalists in distress since it was set up in Afghanistan with support from IMS in 2009. Regional safety coordinators and volunteers manage an alert system, where they liaise with journalists under threat and provide updates on violations and changing circumstances for media to the AJSC headquarters. Basic services include various types of safety training for both male and female journalists, legal advice, a hotline, safe houses and safety funds coupled with efforts to influence media law reform through advocacy efforts.

One of the AJSC’s key initiatives has been its approach to community-based safety where cooperation with local police authorities has resulted in agreements on provincial safety procedures for police to follow to help ensure a safer working environment for journalists. But also the AJSC setup remains fragile in a volatile environment where rising insecurity and decreasing funding for their essential work to ensure the safety of journalists are a reality.

The Taliban’s renewed hostility towards media and the emergence of ISIS and their aggressive and coercive position towards media in Afghanistan both pose serious challenges to the impressive gains made by media and in the field of freedom of expression in Afghanistan over the last 15 years. Today, media plays a highly important role in public life. The media is the only watchdog apparatus monitoring the performance of the government and power holders. Safeguarding a strong, professional and independent media sector and its workers should thus be viewed as a long-term investment in Afghanistan’s democratic and peaceful development.