ON THE MEDIA: The Fearful World of Network News in 2015

– If your view of world events outside the U.S. was shaped in substantial part by watching the evening news shows on the three major U.S. networks last year, you’d probably want to stay home.

Terrorism and the bloody wars of the Middle East dominated the network news coverage of the world outside our borders last year, according to the latest annual summary of the authoritative Tyndall Report, which was released just last week. Domestically, it was pretty scary, too, with two of the year’s three top domestic stories featuring Donald Trump’s ugly presidential primary campaign and last month’s San Bernardino massacre, which was allegedly inspired by the Islamic State (ISIS or IS).

As in virtually every year since 9/11, Latin America, Africa, and East Asia (which includes China, Japan, and the Koreas) barely registered in the networks’ universe. Global warming—arguably the greatest existential threat facing our way of life—made only a cameo appearance in the guise of last month’s Paris climate summit, despite today’s New York Times headline: “2015 Was Hottest Year in Historical Record.” Unfortunately, the Paris summit coincided with the San Bernardino massacre, which received eight times the coverage.

As noted by Andrew Tyndall, the Report’s publisher, in an email exchange today,

This last year has been especially narrow in the range of international stories, in that few stories that are unrelated either to terrorism or to the Middle East (or both) have attracted attention. No Ebola. No Fukushima. The excitement around the new pope is starting to subside. No royal wedding. No Olympic Games. …Europe has received prominent coverage. However, the three biggest European stories (Charlie Hebdo, the refugee crisis, the Paris concert massacre) can be portrayed as spillovers from Mideast tensions. All three of these major European storylines fit neatly into fearful narratives made by domestic politicians.

Aside from the tragic death of Cecil the lion in Zimbabwe, sub-Saharan Africa, the world’s largest continent with a population of a billion people, didn’t exist in the evening news universe

Tyndall has been tracking and cataloguing the evening news broadcasts of ABC, CBS, and NBC each weekday since 1988. That comes to roughly 22 minutes for each network per evening, or nearly 15,000 minutes a year for all three weekday evening shows combined. (The total this year was 14,574 minutes.) His findings are considered the most authoritative publicly available source on network news coverage.Although citizens increasingly rely on the Internet for national and international news, the network evening news remains the single biggest source, attracting a nightly audience of around 24 million viewers, according to the latest report by the Pew Research Center on Journalism and the Media. By comparison, the average primetime audience for all cable news channels combined is a mere 3.5 million. Thus, the news priorities reflected in the amount of attention the three networks devote to national and international trends and events exert a significant influence on how much of the U.S. citizenry sees the world. In other words, the nightly evening network news offers the closest thing we have to a collective national window on what is happening beyond our borders. Which is why it’s important.

Each year, Tyndall publishes a one-page summary of highlights, including the 20 stories to which the three networks devoted the most time in their coverage. The summary also notes more general findings. In 2015, for example, the three networks provided a combined total of 941 minutes to foreign policy coverage (not to be confused with coverage from overseas). Not only was that a mere 6.5% of total news coverage, it was slightly less than half of the annual average between 1988 and 2014. This could reflect the gravitational pull of the 2016 presidential campaign and/or the perception by network news gatekeepers that the public is increasingly uninterested in or fed up with foreign policy issues.

In any event, here are the top 20 and the combined number of minutes they received from the three networks. Together, they accounted for 3,422 minutes of the three networks’ coverage, or less than 25% of total evening news coverage.

Some of the top stories are obviously related to each other, although Tyndall is very careful about not double-counting stories. For example, Trump clearly factored heavily in the Republican presidential debates, but the minutes devoted to his contribution to that debate would not have been included in the category of the Trump campaign itself. The EU’s refugee crisis was obviously related to the wars in Syria and Iraq, not to mention IS.

Thus, among the 20 most-covered stories, the 2016 campaign garnered 571 minutes (Trump, Republican debate, Clinton). But terrorist acts or organizations claimed five of the top 20, at nearly 1,000 minutes (San Bernardino, the Islamic State, two Paris stories, the Boston Marathon trial), and that doesn’t count the civil wars in Syria and Iraq or the Charleston church massacre. Those, plus the Germanwings jet crash, alleged police brutality in Baltimore, the prison escape, and the huge refugee influx into Europe, make for a pretty scary world (not to mention the heavily fear-based Trump campaign itself or other fear-mongering Republicans).

Indeed, the only good news that featured in the top 20 last year was the Pope’s visit, the Iran nuclear agreement (albeit not for Bibi Netanyahu and his followers here), and deflated footballs if you care passionately about Tom Brady. Of course, as Tyndall suggests, by depicting such a frightening world, the networks are—presumably unconsciously—propagating a fundamentally far-right narrative that can only benefit Republicans during this year’s campaign.

A Closer Look at the Numbers

To help draw a more complete picture of the networks’ view of the world outside the United States, I asked Tyndall for the statistics on the top foreign stories of the year. They comprised 41 of the top 150 stories, including nine that appeared in the top 20 cited above. The results:

This is essentially the image that most Americans received from their most popular source of international news. Is it any wonder that so many foreigners are shocked by how little Americans know about their home countries or regions?

There’s obviously some good news in this list—including the normalization of relations with Cuba, the climate treaty in Paris, the International Space Station, the perennial British royals story (maybe that’s bad news, I don’t know), the US women’s victory in the World Cup. Again, this picture is pretty scary. But there are a few things worth noting (and I’m sure you will find many more):

Tyndall on the News

I asked Andrew Tyndall to comment on some of these observations, and here are some excerpts of our emailed interview:

Lobe: Did you see any greater effort on the part of the newscasters in 2015 to link the weather or weather-related disasters to global warming than in previous years?

Tyndall: I see no evidence of it. First, because gradual, secular weather events (the drought in California, El Nino in the Pacific) received less coverage than extreme, sudden weather events (winter storms, tornadoes, wildfires, flash floods). Second, because the Paris Summit on Climate Change was undercovered, since it coincided with the San Bernardino office party massacre, which eclipsed it.

Lobe: East Asia appears to have been almost entirely ignored in 2015, despite tensions between China and its neighbors in the South and East China Seas? Was this different than or consistent with coverage of the last few years when these territorial claims became more salient? What do you think are the implications of the lack of coverage?

Tyndall: Yes, the military tensions over marine territorial rights have barely been mentioned. The driving force to make such tensions newsworthy is usually not an editorial decision by news executives, but a political decision by an administration in power. In other words, the news tends to follow the Pentagon, reacting to its initiatives, rather than alerting the public, so that it can understand the issues at stake in advance of a debate over such initiatives.

Over the past 25-or-so years of my database, it is a rule of thumb that Republican administrations tend to be more bellicose in addressing overseas disputes, which leads to newscasts being more active in following them. In other words, we can expect coverage of the South China Seas to escalate if and when the US Navy is dispatched to confront the Chinese military in those waters. Lack of coverage, therefore, is a reassuring sign that we are not gearing up for a war with the People’s Republic.

Lobe: And what do you make of the absence of Africa coverage except for the lion?

Tyndall: Yes, given that terrorism and Islamist insurgencies are popular themes for the newscasts to cover, I would have expected more attention paid to Boko Haram and al-Shabaab. I have no problem with the attention paid to Cedric the lion and the Minnesota dentist [who killed him]. A perfect summer sensation.

Lobe: And Latin America except for Cuba?

Tyndall: With reference to Spanish-speaking Latin America, one of the unfortunate consequences of the success of Univision in providing news to Hispanic-Americans is that the Anglophone newscasts act as though their coverage would be duplicative. Thus, the end of the civil war in Colombia was hardly mentioned. The crisis of legitimacy and narco-corruption of the Mexican government only broke through onto English-speaking airwaves through the figure of El Chapo.

One of the advantages to the publicity and promotion around the Olympic Games is that resources and personnel are on site to cover non-sporting-related issues that would normally be ignored. I anticipate that the Zika virus will be the first of several stories to come out of Brazil this year, to coincide with the Rio Olympic Games.

Lobe: Yemen got only 32 minutes despite the fact that it’s in the most heavily covered foreign region, its depiction as a proxy war between Iran and Saudi Arabia, and the presence (and apparent expansion) there of al-Qaeda and IS? Any comment?

Tyndall: Logistically, Yemen is a very difficult country to cover. Its undercoverage belongs in the same category as Boko Haram and al-Shabaab. The rumblings of a possible third intifada on the West Bank also received surprisingly little airtime. I ascribe the lack of interest in covering the proxy Iran-Saudi war to two factors. First (as with the South China Sea) is the Pentagon’s lack of enthusiasm for getting involved. Second, the true anxieties associated with turmoil in the region are associated with symptoms (the spread of terrorism and refugees) not underlying causes (struggles for sectarian and regional hegemony). 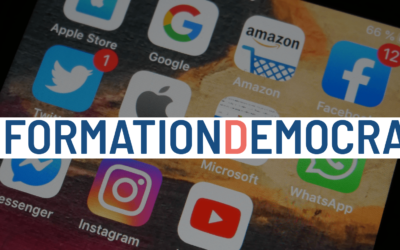