HAITI, DEVELOPMENT: Ignoring the plight of the poor in Haiti

Haitian human rights activists and victims of cholera rallied last month in front of the of the United Nations Stabilization Mission in Port-au-Prince.

As Haitianstake to the streets to protest the results of their recent presidential election, a quieter but more deadly battle continues throughout the country against the world’s largest cholera outbreak.

The toll is enormous, particularly for the poor. Although cholera is entirely preventable and completely treatable, five years after the disease appeared in Haiti for the first time in recorded history, 9,041 deaths have been registered, and more than 750,000 have been sickened in its grip. The real numbers are likely much higher.

By its nature, the disease is an inequitable attacker, a disease of poverty — it tends to strike hardest where access to toilets is limited or nonexistent, and where clean water is beyond financial reach. In the absence of public water systems, for many of Haiti’s poorest people, buying water purification tablets can only be done at the expense of buying food, or soap, or medicine, or school supplies. These are impossible choices. But unfortunately attention has waned to the point where progress has stalled, with devastating consequences. In 2014, more cases of cholera per population were registered in Haiti than in any other country reporting to the World Health Organization.

Those of us with incomes of more than one dollar a day are rarely affected by cholera, and the pharmaceutical industry sees little opportunity for profit in this market. Recent studies on the role of an oral cholera vaccine, Shanchol, have confirmed that it is safe, feasible, and effective in preventing cholera in Haiti (and in other countries), yet the vaccine’s manufacturer (Shantha Biotechnics, a Sanofi company) decreased production of the vaccine in 2015, instead of increasing it as they had promised to do. Epidemic cholera was eliminated from Europe and North America a century ago by investments in safe public water and sanitation systems, yet access to potable water has actually decreased in Haiti over the last 25 years, and only 19 percent of rural Haitians have access to basic sanitation. These collective failures have resulted in a protracted humanitarian crisis.

Colleagues in the Haitian government, nongovernmental organizations, and bilateral and multilateral agencies have the knowledge and the technical know-how to eliminate transmission of cholera in Haiti, and in doing so could save thousands of lives. However, they lack the funds and the vaccine needed to implement solutions. A 10-year plan to eliminate cholera from Haiti includes a call for major investments in water and sanitation, as well as in health care, hygiene education, and vaccination. Yet, the plan is still largely underfunded. The United Nations remains officially silent on the fact that members of its peacekeeping force inadvertently started the outbreak, and has not provided the kind of financial input toward solving the problem that is commensurate with the organization’s culpability.

The human and financial costs of this cholera outbreak are unacceptable. That cholera continues ravaging poor communities in Haiti and around the world is a shame on our society — one that we can and must do something about.

Louise C. Ivers is an infectious disease physician, senior health and policy advisor for Partners In Health and an associate professor at Harvard Medical School and Brigham and Women’s Hospital. Ivers served as clinical director for PIH in Haiti from 2008-2010 and chief of mission from 2010-2012. 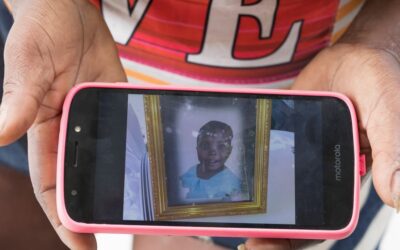 A wave of kidnappings is sweeping Haiti. But even in a country growing inured to horrific...

ON DEVELOPMENT | Who really benefits from child sponsorship?

These programs perpetuate a white savior mentality, are paternalistic, and commodify children....

ON DEVELOPMENT | The EU increases international aid by 60%

At a time of skyrocketing humanitarian needs, while other governments are slashing aid budgets,...