HAITI: Election – The Polls, Candidates, and Issues in the Presidential Election

With Haiti’s plethora of presidential candidates, polls show some aspirants rising to the top, though the frontrunner remains unclear. Two polls give different results of voters’ first choice among 54 candidates. The likeliest scenario? No candidate will get more than 50 percent of the vote on Election Day, October 25, and a runoff will take place December 27.

A cellphone poll by Florida-based Integrated Communications and Research gives governing-party candidate Jovenel Moïse a 7.7 percentage-point lead over second-place candidate Jude Célestin. Meanwhile, an in-person poll by the Research Office in Computer Science and Economic and Social Development (known locally as BRIDES) puts Célestin ahead of Moïse by 18.4 points. That said, the surveys do agree on the third-place candidate: Senator Moïse Jean-Charles.

Who Are the Top 5 Candidates?

This election marks a second run for president by Jude Célestin of the Alternative League for Progress and Haitian Emancipation party, or LAPEH. Célestin ran in 2011 under the Unity Party of then-President René Préval, but dropped out when the Organization of American States contested the first-round of voting results, which originally put Célestin ahead of Michel Martelly, who eventually became president. With a Swiss education in mechanical engineering, Célestin took a job in the government’s road construction agency in 1997, becoming director in 2006 under Préval. Célestin is running on a campaign platform to boost job creation and fight government corruption. He has also voiced support for harmonious relations with the Dominican Republic.

Jovenel Moïse is the presidential candidate representing the current ruling Haitian Tèt Kale Party, or PHTK. Moïse is promisingto further the Martelly administration’s efforts on education and tourism. As head of Agritrans, Haiti’s first agricultural free zone dedicated to exporting bananas, Moïse is also a proponent of creating jobs and increasing exports through the agricultural sector. “In terms of arable land, we have nothing to envy of other producers at the level of the Caribbean,” he said. This summer, Haiti’s Departmental Electoral Office of Litigation (BCED) consideredaccusations that Moïse used a portion of Agritrans funds to finance his electoral campaign, but ultimately approved his candidacy in June. The presidential bid is Moïse’s first political race.

Presidential candidate and former Senator Moïse Jean-Charles has long been one of the Martelly government’s most vocal critics. Hefirst entered the Senate in 2009 as a representative of the country’s North department, where he served on the Foreign Affairs, Natural Resources and Rural Development, Finance, and Agricultural committees. He also won three terms as Milot mayor from 1994 to 2004. Though Jean-Charles represents the Pitit Desalin party, he was a mayor under the banner of Fanmi Lavalas—the party of Haiti’s first democratically elected president, Jean-Bertrand Aristide.

His campaign platform focuses on accelerating Haiti’s low growth rate and combating extreme poverty by investing in agriculture. Meanwhile, he’ll change the way funds from Venezuela’s Petrocaribe are distributed so that they are used for infrastructure projects, science and technology education, and police officers. He has also repeatedly called for the withdrawal of the UN’s Stabilization Mission in Haiti. Like Jovenel Moïse, Jean-Charlesfaced scrutiny from the BCED into his campaign finances.

Maryse Narcisse of Fanmi Lavalas is the only female presidential candidate in the race to rank among the five most popular candidates. A human rights advocate and a medical doctor who helped open clinics across Haitian communities, Narcisse has experienced a fair dose of political turbulence in her life. After Aristide’s 2004 overthrow and exile in South Africa, Narcisse sought asylum in Miami. Both returned to Haiti in 2007 and Aristide named Narcisse the official party spokesperson. Later that year, a group of armed men kidnapped Narcisse and a fellow party member, allegedly for political reasons. She was released three days later. Today, her campaign platform focuses on rule of law, education, and increasing national production, especially through the strengthening of small and medium businesses. Narcisse served in public office as general director for the Health Ministry during Aristide’s second administration, and has worked for the Permanent Mission of Haiti to the UN. The doctor also worked for the United States Agency for International Development, a point on her résumé that at least one other candidate has used against her, given controversy over international aid in Haiti.

Lawyer Jean-Henry Céant of the Renmen Ayiti (“Love Haiti”) party ran for 2010 and registered as one of the leading candidates per some polls at the time, enjoying Fanmi Lavalas support as Aristide’s notary. His campaign focuses on four constituencies: the Haitian diaspora, farmers, women, and young people. At a rally at the University of Massachusetts Boston, Céant called for amending the country’s 1987 constitution to include the Haitians living outside the country in political matters.

What Are Voters’ Top Concerns?

Without a doubt, Haitians are the most concerned about the economic situation in their country. Economic growth slowed from 4.2 percent in 2013 to 2.7 percent in 2014, affected, in part, by a devastating drought that slashed agricultural production. Though Haiti reduced the share of its population living in extreme povertyfrom 31 percent in 2000 to 24 percent in 2012, it remains the poorest country in the Western Hemisphere. In 2011, the unemployment rate hit 40.6 percent, and stands at about 50 percent in urban areas,according to the UN’s World Food Program.

While health and water access are not such prominent voter issues, they nonetheless present challenges. A 2010 cholera outbreak, which killed 8,592 people and infected more than 700,000 through August 2014, continues to affect Haitians. Less than 50 percent of households have access to clean water. Haiti is also still recovering from a devastating 2010 earthquake, with damages amounting to some $8 billion in a country with a GDP of $8.7 billion and nearly 80,000 Haitians still living in tent cities five years later. 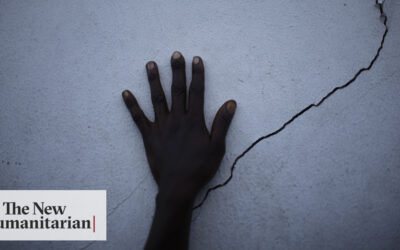 Haitians have endured decades of psychological trauma with little to no mental healthcare. Now,...

ON HAITI | Want to know about COVID-19 in Haiti? Ask a nurse

Frontline caregivers have few ways to share their on-the-ground information about the pandemic... 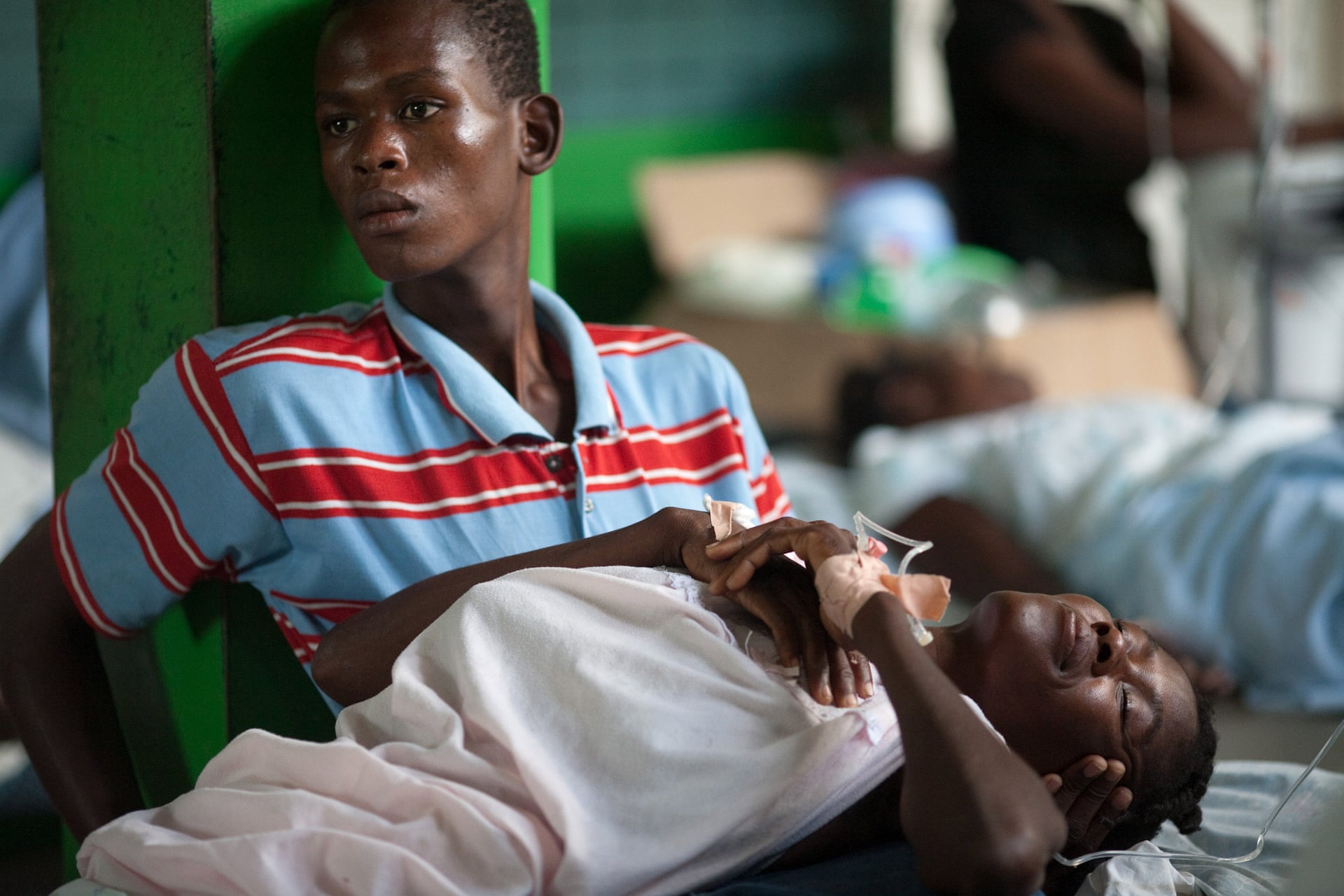 ON HAITI, ON DEVELOPMENT | How Haiti curbed cholera-vital lessons in dealing with a public health crisis

Haiti’s remarkable recovery from a cholera outbreak that pushed it to the brink offers vital...