On the Media: Muslim Women In South Thailand Empowered To Develop Their Own Citizen News Reports 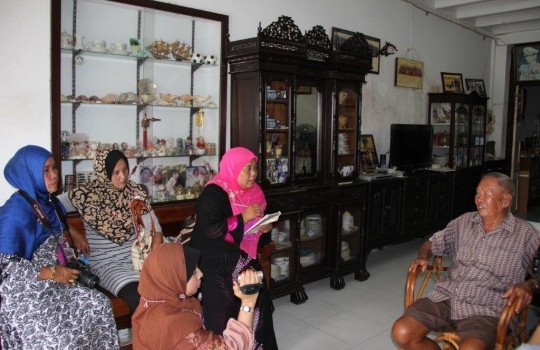 Songkhla, Thailand – Thirty-four Muslim women from Southern Thailand, used their new found skills in broadcasting journalism to direct and edit their own news reports on issues pertinent to their lives. The women’s first-ever citizen news reports were developed over a three-day media communications training held in Songkhla province, in collaboration with Thai Public Broadcasting Service (Thai PBS), Ministry of Social Development and Human Security, and supported by UNDP in Thailand.

The Muslim women aged between 30 and 60 years old attended the training organised by Thai PBS, to give citizens especially those who are marginalised, the opportunity to have their voices heard and to share their ideas and viewpoints about their communities.

Understanding the basics of broadcast journalism

The women, who are members of the Association of Muslim Women in Songkhla and Yala provinces, worked with a team of four from Thai PBS’ Civic Media Network Department to learn the basics of broadcasting journalism. With an agenda packed with theoretical and practical sessions, they learnt how to write their own scripts, take their own pictures and present their stories in styles and dialects most comfortable to them. Using video cameras and editing equipment supplied by Thai PBS, the women learnt about directing, story-telling, teamwork and how to think creatively about issues. Working in small groups of four, the participants ventured out into a number of communities in Songkhla province and met with residents. The women then set about interviewing a variety of people, with an aim to produce their own stories that covered everything from the environment, cultural issues and problems in the communities.

“What I learnt from the media communications training, is that reporting is not about assuming; it’s about investigating the facts,” said Umaporn Sahimsa, a participant from Songkhla province. “The more I learnt, the more I became interested in all aspects of the training – I thoroughly enjoyed it. I think the training is very important, although I’m old, it will benefit my community [Thepha District] because it has become a historical area for tourism and I would like to produce a short film about it,” she added.

Nareerat Samoh, who also produced a citizen news report, said it was the first time she had ever encountered this type of practical training. “We learnt about the importance of good communications because if you don’t communicate effectively, it can have negative connotations. Good communication helps to build mutual understanding among the people,” said Nareerat enthusiastically. “I will apply what I’ve learnt in the training to raise awareness about the development activities taking place in my community and to highlight the issues of concern,’ she said.

Overseeing the training, UNDP Thailand consultant, Walaitat Worakul described the Muslim women as ‘enthusiastic with an unwavering willingness to learn’. “The communication training was designed, not only to teach media production techniques, but to also empower the Muslim women to communicate the issues they saw in the communities through a ‘civic journalist lens’.  The eight short documentaries produced by the women reflected the issues in the communities from eight different angles. Yet, all of them are equally important. The skills and the confidence they have gained will be invaluable and stand them in good stead in the future,” said Ms. Worakul.

Thai PBS Manager, Acharawadee Buaklee, who manages the civic media network department and organised the training said, “Citizen journalists play an important role in news gathering and news reporting at Thai PBS. Citizen journalism is an effective way to empower local communities. It provides them with space they cannot find in other mainstream media. Through citizen news reports, ordinary citizens hold local authorities accountable and air grievances on issues that were previously ignored. Several of their reports have been picked up by mainstream media and become national issues. At the end of this training, the women have produced high quality citizen news reports that we will definitely be airing,” said Acharawadee.

Reflecting on the success of the training, UN Resident Coordinator and UNDP Resident Representative Luc Stevens said, “The training has been a great exercise in empowering Muslim women to have their voices heard. They have created informative documentaries about a variety of issues in local communities for all to see. It was also great to see such excellent cooperation between UNDP Thailand, Ministry of Social Development and Human Security, and Thai PBS in making this happen.”

Thai PBS conducts training and workshops for citizens in various regions of Thailand to train them on the basics of broadcasting journalism, in collaboration with both local and international organizations. Thai PBS provides a three-minute daily time slot at the end of the evening news cast for the Citizen News Reports, where the reports produced by the members of the Association of Muslim Women of Songkhla and Yala provinces will be aired.

This citizen news report was produced by a group of participants who were involved in the media communications training. This video was on aired on Thai PBS on 11 November 2014, and tells the story about the Kao-Seng community and their efforts to prevent coastal erosion in taking place in Songkhla province. 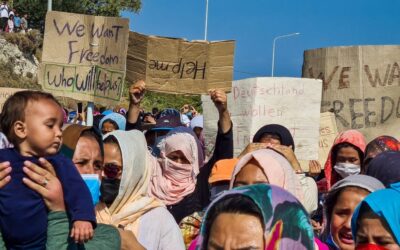