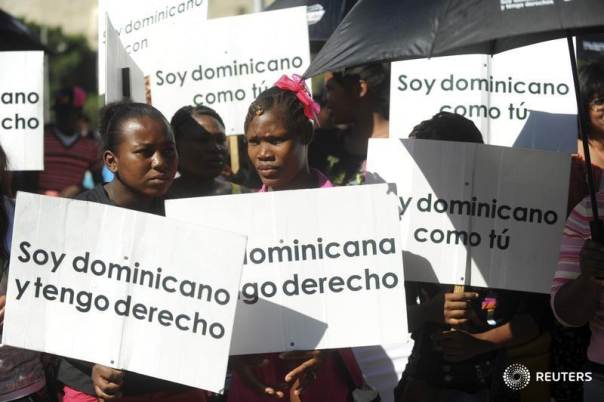 Hundreds of Dominicans of Haitian origin protest to reclaim their right to their Dominican nationality and to denounce their situation after a 2013 verdict by the Constitutional Tribunal outside the National Congress in Santo Domingo, March 12, 2014. REUTERS/Ricardo Rojas

BOGOTA, Feb 1 (Thomson Reuters Foundation) – Tens of thousands of Dominican-born people of Haitian descent are stateless and at risk of being deported if they fail to meet a Sunday deadline to register for residency in the Dominican Republic, Amnesty has warned.

For decades the Dominican Republic recognised the children of Haitian migrants born in the country as Dominican citizens irrespective of the migration status of their parents.

But a 2013 court ruling, along with previous changes to nationality laws, have denied children of Haitian migrants their birth certificates, identity documents, and stripped them of their nationality, Amnesty and the United Nations say.

This means up to 200,000 people are in legal limbo and stateless – not recognised as a citizen by any country – and denied the basic rights most people take for granted.

In recent weeks, long queues of stateless people, the vast majority of Haitian descent, have formed at immigration offices in the capital Santo Domingo waiting to apply for residency permits before the Feb. 1 deadline.

“At the stroke of midnight the hopes of tens of thousands of vulnerable people will be scuppered as this deadline expires. This could leave thousands at risk of possible expulsion from the country,” Erika Guevara, Americas director at Amnesty International, said in a statement.

“Even if these people are able to stay in the Dominican Republic after the deadline expires, their futures are woefully uncertain.”

The Dominican government has said changes to the nationality laws aim to tackle illegal migration from neighouring Haiti.

Since the late 1890s, hundreds of thousands of Haitians have crossed into the more prosperous Dominican Republic to escape political violence or seek a better life.

Many ended up working on low pay as sugar cane cutters, settling in impoverished, isolated communities known as bateyes.

Under pressure from the United Nations and the Inter-American Court of Human Rights, the Dominican government introduced a further law in May 2014 to allow people born to undocumented foreign parents to apply for residence permits – a first step to citizenship.

Amnesty said interior ministry figures showed less than 5 percent of an estimated 110,000 people entitled to do so have applied for residency.

Rights groups have criticised the government over a lack of awareness raising campaigns about the new law and delays in setting up offices to process citizenship claims.

The government did not immediately respond to phone calls, but in a newspaper interview the country’s chief immigration officer Jose Ricardo Taveras defended the government’s efforts to resolve the legal limbo facing undocumented people.

The El Caribe news site quoted him as saying that more than 20 offices had been set up to deal with claims and the government had launched a big publicity drive.

Juan Alberto Antuan, a young man of Haitian descent born in the Dominican Republic, is among those still awaiting identity documents.

“We are extremely worried because the authorities continue to deny the existence of statelessness, but it’s our reality,” Antuan told Amnesty. “Discrimination exists in this country, I can’t work and I can’t access vital services.”

Thousands of mostly Haitian asylum seekers have gathered under the bridge that connects Del Rio in Texas and Mexico’s Ciudad Acuña, creating a makeshift camp with few basic services in intense heat. More than 50 Democratic lawmakers urged the Biden administration to halt deportations to Haiti. 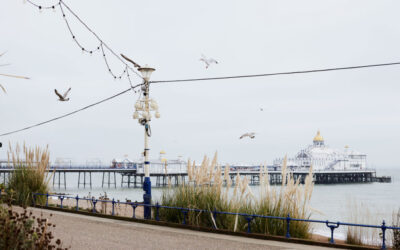 ON MIGRATION | Here to Stay: How two faded seaside destinations have taken to refugee resettlement

"...there was also the sense that [Syrians] with professional backgrounds and business acumen...

ON MIGRATION | 44 percent of US Fortune 500 companies were founded by immigrants or their children.