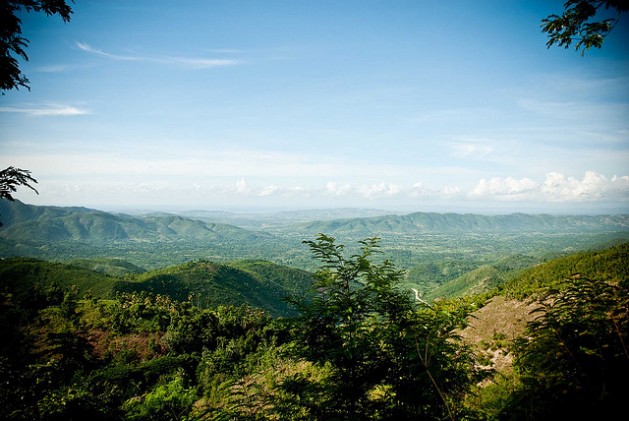 The road to Baradares in north central Haiti. The aim of the new draft mining law appears to be a massive expansion of Haiti’s mining sector. Credit: Lee Cohen/cc by 2.0

WASHINGTON, Jan 13 2015 (IPS) – With Haiti’s Parliament having dissolved on Tuesday, civil society groups are worried that the Haitian president may move to unilaterally put in place a contentious revision to the country’s decades-old mining law.

Starting in 2013, that draft was written with technical assistance from the World Bank. Last week, a half-dozen Haitian groups filed a formal appeal with the bank’s complaints office, expressing concern that the legislation had been crafted without the public consultation often required under the Washington-based development funder’s own policies.

The aim of the new draft mining law appears to be a massive expansion of Haiti’s mining sector, paving the way for the entry of foreign companies already interested in the country’s significant gold and other deposits.

“Community leaders … are encouraging communities to think critically about ‘development’, and to not simply accept projects defined by outsiders,” Ellie Happel, an attorney in Port-au-Prince who has been involved in the complaint, told IPS.

“These projects often fail. And, in the case with gold mining, residents learn that these projects may threaten their very way of life.”

Haiti’s extractives permitting process is currently extensive and bureaucratic. Yet the new revisions would bypass parliamentary oversight altogether, halting even a requirement that agreement terms be made public, according to a draft leaked in July.

Critics worry that this streamlining, coupled with the Haitian government’s weakness in ensuring oversight, could result in social and environmental problems, particularly damaging to a largely agrarian economy. Further, there is question as to whether exploitation of this lucrative minerals wealth would benefit the country’s vast impoverished population.

“The World Bank’s involvement in developing the Draft Mining Law lends the law credibility, which is likely to encourage investment in the Haitian mining sector,” the complaint, filed with the bank’s Inspection Panel on Wednesday, states.

“[T]his increased investment in the mining sector will result in … contamination of vital waterways, impacts on the agriculture sector, and involuntary displacement of communities. Complainants are also concerned about the exclusion of Haitian people from the law reform process, particularly when contrasted with the reported regular participation of the private sector in drafting the new law.”

The complaint comes five years after a devastating earthquake struck Haiti, and as political instability is threatening reconstruction and development progress made in that catastrophe’s aftermath. Elections have been repeatedly put off for more than two years, and by Tuesday so many members of Parliament are slated to have finished their terms that the body would lack a quorum.

On Sunday Haitian President Michel Martelly indicated that a deal might be near. But the leftist opposition was reportedly not part of this agreement, and has repeatedly warned that the president is planning to rule by decree.

The Inspection Panel complaint, filed by six civil society groups operating under the umbrella Kolektif Jistis Min (the Justice in Mining Collective), contextualises its concerns against this backdrop of instability. “[T]he Haitian government may be poised to adopt the Draft Mining Law by decree, outside the democratic process,” it states.

Even if the political crisis is dealt with soon, concerns with the legislation’s drafting process will remain.

The Justice in Mining Collective, which represents around 50,000 Haitians, drew up the complaint after the draft mining law was leaked in July. No formal copy of the legislation has been made public, nor has the French-language draft law been translated into Haitian Creole, the most commonly spoken language.

“The process has been very opaque, with a small group of experts from the World Bank and Haitian government officials drafting this law,” Sarah Singh, the director of strategic support with Accountability Counsel, a legal advocacy group that consulted on the complaint and is representing some Haitian communities, told IPS.

“They’ve had two meetings that, to my knowledge, were invite-only and held in French, at which the majority of attendees were private investors and some big NGOs. Yet the bank’s response to complaints of this lack of consultation has been to say this is the government’s responsibility.”

The Justice in Mining Collective is suggesting that this lack of consultation runs counter to social and environmental guidelines that undergird all World Bank investments. These policies would also call for a broad environmental assessment across the sector, something local civil society is now demanding – to be followed by a major public debate around the assessment’s findings and the potential role large-scale mining could play in Haiti’s development.

Yet the World Bank is not actually investing in the Haitian mining sector, and it is not clear that the institution’s technical assistance is required to conform to the safeguards policies. In a November letter, the bank noted that its engagement on the Haitian mining law has been confined to sharing international best practices.

Yet Singh says she and others believe the safeguards do still apply, particularly given the scope of the new legislation’s impact.

“This will change the entire legal regime,” she says. “The idea that bank could do that and not have the safeguards apply seems hugely problematic.”

A World Bank spokesperson did confirm to IPS that the Inspection Panel has received the Haitian complaint. If the panel registers the request, she said, the bank’s management would have around a month to submit a response, following which the bank’s board would decide whether the complaint should be investigated.

Certainly sensitivities around the Haitian extractives sector have increased in recent years.

Minerals prospecting in Haiti has expanded significantly over the past half-decade, though no company has yet moved beyond exploration. In 2012, when the government approved its first full mining permit in years, the Parliament balked, issuing a non-binding moratorium on all extraction until a sector-wide assessment could take place.

Meanwhile, Haitians have been looking across the border at some of the mining-related problems experienced in the Dominican Republic, including water pollution. Civil society groups have also been reaching out to other countries in the Global South, trying to understand the experiences of other communities around large-scale extractives operations.

Current views are also being informed by decades of historical experience in Haiti, as well. Since the country’s independence in the early 19th century, several foreign companies have engaged many years of gold mining.

That was a “negative, even catastrophic, experience,” according to a statement from the Justice in Mining Collective released following the leak of the draft mining law in July.

“Mining exploitation has never contributed to the development of Haiti. To the contrary, the history of gold exploitation is one marked by blood and suffering since the beginning,” the statement warned.

“When we consider the importance of and the potential consequences of mineral exploitation, we note this change in the law as a sort of scandal that may facilitate further looting, without even the people aware of the consequences.”

The writer can be reached at cbiron@ips.org

Thousands of mostly Haitian asylum seekers have gathered under the bridge that connects Del Rio in Texas and Mexico’s Ciudad Acuña, creating a makeshift camp with few basic services in intense heat. More than 50 Democratic lawmakers urged the Biden administration to halt deportations to Haiti. 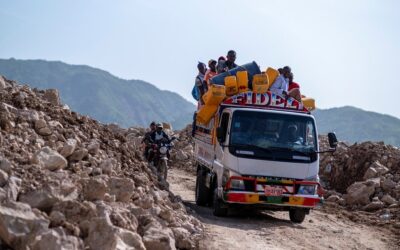 Even before the quake, millions of Haitians needed urgent food aid, while the south was still rebuilding from a devastating 2016 hurricane. 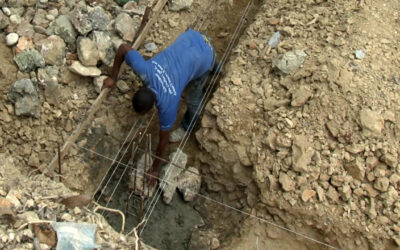