Chelsea City Manager Jay Ash has led a city of immigrants for 14 years. And when controversy erupted, community leaders say Ash did not flinch.

He cleared permits for immigrants-rights marches, and greeted the demonstrators when they paraded past City Hall. He stood by the City Council when it declared Chelsea a sanctuary city for immigrants. And he welcomed immigrant children to the city during a national crisis last summer when some mayors sought to turn them away.

But this week, the towering Democrat raised eyebrows by agreeing to serve as secretary of housing and economic development for Governor-elect Charlie Baker, a Republican who opposes illegal immigration. 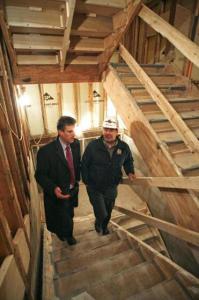 City Manager Jay Ash (left), a Democrat, has been viewed as championing immigrants’ rights in Chelsea.

“I don’t get it,” said Gladys Vega, the executive director of the Chelsea Collaborative, a nonprofit that advocates for immigrants, who berated Baker for his immigration policies at a campaign stop in August. “It was like, wow.”

Ash, 53, the son of a single mother, grew up in Chelsea’s subsidized housing and is Baker’s first Cabinet pick. To some, Ash’s appointment was seen as an overture to the Democrats after Baker’s narrow victory Nov. 4.

But Ash’s selection is also a curiosity in a city with the highest proportion of immigrants in Massachusetts, nearly 45 percent, triple the state average. The vast majority are not US citizens, but a mix of immigrants from Somalia, Guatemala, El Salvador, and elsewhere, some here legally and others illegally.

Baker opposed driver’s licenses for illegal immigrants and backed the federal Secure Communities program to detect criminals here illegally, even as the mayors of Boston and Somerville curtailed it in their cities, saying it was also ensnaring immigrants stopped for minor traffic violations.

Baker also favors barring illegal immigrants from state public housing, in keeping with federal law, and has pointed out that a ban would not apply retroactively, so people would not be evicted. The plan has won support in the Democrat-led state Legislature, but advocates for immigrants successfully lobbied to eliminate the restrictions.

Ash declined to comment on Baker’s immigration policies when reached by phone Wednesday, but called the Cabinet post “a great opportunity.”

“I’m looking forward to serving with the governor,” Ash said. “I’m sure that the governor will do great things for the Commonwealth.”

Baker spokesman Tim Buckley said Ash and Baker did not discuss specific policy before the appointment but that Ash would carry out Baker’s initiatives, including on housing policy and immigration.

“There are no litmus tests when it comes to finding great people to join Governor-elect Baker and Jay is eager to follow through on all of Baker’s initiatives including the alignment of housing policy with federal standards,” Buckley said.

Supporters say Baker has shown flexibility on immigration issues, and was willing to welcome immigrant children to Massachusetts last summer. He has also pledged to continue in-state tuition for immigrant children with temporary legal residency since 2012, known as Dreamers.

“I just think Jay will approach things with respect and dignity for all human beings and a realistic world view,” said Molly Baldwin, chief executive and founder of Roca, a nonprofit in Chelsea that works with high risk youth and young adults. “If we can have a lot more of that in government that’s a good thing.”

“You won’t find a bigger advocate” for affordable housing, Avellaneda said. “You’ve got to look at the position he’s appointed to. That’s right up his alley.”

Vega, head of the Chelsea Collaborative, remained skeptical. She felt it was inappropriate of Ash to join Baker in a campaign stop in Chelsea last August, a city that has championed immigrant rights.

“I think that he should have said no,” Vega said of Ash’s decision to work for Baker. “The only thing that gives me hope is that his heart [Ash] was very loyal to immigrants.”

The same month Ash welcomed Baker in Chelsea, he also welcomed immigrant children who arrived in the country this summer, while the Lynn mayor criticized the surge of children for straining budgets for health care and schools.

“When the mayor of Lynn was saying no, Jay was saying yes,” Vega said, and added, “He said the City of Chelsea’s open for anyone who wants to come. We don’t care about your immigration status.”

Shelters are filling up fast as asylum seekers and migrants arriving at the border compete for...

ON MIGRATION | Clash of Cultures – Is it Real or a Smokescreen?

The notion of Clash of Cultures is most frequently used as a justification for anti-immigrant... 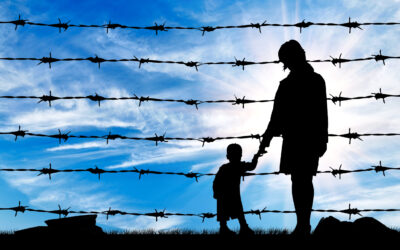 ON MIGRATION | Quantifying the Impact of the Trump Administration on Immigration

Trump's impact on immigration shows a huge and increased desire to naturalize, but increasing...