Afghanistan: Life in Kabul – Will Afghan women finally stop being seen as a freak show?

Original article found on: The Telegraph 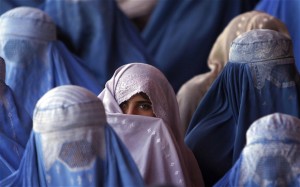 This is one of my clearest memories of life in Kabul.

The year was 2007, I had just arrived in the city and spring had come early. The sun shone and women swam in the cold water.

Men and women wearing bikinis lounged by the poolside, swam in the cold water and drank Martinis, inside the large compound that welcomed foreigners, but banned Afghans.

But just outside, past the secured parameter, women enveloped in blue burqas gingerly navigated rocky and unpaved roads, bound by harsh centuries’ old traditions where even looking at a man could result in death.

The contrast couldn’t have been any starker. It’s just one example of the jarring realities of life inside the ‘Kabubble’.

I’d travelled to Afghanistan to uncover life in one of the most turbulent corners of the world. In the four years I was there, I visited air bases and brothels, saw friends kidnapped and witnessed suicide bombings. I interviewed people in all the different corners of this mysterious place, from gunrunners to warlords, fashionistas to powerbrokers.

And, as a passionate advocate for women’s rights, I wanted to gain an understanding of how women lived and functioned here.

Back then even Hamid Karzai’s wife, Zeenat, a gynaecologist, was rarely seen outside the presidential palace.

But, fast forward to this September, when the new Afghan leader, Dr Ashraf Ghani, praised his wife, Rula, in public – where she sat prominently beside him. The new First Lady intends to be an advocate for women’s rights during her husband’s term. To many, it looks like the long awaited new dawn. 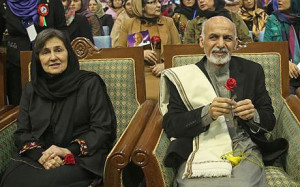 Women’s rights in Afghanistan have long been contested ground.

In the Twenties, King Amanullah planned for the emancipation of women – something that was considered so radical it ultimately led to his abdication. Educating girls formed part of the original Nato-Isaf mandate when forces entered the country in 2001. And women’s rights were later enshrined in the new Constitution – but they remain as fragile as the political situation. Insecurity in several provinces has already forced girls to abandon their education.

Just a few days ago, the UK ended 13 years of combat operations in Afghanistan and the last troops left Camp Bastion.

In a conservative country, where many still oppose women having any role outside the house, progress is dependent on international financial aid.

This is already drying up. Women fear losing the small gains they have made (although it was urban middle-class women, rather than poorer families in rural areas, who benefitted).
No wonder many are hoping that Rula Ghani’s entrance into the public sphere will lead to change, and a higher status for women.

But there is no magic wand. Afghanistan has the dubious distinction of coming top of countries voted worst in which to be a woman. Domestic violence is endemic, and the majority of women are illiterate.
That is what drew a huge number of people, like me, to venture to Afghanistan: a desire to help such women.

Over the last decade, gender development programmes have mushroomed: women have been employed in NGOs; received scholarships; worked as cleaners, worked as administrators; taken part in a variety of small projects in the home, or in workshops – bringing in extra cash and small moments of independence. 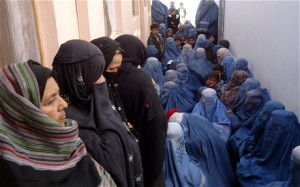 But there is also a sense, sometimes, that our view of Afghan women is a bit like a modern day version of the circus freak show.

In the northern part of the country, I once interviewed a very old woman who had one tooth and long grey plaits that poked out from her headscarf and hung down her back.

The fierce Afghan sun and a long hard life had weathered her skin. We spoke through a translator. She had been a beneficiary of a small project that improved the quality of the fruit and vegetables she grew in her garden and sold at market.

It was low-tech stuff – just some kit to keep insects from eating the produce. Of course, I remember her smile when she talked about the impact this had made on her life. But what I really remember is her words when she told me how she’d learnt that women could work outside the house and had value.

So, was Britain’s endeavour worth it for women? Yes and no.

We built a false economy, inadvertently made many corrupt people rich, and made many promises we couldn’t keep – not least changing the lives of women.

The narrative on Afghanistan is changing here – as is the collective feeling about involvement in far off places we really know nothing about.

“There is a frantic scrabbling for some kind of legacy of success amongst the senior British military,” says Frank Ledwidge, author of Losing Small Wars – about military failure in Iraq and Afghanistan.
“They realise that their spinning and lying is going to catch up with them. The line now is ‘Helmand may be a mess, but at least the rest of the country has not descended into total chaos’. 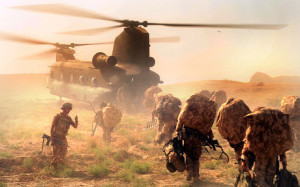 The place that I called home for more than a year is fast disappearing.

Against a backdrop was war, the fabulous Kabubble offered a great network of fascinating people, crazy parties, bizarre occurrences and Afghan hospitality. It was a country at the crossroads of history. My book, Dispatches from the Kabul Café, chronicles this era from the perspective of an expat (me). This was a unique moment in time; where restaurants, five-star hotels, bursts of artistic creativity and hope flourished side-by-side with death and a pervading sense of imminent doom.

That has already started to fade. Friends and colleagues have left, including myself, moving on. Others were murdered by the Taliban. But I think we all treasured our time there.

Afghanistan takes hold of the soul.

Journalists are programmed to be cynical, often for good reason. There was so much hope in the beginning but Afghanistan has proved a tough country to change, despite its many wonderful young and educated people who are working for a better future – especially for women.

Can Mrs Ghani help? That remains to be seen.

Original article found on: The Telegraph