Afghanistan, Development: The West Made Lots of Promises to Afghan Girls, Now It’s Breaking Them

One reason given for the 2001 invasion of Afghanistan was to educate girls. But as the Western military shrinks there, so does the funding for those schools. 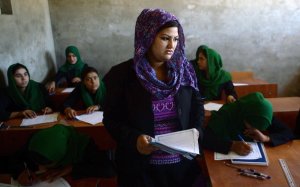 KABUL, Afghanistan — The girls of Afghanistan have been betrayed. When Taliban rule ended almost 13 years ago, international donors rushed in to promise that young women would no longer be denied an education. Western governments spent a decade patting themselves on the back for what they touted as exceptional work supporting schools for the beleaguered girls of Afghanistan. They talked about bringing women out of purdah, literally as well as figuratively, so they could help their families and their country to prosper.

But the closing of one school after another exposes the hollowness of those promises. In fact, the state of education in Afghanistan is still so shaky that only about half of Afghan girls manage to go to school, and those numbers are set to decline.

In the volatile southern province of Kandahar, for instance, an innovative school for teenage girls will soon close its doors. The Kandahar Institute for Modern Studies, established in 2006 with funding and encouragement from the Canadian government, has run out of donors. And it is only one of a number of Afghan schools to face the budget axe swung by distant governments and cost-cutting politicians.

Other schools have been shuttered because of attacks and threats stemming from the war that continues to engulf the country. In July, girls’ schools closed in one entire district, depriving 40,000 girls of education.

The website of the U.S. development agency proudly proclaims, “In 2013, one million Afghan learners are enrolled in schools with USAID assistance, and over 5 million primary grade students benefitted from USAID assistance.” But in January 2014, the U.S. Congress cut the U.S. government’s allocation of development aid for Afghanistan by half.

Then there’s the United Kingdom. “We agree that expanded access to good quality secondary education that produces skills for employment is essential for Afghanistan’s future prosperity,” the British government wrote in 2013. Yet in a 2012 report the U.K. government had already decided that it had “built too much” in terms of schools and health clinics in Afghanistan and that only “critical” facilities would remain open.

“The fight against terrorism is also a fight for the rights and dignity of women,” said Laura Bush, wife of then-U.S. President George W. Bush.
Getting Afghan girls into school wasn’t just a benign-but-unintended by-product of the international military intervention in Afghanistan. Soon after the September 11, 2001, attacks on the U.S. and the invasion of Afghanistan, world leaders explicitly cited the extreme oppression suffered by women and girls under the Taliban as a justification for the operation.

“The fight against terrorism is also a fight for the rights and dignity of women,” said Laura Bush, wife of then-U.S. President George W. Bush, in November 2001, giving the weekly presidential radio address in place of her husband.

“The women of Afghanistan still have a spirit that belies their unfair, downtrodden image,” said Cherie Blair, wife of then-U.K. Prime Minister Tony Blair, also in November 2001. “We need to help them free that spirit and give them their voice back, so they can create the better Afghanistan we all want to see.”

But today, as crises in Iraq, Syria, Ukraine, Central African Republic, South Sudan, and West Africa compete for attention, Afghanistan is not even yesterday’s news—it’s last year’s news. Journalists are leaving Kabul, embassies are downsizing, and donors are quietly and drastically scaling back.

“How’s it going?” I asked a friend who runs aid programs at the U.S. embassy in Kabul not long ago.

Military disengagement from Afghanistan is advancing; the newly signed Bilateral Security Agreement with the U.S. and Status of Forces Agreement with NATO pave the way for a continued, but very limited, international military involvement in Afghanistan.

Donor involvement is more important than ever, however. President Hamid Karzai handed over to Afghanistan’s new president, Ashraf Ghani, not just the reins of power but also a badly overdrawn checking account. Ghani’s government has been forced to seek a $537 million bailout from donors just to continue paying civil servant salaries. There are hopes that this new government, fronted by Ghani, a technocrat who was formerly Afghanistan’s finance minister and spent several decades with the World Bank, will bring much-needed fiscal stability to the Afghan economy. But that won’t happen tomorrow.

Afghanistan will have to pay for its own schools one day, and one hopes it is moving in that direction. But it can’t possibly do so right now. The ones who will pay first and worst are the country’s girls as they slide back toward the devastation of illiteracy.

A November donor conference in London will bring together all of Afghanistan’s donors to take stock of commitments made at the 2012 Tokyo Conference and to craft a new partnership going forward. Donors should come to the conference mindful not just of commitments they have made to the Afghan government, but also the solemn pledges they first made to support Afghan women and girls in 2001, and have made over and over since then.

Earlier this month, after the Nobel Peace Prize was awarded to two children’s rights activists, Malala Yousafzai and Kailash Satyarthi, Canadian Prime Minister Stephen Harper announced that Yousafzai, a 17-year old from Pakistan, would be travelling to Canada to accept honorary Canadian citizenship, an honor only five others, including Nelson Mandela and the Dalai Lama, have ever received. U.S. President Barack Obama was quick to congratulate the Nobel winners as well, saying, “As we celebrate their achievements, we must recommit ourselves to the world that they seek—one in which our daughters have the right and opportunity to get an education; and in which all children are treated equally.”

That’s what Afghan girls want. And that’s what the countries that marched into Afghanistan 13 years ago promised them. This is no time to break that promise. 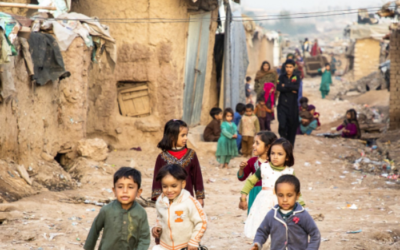