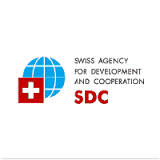 The Swiss Development Cooperation (SDC) in Haiti has made a grant of $42,000 toward our Haitian Perspectives in Film project! The support of our project is part of the SDC’s newest focus on media development and communications as an integral part of Haitian economic and social development.

We are their first project as part of this new initiative to strengthen the use of communications and media to facilitate effective development.

This funding, in addition to your generous individual donations, will allow us to conduct the training in Haiti this fall which will produce a collection of Haitian films to be released in advance of the 5th anniversary of the Haitian earthquake in January 2015. The trainee’s films will serve to hold international and local governments and organizations accountable for effective aid and good governance.

We are still in need of funds to support the public engagement campaign in January 2015 which will use the films to inject Haitian views into the international dialogue about Haiti! Please donate if you can.