Check Out Michael Sheridan on TEDx! – Why Local Perspectives are Necessary for a Balanced Information Diet

“We all have to demand an improvement in our news diet. A balanced diet that’s less self-centric, that includes more local perspectives, will really help us be better informed, and therefore, more effective citizens.”

On April 13, Michael Sheridan, an alumnus of Connecticut College, spoke at TEDxConnecticutCollege about Community Supported Film’s experience bringing local perspectives from Afghanistan to the U.S. through documentary filmmaking. Michael’s talk, entitled “Transforming News and Views through Local Perspectives,” compares U.S. mainstream media coverage of Afghanistan with local Afghan stories to show the unbalanced state of the Western news diet. By highlighting this imbalance, Michael demonstrates a need for both perspectives in order to create sustainable solutions for ourselves and for Afghans. Watch Michael’s TEDx talk here and/or read the highlights below:

It becomes clear that news stories have the capacity to both help and harm people once you ask who is telling the story, why they are telling it, and how it influences the general public. In the case of mainstream media coverage of Afghanistan, which focuses on “war-centric” stories and stories that are most relatable to Americans, the Afghan perspective is lost, subsequently harming the Afghan people.

In his talk, Michael compares photos and videos from The New York Times and Frontline with videos produced through Community Supported Film’s trainings in Afghanistan to show the way in which the mainstream media’s perception of Afghan issues does not accurately reflect the daily problems that the Afghan people are facing. Instead of focusing on warfare and violence, the locally produced videos emphasize issues with water, illiteracy, and drug addiction. Michael states that more Afghans are killed by water issues than insurgents and that 87% of Afghans believe that men and women should have equal access to education. Those are shocking statistics for those who only see Afghans in Western media portrayed as violent and discriminatory towards women. 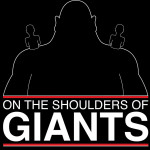 “American reporters…and the American news industry [in general] are telling the story of our news in Afghanistan and not necessarily the news from Afghanistan.”

Through his TEDx talk, Michael Sheridan proves that telling the news from Afghanistan can only be accomplished through a balanced information diet of both mainstream and local perspectives, thereby highlighting the importance of the Community Supported Film mission.

TEDx events are locally organized gatherings held in the same format as the well-known TED talks. These events bring leading thinkers and doers together to share what they are most passionate about.

The theme of this year’s Connecticut College TEDx event was “On the Shoulders of Giants,” which highlighted the power of collaboration and the insights gained from a historical perspective.