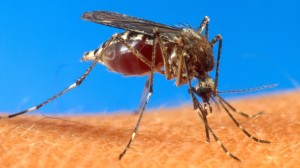 The Aedes mosquito infected me with the Chikungunya virus during my visit to Haiti in May. I arrived the week it became an epidemic and it managed to get me despite dousing myself with DEET day and night. Two and a half months later, I am still hobbling around with joint pain. But let’s put my pain in perspective…

In Haiti it is estimated that at least 150,000 people have been affected since the first cases were identified in April. The virus has been moving across the Caribbean since 2013. This viral infection causes a high fever, rash, and headache that typically last a week. It is most notorious for its joint and muscle pain, that may last for months or years, and strikes the hands and feet with particular vengeance. In fact the word “Chikungunya” means twisted or bent over in the local Tanzanian language where the illness originated in the 1950s. There is no treatment for the infection.

The best help is painkillers, regular ol’ 600-800mg of Ibuprofen twice a day provides a great deal of relief during the fever, and some relief for the ongoing joint pain. I’ve gone through bottles of it. In Haiti when the outbreak started there was little pain medication available and none at a price affordable to the vast number of rural poor in need.

By the end of May, when the illness became epidemic, the Haitian government said they had 400,000 doses of pain medication for free which would be made available to rural health clinics. That amount would treat about 7,000 patients for 30 days, far less than needed for the 150,000 cases. I cannot imagine dealing with Chikungunya without medication, or having to cope with it in the extremely cramped, hot and humid conditions that typify most Haitian living conditions.

I also don’t have to deal with it without good shoes. For many, the lingering pain is most severe in the feet, ankles, wrists and hands. I hobble the worst when not wearing shoes and avoid curbs and sills as any lumps accentuate the pain. Try and imagine dealing with that pain in flip-flops – the world’s most ubiquitous footwear – and while trying to till a field or do any other kind of physical labor. All of this is to remind us how good most of us have it if we weren’t born Haitian. Haiti is at the bottom of the World Bank’s rankings of health indicators due to its poor sanitation systems, nutrition, and health services. Only 43 percent of the population receives recommended immunizations and most rural areas have no access to health care.

Because Haiti is near the bottom of most economic and social development indicators, we will work with Haitians to explore these painful realities during our documentary training, production and education campaign this fall.