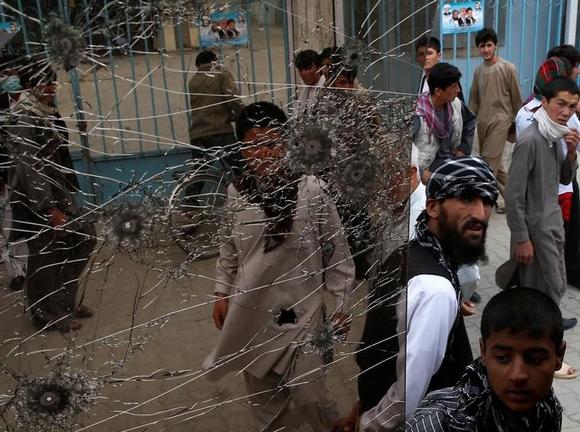 KABUL, July 9 (Reuters) – Afghanistan’s war is inflicting an increasingly devastating toll on the civilian population, with the number of casualties rising by almost a quarter in the first half of this year, the United Nations said in a report on Wednesday.

U.S.-led forces are gradually withdrawing from military bases scattered across Afghanistan after 12 years of war against Taliban insurgents, contributing to deteriorating security, with civilians bearing the brunt of the violence.

The U.N. report comes out as a political crisis unfolds in Afghanistan, threatening civil unrest on top of the insurgency as supporters of the two presidential candidates go head-to-head over the result of a presidential run-off.

Preliminary results announced on Monday gave Ashraf Ghani, a former World Bank official, 56.44 percent in the run-off on June 14, but his rival Abdullah Abdullah immediately rejected the outcome, saying the vote had been marred by widespread fraud.

Abdullah’s supporters rallied in Kabul on Tuesday, demanding he form a parallel government. Washington responded forcefully, warning it would withdraw financial and security support from Afghanistan if anyone tried to take power illegally.

The United Nations Assistance Mission in Afghanistan said ground combat was the leading cause of conflict-related deaths and injuries to Afghan civilians, with child casualties more than doubling in the first six months of 2014.

It said two-thirds more women were killed and wounded in ground combat compared with the same period of 2013.

“The nature of the conflict in Afghanistan is changing in 2014 with an escalation of ground engagements in civilian-populated areas,” said U.N. Special Representative for the Secretary-General in Afghanistan and head of UNAMA, Jan Kubis.

“The impact on civilians, including the most vulnerable Afghans, is proving to be devastating.”

Total child casualties jumped 34 percent to 1,071, including 295 killed and 776 injured, while total women casualties increased 24 percent to 440, it said.

The period has seen more fighting in densely populated areas as foreign forces pull out from most regions, with injuries caused by mortars, rocket-propelled grenades and small arms fire jumping dramatically in the first half of this year.

The rise in casualties comes despite repeated promises by the Taliban leadership not to target civilians. Yet, the report said the Taliban carried out 69 attacks deliberately targeting civilians, including tribal elders and government officials.

“In 2014, the fight is increasingly taking place in communities, public places and near the homes of ordinary Afghans, with death and injury to women and children in a continued disturbing upward spiral,” said Director of Human Rights for UNAMA Georgette Gagnon.

“More efforts are needed to protect civilians from the harms of conflict and to ensure accountability for those deliberately and indiscriminately killing them.” (Editing by Jeremy Laurence)