Boston, MA and Port-au-Prince, Haiti – Community Supported Film (CSFilm) announces the launch of its documentary training and filmmaking project – Haitian Perspectives in Film. Using CSFilm’s proven capacity building program, Haitian storytellers will be trained in the production of 10 short films. The films will focus on the causes of and solutions to the economic and social development challenges Haitians have faced since the 2010 earthquake. This project will be a partnership between Community Supported Film, Haitian community media organizations, and Haitian and international NGOs. The Haitian-made short films will be released as a compilation in time for the 5th anniversary of the earthquake in January 2015.

“Most of the reporting in Haiti is done by Western journalists, and often about issues pertaining to natural disasters, to poverty. They show the sad face of Haiti. It does not seem to fit their narrative to show the other side of the coin, that there are so many amazing initiatives that are undertaken by Haitians themselves. There are very interesting Haitian entrepreneurs. And of course, there are people in grassroots organizations that are trying to defend the rights of the most vulnerable here in Haiti.”

Aural and visual storytelling is dominant in Haiti where the illiteracy rate is at 47%. Thomassaint says,

“Because Haiti has a high rate of illiteracy, you can bring a lot of information to people through media, radio, and images. We can use this media to educate people so that they take responsibility for the condition of Haiti. My role as a journalist and my duty as a Haitian is to try and organize people via the media so they can be part of the decision-making process to solve our problems.”

Michael Sheridan, director of Community Supported Film, who returned this week from a 10-day project development trip to Haiti found that:

“There is a growing media sector in Haiti and many Haitians, young people especially, are motivated to use media as a tool for holding their government and the international community accountable to good governance and effective aid. I think most would agree, however, that a lot of critical work remains to strengthen the video-journalism sector.”

Sheridan witnessed during his visit that the media and television industry is booming in Haiti but little programming time is given to documentary filmmaking and the public issue reporting that is essential for a healthy democracy and economy. The reporting that Haitians do experience about Haiti is mostly produced by international media and typically focuses on foreign aid and foreign interests.

Haitian Perspectives in Film will be distributed through local and international broadcasters and NGOs to engage people in dialogue and action. Broadcasts, press coverage, and the outreach capacity of the NGO collaborators will be used to expand the public’s knowledge of effective aid and disaster response.
The screening and dialogue strategy will expand on the model piloted during CSFilm’s Afghan project. The Afghan-made films were the centerpiece of congressional briefings in collaboration with organizations such as the American Friends Service Committee and were shown to legislators, congressional committees, and government departments. The films were used to stimulate dialogue at venues including the US Institute of Peace, the World Bank and the Asia Society and at 148 community and university screening across the United States and in Afghanistan.

Community Supported Film launches a fundraising campaign on May 29th to raise funds for Haitian Perspectives in Film. Go to csfilm.org/support to learn more about this project and the fundraising campaign. The funding will support both the documentary and video-journalism capacity building program and the distribution of the Haitian made films.

About Community Supported Film
CSFilm’s mission is to amplify local perspectives through documentary filmmaking. We believe that those affected by poverty and conflicts are the ones best positioned to report on their community’s issues. The high quality documentary films that our in-situ trainees and collaborators produce provide essential insights into equitable development and effective governance for concerned citizens locally and internationally.

CSFilm was founded in 2010 when it completed an intensive 5-week training program with 10 Afghans in documentary production. Out of the training came 10 character-driven, lived-reality short films collected in an award winning compilation called The Fruit of Our Labor: Afghan Perspectives in Film. These stories bring to life Afghan’s efforts to address their challenging social and economic conditions and provide a fresh perspective on the needs and issues of Afghans beyond the relentless battlefront coverage of western media. The films can be viewed at csfilm.org/films.

CSFilm’s work in Afghanistan was awarded the $10,000USD Promotions Prize at the International Short Film Festival, Winterthur, Switzerland and was an official selection at Hot Docs, Toronto, Canada, and at dozens of other film festivals. Learn more about CSFilm at csfilm.org.

Haitian Perspectives in Film is the second of CSFilm’s local-perspectives filmmaking projects, a model they are developing into a Local Voices Network, a go to source for local storytelling on human development. Read more here.

Haitian Perspectives in Film Fundraising Campaign
CSFilm is asking for a minimum of $27,750, to contribute to the development and implementation of the Haitian filmmaking training and the initial distribution of the films.
To read more about the project, and learn about the different ways to donate visit our website at www.csfilm.org/support.

Michael Sheridan, Founder and Director of Community Supported Film
Michael Sheridan is a filmmaker and educator whose documentary films address issues of social and economic development and the tipping point between order and chaos. For nearly 20 years Michael has engaged the public in stories from Asia, Africa, and the Americas about people in vulnerable and developing communities challenging the status quo and struggling to improve their lives.

Michael co-founded Oxfam America’s documentary production unit in the mid 90s and has sought to break new ground in the effective use of media to educate and impact poverty-reduction policy. Subsequently he started his own production and public engagement company, SheridanWorks, which worked on media campaigns for Save the Children-UK, Bread the World, Pact, and many other national and international organizations.

Michael’s documentaries have aired on PBS, ABC, TLC, and Discovery. The National Education Media Network, the Columbia International Film and Video Festival, the United Nations Association Film Festival, and EarthVision have all screened and awarded his films.

Michael has taught documentary and experimental filmmaking for 15 years at the community and university level including at Northeastern, MassArt, and the former Boston Film and Video Foundation. He teaches seminars on using video for education and advocacy at Harvard’s Kennedy School of Government. Michael has an MFA from the Massachusetts College of Art. During the 2007-08 academic year he was as Senior Fulbright Scholar in Indonesia.

Ralph Thomassaint Joseph, Haitian Program Coordinator for Community Supported Film
Ralph Thomassaint Joseph is a multimedia journalist based in Haiti. Prior to the Haitian earthquake in January of 2010, Ralph worked for Enfòmasyon Nou Dwe Konnen (ENDK), a daily radio program launched by Internews, a non-profit that provides a platform for local news to be distributed globally. After the earthquake in Haiti, Joseph’s work was distributed to nearly 40 radio stations to keep locals up to date on the conditions in Haiti. In addition, he was part of nearly 600 news shows, which ended up serving as training tools for young and aspiring Haitian journalists. Joseph is the winner of the 2014 Prix Philippe Chaffanjon award for multimedia reporting in Paris, France.

Materials: Pictures and video are available from Michael Sheridan’s recent trip to Haiti as well as from the films and training from CSFilm’s first project in Afghanistan. 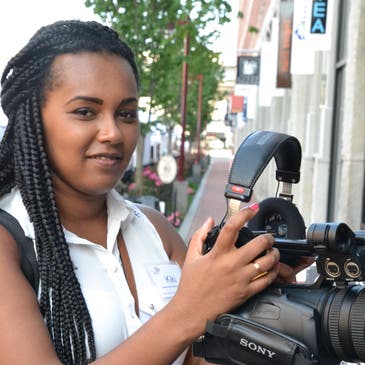 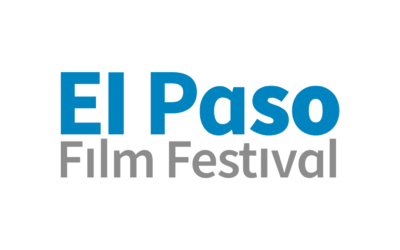 Qin Li's Campaign for a New American and Kebrewosen Densamo's Borrowing Fire are included in the...