Media: Citizen journalism gets more stories out than traditional reporting in war-torn Syria

Citizen reporters are increasingly getting stories out of remote areas of Syria, which are difficult for traditional media to reach during the conflict, according to data collated for Index on Censorship magazine.

It showed more reports were coming from citizen journalists thantraditional media, in all areas of the country, with the exception of Homs.

Index on Censorship magazine worked with Syria Tracker, the independent news tracker, which has scanned 160,000 news reports andsocial media updates to look at the scale of citizen journalism. Syria Tracker verifies and analyses data before publishing on its own website. Only 6 per cent of data is considered to be well enough sourced to be published.

“Syria Tracker monitors 2,000 different news sources, including pro-regime outlets. Add to this 80 million social media updates and 4,000 eyewitness reports, and you can draw some interesting conclusions,” according to Index on Censorship’s deputy editor and author of the article, Vicky Baker. “For example, female deaths at the beginning of the conflict totalled one per cent, but then sharply rose to reach 18 per cent – clearly suggesting a point where citizens became targeted and were not collateral damage. This data analysis has also shown that children make up 11 per cent of all documented killings in Syria – with reports suggesting they have been targeted while at school, at home and while waiting in bread lines.”

“These sort of projects are vital to worldwide news organisations and, when aided by data journalism, can help us gain a fuller picture of the devastation being wrought,” Baker says.

Syria Tracker has been hacked and targeted with threats; some of its citizen reporters are missing, possibly dead. If citizens had abandoned the project a few months after the 2011 launch (as was anticipated), our understanding of events between Syria’s borders would be even more limited.

Tass Kass-Hout, Syria Tracker’s founder, said the work was relentless, and like a hurricane happening every minute. Yet Syria Tracker provides another tool for those attempting to piece together the full picture of what is happening during the war. “This is not a clinical trial,” says Kass-Hout. “We are telling a story, it’s a living record.”

Few professional journalists can reach remote regions of Syria. Instead thousands of citizens are helping to get the news of the devastation out. To date, Syria Tracker has mapped over 4,000 geotagged verified eyewitness reports, and uses large-scale data mining to scan news reports and social media updates. Only verified data are published – around six percent of what Syria Tracker receives. Manual checking can take several days, and includes correlating nearby reports and sometimes involves scanning gruesome and shaky video footage. Members of the core team work two to three hours each day in addition to their day jobs.

Syria Tracker offers us a window into the future of journalism, in particular war reporting, says Baker. International press and aid organisations are unable to rely on their own personnel on the ground, and so the world is looking to citizen journalism and crowdsourcing more than ever. Data compiled for Index on Censorship showed that the majority ofnews reports (June 2011 to Feb 2014) outside Homs were sourced via crowdsourcing, rather than traditional news journalism. For instance in Aleppo, 184 reports came from news articles, and 18,776 from crowd sourcing, according Syria Tracker data. 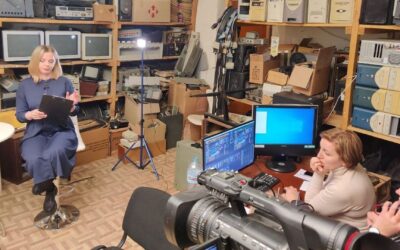